Prepare to be re-oriented – we welcome back the Atlas of Norbiton, which today maps out benches and their historical ramifications.

Years ago when I was teaching English in Rome I had an American colleague – William Smith III of Colombia, South Carolina – who one month, with still some days to go until payday, laid it out his last ten-thousand-lire note in the world on twenty cigarettes, a newspaper and an ice-cream, and spent a sunny afternoon sitting on the shady stone bench at the base of the Palazzo Farnese. 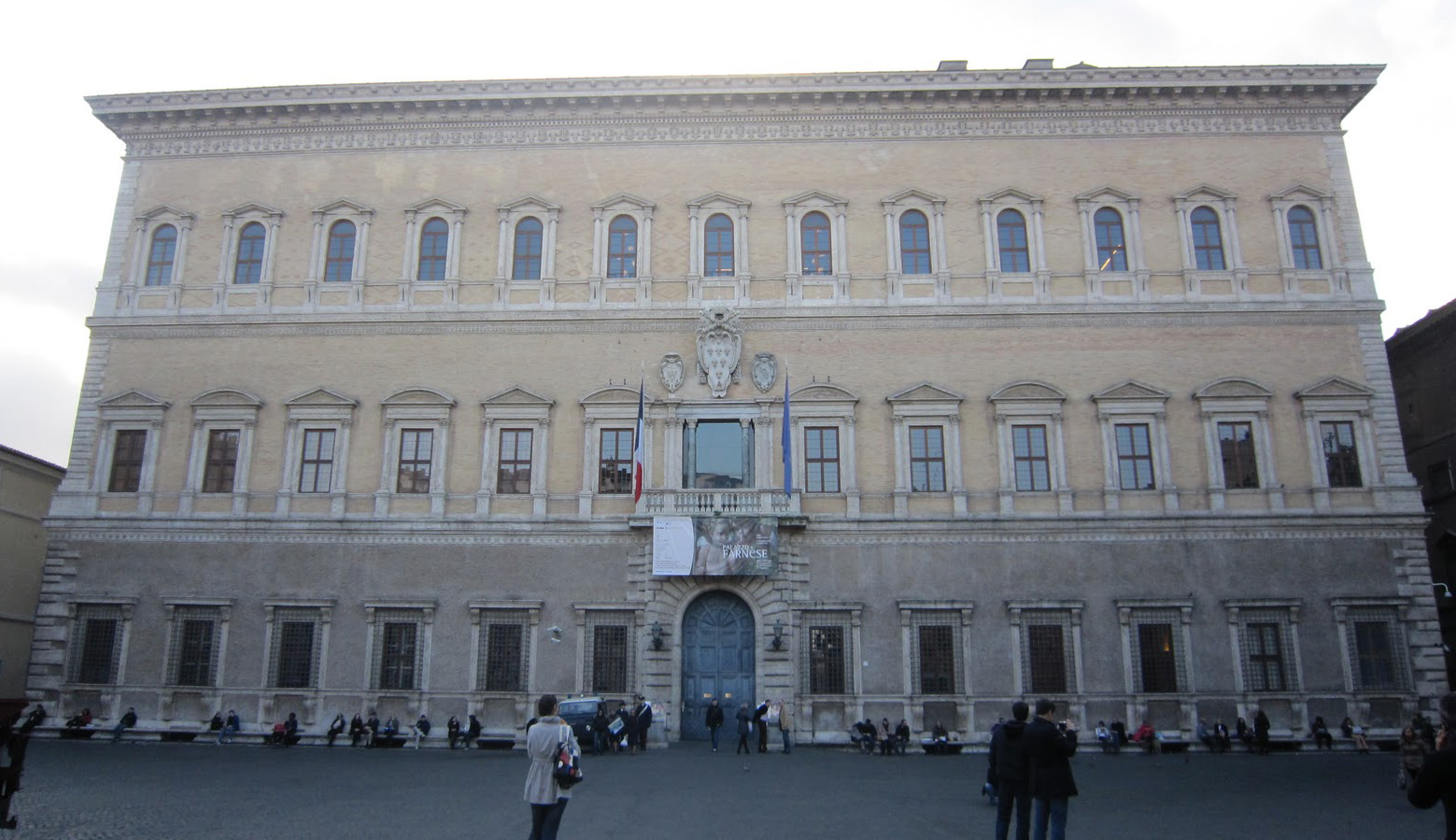 This apparently cavalier gesture was, I like to think, underpinned by a certain precision, in part because of the jigsaw nature of Bill’s calculation – those three items would have come to almost exactly ten thousand lire at the time – and in part because of the spot he chose. That bench is not just anywhere; at the risk of sounding fanciful, it marks a precise boundary between the zone of pure idleness and the theatre of civic engagement, a boundary which Bill – with his ice-cream, cigarettes, and newspaper – very emblematically straddled. 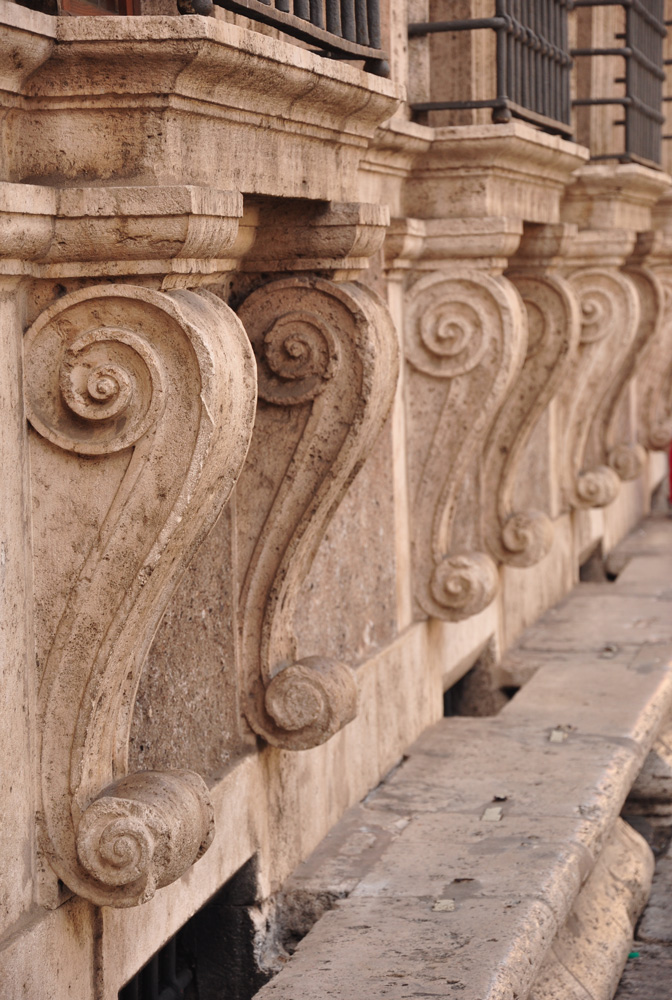 Al-fresco bench-sitting in general has a history rooted in the classical civilisations, but Bill’s particularly ambiguous brand it is perhaps more accurately tracked to the Renaissance, because benches running around the base of Renaissance palazzi were both an aesthetic and a political gesture: the benches were made not only to enhance the structural cohesion of the classical facades – paralleling the other horizontal courses (frieze, cornice etc.) and rooting the pilasters and columns – but to gather the clan.
Benches are where suitors and clients sit and wait, retainers pick their teeth and scowl at visitors; a bench or network of benches draws people to you. And where before they might have skulked or shivered in the courtyard of your inward-looking fortress, they were now draped around the exterior like a billboard.

The pioneering building in this respect was the Palazzo Medici in Florence, built for Cosimo de’ Medici by Michelozzo di Bartolomeo between 1445 and 1460. 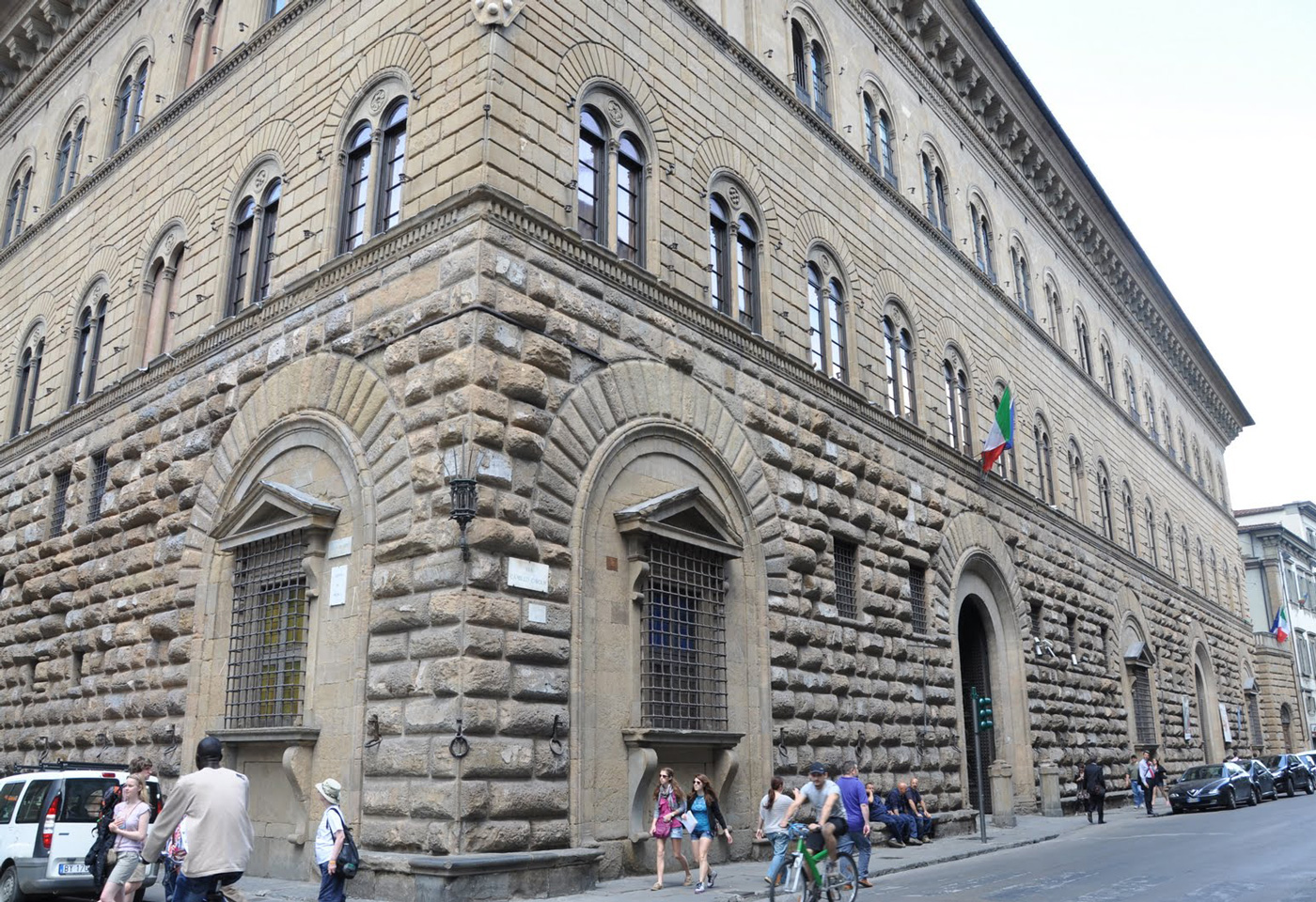 The bench which skirted the Palazzo Medici (and penetrated it – it lines the entrance way and parts of the courtyard) deliberately mimicked those of the main civic centre of Florence, the Piazza della Signoria, which had tiered stone benches on three sides and was conceived as a theatre of state: elders would be ranged on benches during the great public celebrations, themselves a visible emblem of order and dispersed power in the burgeoning republic.

In stealing the idea, the Medici were clearly trying to establish another centre of gravity along the via Larga – the street that connected their new palace with the monastery complex of San Marco which Cosimo heavily patronised. But other new palazzi quickly copied the Medici pattern – the Rucellai, the Pitti, the Stozzi; and in short order the patrician palace bench became a universal feature both in Florence and elsewhere, and so lost its political bite; it was sucked into the commonplace background of the city and could revert to the seat of idleness it had always, in truth, been.

Because bench sitting, however clever the political manoeuvre, is proverbially associated with idleness. A park bench is where the retired, the unemployed, the failed in general go to run out their time. Similarly in the fifteenth century, to say that someone couldn’t get himself off the bench (non si potere levare al panca) meant that they were not only impecunious but had no recourse, no hope of betterment. Ghirlandaio, in the background of one of the frescos in the Sassetti chapel in Santa Trinità, shows the Piazza Signoria as it really was, with loungers and gangly youths sprawled over the sacrosanct seating (to the left is the so-called ringheria around the leading edge of the palazzo; straight ahead is the Loggia dei Lanzi, which still has its benches today):

The Italian Renaissance city was never exactly a city turned inside out – real power still kept indoors. But, like Uncle Feedle’s house in Bagpuss, which only stood up when stuffed with cotton wool and had all its furniture on the outside, its major buildings had now institutionalised idle or disgruntled hanging about, and re-imagined them as a form of action.

Thus while Bill on the bench was not quite a stone-broke retainer picking his teeth with a knife and waiting for something to turn up, he was nevertheless not merely hanging around; he was a man of about 30 in a poorly-paid job with aspirations which had drawn him to Europe but which he had not yet fulfilled; and at that low ebb he had put together his little theatre of wry defiance – he had an ice-cream, this was Rome – and planted himself stolidly on the brink of, well, some other thing.