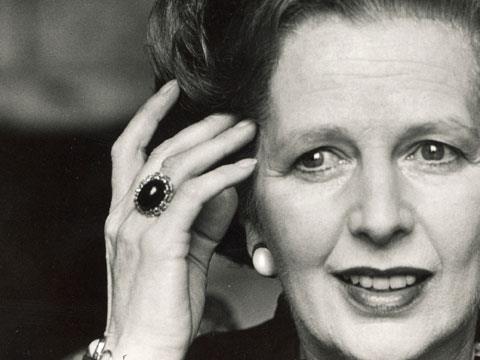 Baroness Thatcher was inarguably a towering figure of the 20th Century and her legacy will be debated fiercely elsewhere on the internet. But here on the Dabbler, we just want to pay tribute to her radioactive allure…

I never thought I’d say this – let alone write it down somewhere public – but that Mrs Thatcher was actually a bit of a looker in her younger days, wasn’t she? The photo above, from The Guardian of all places, I think proves my point.

A spotty teenager for most of the ‘80s, her allure entirely escaped me. It’s easy to assume that imagining yourself fancying her back in the day is simply a sign one’s getting old; a bit like the policemen getting younger. But not necessarily – others saw her charms quite clearly, and not just that dirty old shocker, Alan Clarke (Diaries, passim).

Hugo Young, in his superb biography One of Us, discusses how her sex influenced perceptions of her as Prime Minister and quotes from a couple of French sources: they describe her in lyrical, almost moon-struck, terms. One newspaper was particularly infatuated by the mystery of her sex…

Le Quotidien de Paris…permitted itself to speak of this political leader in terms it could not have begun to employ about a man, even one it admired to distraction. Mrs Thatcher, it said, should not be called the Iron Lady, ‘for that metal is too vile, too obscure’. She was, instead, ‘a woman of uranium, with peculiar irradiations. Compared to her, how leaden appear most of our leaders, opaque masses of flesh, austere fortresses without windows, save for the loopholes of deceit and the skylights of hidden pride. Power corrupts a man but liberates a woman and reveals her for what she is.’

Good that, isn’t it? Mind you, being radioactive is less likely to be reckoned a good thing nowadays, even in France.

Of course, one would expect the French to have perceived her in such sexually mythic terms. Apart from sex being one of their special subjects, they wouldn’t have been distracted by the British obsession with social class. That is, their view was not prejudiced by what a rather frenzied Jonathan Miller once described as her ‘odious suburban gentility’.

Then there’s Mitterand’s notorious comment that she had ‘the eyes of Caligula and the lips of Marilyn Monroe’ (eyes of Caligula? Sensuously cruel, I suppose).

I think as time goes by we’ll appreciate more and more the very real strangeness of Margaret Thatcher: not just her historical but also her personal uniqueness; in a word, her charisma. Rather like uranium, her peculiar radiations will persist. It may be that in the long run only Boudicca and Elizabeth I are comparable figures.

If so, one would expect there to be an historical and literary interest in her long after all her twentieth century contemporaries – with the exception of Churchill – have been forgotten. I say literary for, as with the Icenian and Virgin Queens, the novelists and playwrights should have as much to say as the historians, Alan Hollingsworth’s The Line of Beauty being one of the first notable efforts in this direction. And I don’t believe this is a partisan comment in any way: rather like one of Shakespeare’s protagonists, loving or loathing her is really beside the point.

19 thoughts on “The Woman of Uranium”