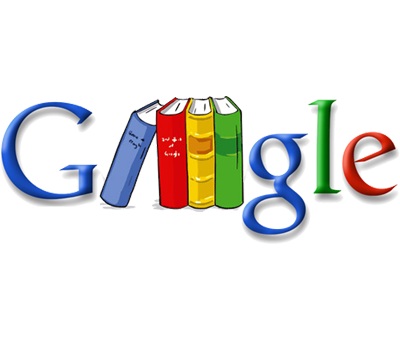 The internet has revolutionised the lexicographer’s ability to find authoritative information, says Jonathon Green. So why do so many still reject authority…?

It is a truth universally acknowledged that the ever-expanding aggregation of digitized information that we shorthand as ‘the Net’ has changed the game. All the games. Being no doubt both oaf and fool, but eschewing equally mud and flannels, I have but a single game. Chasing what William Cowper termed the ‘panting syllables,’ a phrase that he coined in 1782 for a poem entitled ‘Retirement’ and seems to ascribe to gents passing away their studied senescence. We shall see. Retirement does not enter into my dictionaries. There is another term, it is called research. And for that the Net has turned all known worlds upside down.

Thirty years ago, on purchasing my first machine, a wise and already far more computerate friend advised me that no, the machines were not clever, or no more clever than their users. GIGO, as the techies had it: garbage in, garbage out. On the other hand, they were fast. They have, of course, become infinitely faster and far more powerful and today I would not know how to spend the £7,000 I paid for the tortoise-powered IBM PC and its 20 MB (that’s mega not giga) external hard disk and tape backup (no one of which three components ever seemed happy to function problem-free alongside their partners).

It is the speed and the concomitant ability to chase down and present so much information that has, if only to look at the new possibilities of research, rocked the world. In terms of the searching and finding I perform there is nothing that I do now that I could not have done before. The books existed, there they were in libraries; the runs of newspapers, dry, yellowing, could extracted from a variety of archives; beyond print it was harder: if one wished to check a song lyric it was necessary to listen and pause, listen and pause; movies or TV scripts were inaccessible to the uninitiated, play scripts somewhat more common. So it went. The word was slow. The word was also serendipity: there was no focusing on a single word and looking for it. What you got was simply the fortunate fruit of concentrated (in every sense) reading. Indeed a good deal of even my 2010 book was gleaned thus.

As we know, all ça has changed and for once, in form if not content, it definitely ain’t la même chose.

For instance a check with Google Book Search shows me that changed the game, in its metaphorical sense is currently first recorded in Washington Irving’s 1857 Life of George Washington. This is backed by Google Ngrams. Game-changer, again metaphorical, can be traced to the early 1970s via both sources. (Logical enough: both are based on Goggle’s vast armoury of scanned materials. Like every user I have serious problems with GBS, but that’s another story).  It is possible, and the option is there though in some cases it may require a subscription, to look further and run these searches through a variety of newspaper databases. Given the vagaries of OCR (which also impinge on Book Search) this may lead to false positives, and looking for metaphors always adds an extra dimension of frustration, but at the same time it may unearth earlier uses of both terms. It should also be noted that neither term as yet exists in the OED. Of course I might, had I been reading Irving’s book (a near impossibility given my primary interests) have stumbled upon it. For any form of pointilliste evisceration it also matters that book X or newspaper Y has been scanned in the first place. But the bigger picture is undeniable.

This all seems good to me, a no-brainer even (first GBS record 1961; OED – using a newspaper archive – has a slightly ambivalent use for 1959) and everyone will have their own perspectives and their own uses for that box – on the desk, in the hand – and whatever technology connects it to the information-dense world.

What I find perverse, therefore, is that some simply don’t want to know. Fred Shapiro, author of the Yale Dictionary of Quotations, has recently reviewed the newly revised Bartlett DoQ for the TLS. As he notes, not only are many ‘deathless’ quotes omitted, but there seems a willful refusal to look beyond long-encrusted givens as regard ‘great lines’. The problem being that we can now check: such and such a humorist never made crack A (we know, all her scripts are on offer), a Nobel prize winner delivered no such aphorism as B (again we can run down his dicta). Yet ‘we’, or at least Bartlett, do not. The same goes for popular etymology. Among the etymologists’ holy grails is the phrase ‘the whole nine yards’. My own take runs ‘ety. unknown, but most of the many suggestions involve supposed standards of measurement, from the dimensions of a nun’s habit to the capacity of a cement truck and the length of an ammunition clip to that of a hangman’s rope. However, few, when checked, actually run to nine yards. It is most likely to be the use of nine as a form of ‘mystic’ number.’ My own ‘first use’ is 1960.

Now it appears that we do not need the nine. Let alone the 1960. An instance of ‘the whole six yards’ has been disinterred: a sports headline from a local US paper of 1922. And even better: during his own researches Mr Shapiro has found instances of ‘give’ or ‘tell’ the ‘whole six yards’ of a story in 1912 editions of the Mount Vernon Signal, Kentucky. The New York Times wrote all this up. The comments flowed in. If they have a theme it is simple: ‘I don’t care. My uncle/grandad/barber said it came from this [all the theories above and more] and I’m sticking to it.’ As for me, the database is already revised.

I truly don’t understand: is this some people thing I don’t get? I am locked into the necessity for ‘authoritative’ reference to be just that. We’re human, we fail but we’re definitely meant to try. We have the means, so use ’em or lose ’em.  The second of which refers to book-buyers. Fuck knows, there aren’t that many left.

3 thoughts on “Net Gain, Your Loss? – Authority in the internet age”