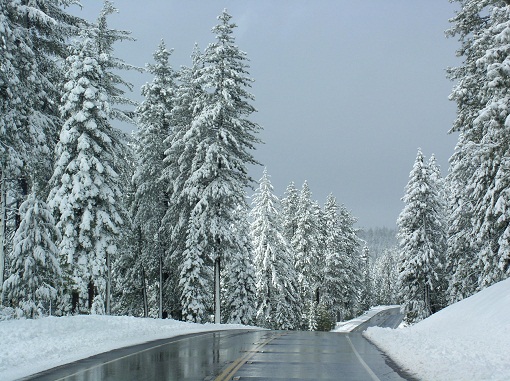 An early Christmas present, from Mahlerman…

Working in and around Notre Dame (Paris) from the middle 12th Century were a group of composers who came to be known as the Notre Dame School of Polyphony – polyphony being, briefly, a style of composition employing two, or more, simultaneous but relatively independent melodic lines.  The only two of this group that we know much about are Leonin and Perotin, or Perotin the Great, both probably French.  Perotin was the first known composer to write music with more than two voices.  Here, the Alleluia: Nativitas, an organum based on a Gregorian melody for the nativity of the Virgin Mary.   150km North-East of Paris is the holy district of Laon, and there stands another Notre Dame, the marvellous Gothic Cathedrale Notre-Dame de Laon, a tour of which we can enjoy while listening to this nearly one thousand year old music.

Since 1982 the Estonian composer Arvo Part has lived in Berlin, and his Seven Magnificant Antiphons were composed for that city’s RIAS Chamber Choir in 1988, with a revision in 1991.   In the Roman liturgy, antiphons are sung at Vespers during the week leading up to, and including, Christmas Eve, and the final part O Emmanuel simply means ‘God is with us’.  The American Steve Reich had this (among other things) to say about Part “His music fulfills a deep human need that has nothing to do with fashion” .  See if you agree.

Not really a Christmas Panto, but as a way ‘into’ music for children, and adults, I know of no better entree than the magical fairy tale The Cunning Little Vixen by the Moravian Leos Janacek.  Maturing very late (he was in his 60’s when the Prague production of Jenufa made him famous), he had a life-long fascination with the lilt of the human voice, famously jotting down the notes uttered by a page-boy shouting ‘wanted’ names in his London hotel.  The late Sir Charles Mackerras studied in Prague and had an enduring passion for Janacek’s music, promoting it wherever he could, and he is conducting the performance here, recorded at the Theatre du Chatelet in Paris, with the great Thomas Allen as the Forester, seeing the wonder of nature in the closing pages.

1685; what a year.  Though born just a few weeks apart Handel and J S Bach had very little in common.  Handel, rather pious and upright was very much a man of the world, a man of the theatre.  J S Bach lived through the organ loft and was every inch a churchman, his greatest compositions destined for performance under God’s roof.  Handel was the embodiment of cosmopolitanism, Bach remained, in essence, wholly German.  Handel wrote Oratorios that are theatrically dramatic;  Bach’s are contemplative, reflective – in fact, it is not too outlandish to suggest that all Bach’s music is religious because of the nature of the man himself.  The Christmas Oratorio BWV248 is perhaps the best known ‘middle period’ work and here, from the second part, is the transcendental alto aria Schlafe, mein Liebster, filched from BWV213 as the famous ‘sleep aria’, and making better sense in the earlier work.  The old boy, like most of the very greatest, was not going to waste a wonderful tune when he could use it – twice!

At this time of year many of you, I imagine, look back over the peaks and troughs of the past year, as well as looking forward to the next chapter – which I notice has a thirteen in it.   Many of you will also know the haunting poem The Road Not Taken by the American Robert Frost.  I gave it no more than passing interest until I stumbled upon this bewitching vid, and the extraordinary uncredited delivery of the words.  It is a sort-of music, I think; the music of words.