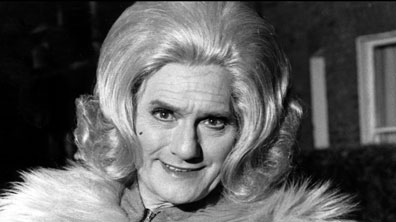 Did Beethoven and Tchaikovsky write any bad music? Yes, says Mahlerman, but he loves it anyway. Here are his guilty pleasures…

I’m on thin ice this week; I don’t think I really know what I’m talking about.  A painting or a book is a physical object that we ‘read’ with interest, or not, make an effort to understand, or not.  We then attempt an appraisal based upon our instinctive and learned values, and this matures into an emotional reaction.  Music, it seems to me, skips the middle section, and moves directly from perception to emotion; the middle bits, if they come at all, come later.  This allows so-called ‘bad’ (let’s not go there this week) music to flourish.  In all the years I have listened and played music, the appeal of second-rate music has never left me, and I hope this post might draw-out some comments (or even an explanation) from Dabblers who have the same sense of puzzlement – and ‘if I like it, it’s good for me’ is just not acceptable, I’m afraid.

Back in January I posted a piece called The Bells The Bells, and tucked away toward the end was the horror story that is the Second Symphony by the Armenian Aram Khachaturian, and while acknowledging the rich vein of Caucasian melody that infuses almost all of his music (including this massive symphony that is packed with great tunes), it should also be recorded that this talent sits badly on a large orchestral canvas, a fact that obviously didn’t hold this Orientalist back from expanding and layering to achieve the effects he wanted. The Violin Concerto was taken up by David Oistrakh and his son Igor after the war, and although the material is quite undistinguished, the languorous slow movement has a sinuous charm.  The D flat Piano Concerto had a huge vogue in the 50’s, promoted by the great Russian pianist Mindru Katz and later by our own Moura Lympany.  Here she is in a mercifully short excerpt from the slow movement.  Note the wonderful opening moments with the rarely heard Bass-Clarinet, followed by the simple setting-out of the touching main theme (at 0.30), a tune which you will struggle to get out of your head.  Then, at 2.38 arrives a demented Swanee-Whistle on steroids in the shape of the Flexatone, serving no useful purpose that I can detect; what was he thinking about?

‘What I shit is better than anything you could ever think up!’  Whatever criticism could be levelled at the great Dionysiac Ludwig van Beethoven, an underestimation of his worth was never part of his make-up – even when there was plenty of evidence that perhaps the master had had an off-day.  That evidence is plain to see, and hear, in his Opus 91 Wellington’s Victory, sometimes known as the Battle Symphony, a piece of musical hokum written to celebrate Joseph Bonaparte’s defeat in Spain on midsummer’s day 1813.  Although it lasts for just 15 minutes, such was its popularity that it made this great Ludwig a small fortune in performance and publishing fees proving, as if we ever needed to, that taste is rarely called to account in these matters.  You will doubtless recognize a tune or two.

Formed in the 1870’s, the D’Oyly Carte Opera Company had, for over one hundred years, a strangle-hold on the performance and recording of the Gilbert & Sullivan operas (for that is what they are), that is only now starting to be relaxed.  In the immediate post-war years most families had a rotund grandfather or uncle who, without any prompting after a wine-ladened Christmas dinner, would launch into his own version of ‘A Policeman’s Lot Is Not A Happy One’, expecting the nippers around the table to form the chorus of ‘Happy One’ at the end.  The result was a violent reaction against  this body of work, to the point where, in some quarters, they were regarded as unmentionable.  What is undeniable is that the beautifully crafted melodies of Sullivan, married to Gilbert’s immaculate lyrics and clever plots, still have the power to move and excite an audience.  The marvellous baritone Derek Hammond-Stroud died earlier this year.  Here he is as Ko-Ko in The Mikado in 1973, trying to persuade Heather Begg’s Katisha that he is the man for her, in the plaintive ‘Tit Willow’.  Yes, it is rather arch and corny, but I do love it.

Here’s a treat – a real pearl in the cow-pat.  Although no serious musician would doubt the genius of Peter Ilyich Tchaikovsky, a serious musician would also have to acknowledge that temperamentally he was far removed from the ordinary.  In addition, his grasp of musical architecture and development was well short of what might be expected from such a unique talent.  Always looking inward, he was well aware of these shortcomings and tried all his life to make good the defects, with only limited success – ‘What I write has always a mountain of padding; an experienced eye can detect the thread in my seams and I can do nothing about it’.   He wrote three piano concertos. The famous war-horse first in B Flat was an enormous success, almost from its birth, and silences criticism with its blend of pathos and elan;  the third in E Flat Major a trite piece, left unfinished; No 2 in G Major is a bit of a curate’s egg, and performed hardly ever. The first movement is too long, and rather bombastic, though there are some wonderful pages; the third movement is weak and empty. But the Andante second movement is a complete gem that might have been lifted whole and unchanged from the perfection that is the Swan Lake ballet. Half way through it becomes a trio-concerto with solo contributions from violin and ‘cello, and the main theme is a real heartbreaker.  My, what a tunesmith he was.

5 thoughts on “Ooh, you are awful…but I like you.”