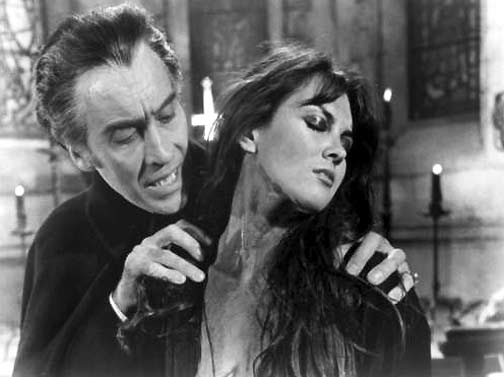 Kensington Gore: Luke Honey takes us on a trip around some London landmarks captured on film and uncovers some strange and groovy goings on down the King’s Road…

I first noticed him one Saturday morning; about a week or so after moving into my new house in Battersea: a man with an instamatic camera, lurking near the bay tree outside my shiny, bijou front door. A middle-aged man with a beard, wearing an anorak. One twitch of the curtains, and he was gone.

Knowing that something was up, I turned to that “simple sword of truth”, Google, and discovered that I had the great fortune to be living in the Tardis: my house had been used as a location for the 1981 Doctor Who series, Logopolis. The Doctor Who Locations Guide website gave precise directions on how to get to my street, several helpful “then and now” photographs (how grim it looked back then!) and further directions to another Doctor Who location at a lay-by on the A413 near Watford.

The camera is kind to London, and it looks, perhaps, better on celluloid than it does in truth. Are not the pavements and parks haunted by the ghosts of films past? Who can forget dear old Genevieve and the tramlines of Westminster Bridge; the true star of Blow-Up, Maryon Park near Greenwich- its grass painted lime green by Michelangelo Antonioni; the dancing chimney sweeps of Walt Disney’s Mary Poppins, the mean suburban avenues of SW11 in Up the Junction; foggy Berkley Square in Midnight Lace (actually, filmed entirely at the Universal lot, Los Angeles) or the charming street anachronisms of Shepherd’s Bush in Quadrophenia?

Still on the theme of London and film, I must raise my hand and admit to a guilty secret. I am a fan of Dracula AD 1972. Those of you who have yet to see this legendary Hammer oeuvre have a treat in store. Dracula (as played by Christopher Lee) arrives in Swinging London, and heads straight for the King’s Road where he soon hangs loose with a gang of groovy flower children, headed by a miscast Stephanie Beacham and a teen-like Michael Kitchen. The blurb on the DVD case reads: “The Count is Back with an eye for London’s Hot Pants and A Taste for Everything…”

All this, of course, is deeply amusing: it’s as if the producers at Hammer (undoubtedly pipe- smoking, Telegraph-reading squares) suddenly woke up to the idea that if the studio was going to survive, it had to get “With It”. Setting their picture in Swinging London was the answer; except of course, that by 1972, with the oil crisis just around the corner, the glory days of Terry and Julie were well over.

Christopher Neame (to go on to greater things in Colditz and the excellent Secret Army) features as Johnny Alucard (those of a cryptic persuasion will have realised that this spells Dracula backwards), the suave Count’s manic vampire side-kick. Being an acolyte of the Devil has its financial rewards, and the producers gave Johnny a mustard coloured Triumph Stag and funky Notting Hill mews pad in which to seduce the obligatory dollybird and plot fresh evil.

Other highlights include a hilarious sequence in which the gang gatecrashes a dinner party in Paultons Square: a spectacular montage involving go-go dancers gyrating to the sound of the American band, Stoneground, watched on by tut- tutting old biddies in dinner jackets and horn-rimmed glasses; and a Black Mass in which the tasty Caroline Munro writhes spreadeagled on a fibre glass altar splattered with Kensington Gore, as Christopher Neame shrieks out one of the all-time immortal lines in British C-Movie history: “Dig the music, Kids!”

Chelsea, alas, is now probably a shadow of its former past: the area around the former Duke of York barracks (where in the glory days of Vivienne Westwood, punks used to gather) now a clean-cut shopping mall for banker’s wives along New England lines; Carlyle Square, where William Walton and the Sitwells first performed Charade to a salon of the avant-garde, now more likely to echo with the pneumatic drills of a basement dig-out; The Cavern, at World’s End, once the haunt of the chain smoking kids from Dracula AD 1972, now a Yoga Health Studio; quirky boutiques replaced by international chains. Picasso’s Cafe, The Chelsea Kitchen, Pucci Pizza and the Chelsea Antiques Market (albeit in their original incarnations), no more. And so on, and so on. Chelsea, requiescat in pace.

But London, like English society, is fluid; constantly evolving, and this is one of its many strengths. The city is built on a mixture of shifting sand, clay and gravel, and what lies below is mirrored above. Perhaps “Chelsea” is more an attitude of mind, rather than an actual place, more likely these days to be found in Spitalfields, Shoreditch and other environs of the East End? In a century’s time, I have no doubt that “Chelsea” will still be with us. With any luck, it might even arrive back in SW3. Full Circle.