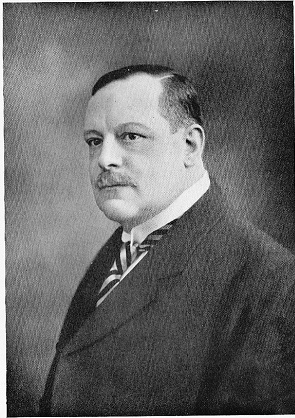 ‘For Galahad in his day had been a notable lad about town. A beau sabreur of Romano’s, A Pink ‘Un. A Pelican. A crony of Hughie Drummond and Fatty Coleman; a brother-in-arms of the Shifter, the Pitcher, Peter Blobbs and the rest of an interesting but not strait-laced circle.’
P.G. Woehouse Summer Lightning (1929)

The Master is back. And so soon too. But only en passant. Hands up those who recognised any of the proper nouns above, Galahad ‘Gally’ Threepwood aside. One restaurant, one weekly sporting rag with a strong sideline in the music-halls, one club (membership ostensibly gents only), one aristocratic soldier, one Brobdignagian sponge, two journalists and a tipster (but weren’t they all if given an audience with sufficient straw in  its hair).

They had a ‘Master’ too (of fox hounds rather than literature) and celebrated themselves as his ‘Men’. His name was John Corlett and Vanity Fair’s caricaturist Spy has him as a choleric country squire and racing man, which he was, and sporting men of every definition knew him as proprietor and editor of the The Sporting Times which he had taken over from its founder, the pleasingly named Dr Shorthouse. Printed as would be its financial cousin on pink stock and thus named ‘The Pink Un’ it was blushing, said some, for its contents which were sport – mainly racing and boxing but also cricket for which it created The Ashes (in a piece by Reginald Shirley Brooks, the ‘Peter Blobbs’ of Wodehouse’s lines) – gossip, the halls and their stars (primarily the female variety), and a form of patriotism that depended on sneering at Jews, ‘niggers’ and all things and persons foreign. The humour was nudge-nudge rather than witty, and if it ever approached blue, it was of the palest tinge. 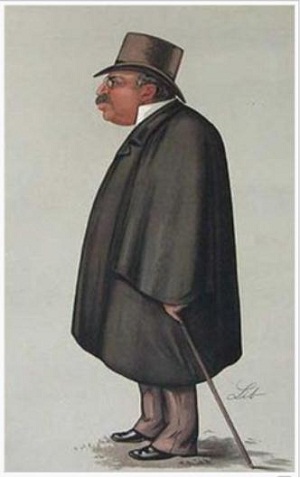 The writers were Pink Uns too. Some freelanced occasionally for Punch or Fun, and drifted off to write songs or skits for their theatrical friends, but the turf came first and that meant that the Pink ‘Un paid their bar bills and bookies. Best-known was The Shifter who was Willie Goldberg (Jewish by name but seemingly Catholic by confession) and The Pitcher, as in Tale-Pitcher, who was Arthur Binstead, anecdotalist supreme and the paper’s star. Among much else he wrote a column penned in ripest ‘Jewish’ called ‘Houndsditch Day by Day’ and signed ‘Morris the Mohel.’ (A mohel being one who performs circumcisions). Yet aside from the innate jibing that underpinned the whole conceit, it was remarkably neutral, even affectionate to its East End subjects and displays an egregious command of Yiddish. But then Binstead had a Jewish wife.

Peter Blobbs was one among many pseudonyms: others included Nathaniel Gubbins, Ballyhooley, Jim the Penman, Roi d’Atout (French for ‘king of trumps’ and pronounced ‘Rooty-Tooty’) and The Dwarf of Blood who as Lieut.-Col. Newnham-Davies was perhaps London’s first ever restaurant reviewer and much revered as such. The Pink ’Uns liked their food and with it drink and while the snottier or at least more pretentious end of the market might be seen with Oscar at the Café Royal in Regent Street, down the market, or any way across the other side of Trafalgar Square was little brother Willie, an occasional Pink Un, dining with the rest of them at Romano’s, the culinary centrepiece of the Strand. Here one found Pink ‘Un writers and readers. Younger sons, prize-fighters (the later often ‘minding’ the former), bookies, bloodstock owners, music hall artistes and, though none of the memoirists have ever have been so vulgar as to say so, whores, or certainly grandes horizontales. Visiting colonials and pink-cheeked subalterns – who were more used to reading than joining in – gawped at the show and mouthed the names of their passing heroes. Hughie Drummond, a drinker whose liver proved a doughtier opponent than foes dispatched on foreign fields, liked to dunk their heads into the aquarium where the restaurant’s lobsters lounged away their final hours. And if they weren’t at Romano’s then it was the Pelican Club in Gerrard Street which, like many Pink Un entertainments which seemed to sell more than was ever paid for, was fun while it lasted.

Then there was Henry Benzon, better known as the Jubilee Juggins. Benzon, who inherited £250,000  from his father, a Birmingham umbrella frame-maker, went through it in less than two years. That had been fun while it lasted too. The stumers started bouncing in 1887. It was Victoria’s Golden Jubilee that year, and at least he earned a nickname. The Romano’s regulars established a fund to give him one pound a day for life.

The Pink Un’s also boasted ‘Doss Chiderdoss’. The name which allegedly means ‘sleep, gently sleep’ and refers to the slang doss, a bed or a sleep, was the pen-name of A.R. Marshall. Marshall wrote a weekly ‘Pome’ which adorned the journal’s cover. For instance, ‘Meg’s Diversion: A Sonnet in Slang’, in the edition of 4 September 1897:

A tear-drop fell from the girl’s mince-pie,
And her raspberry-tart was torn
With anguish; For she’d an empty sky,
And nothing to bullock’s horn.

But she cooled each mince with a little scent,
And her Barnet arranged with grace;
And then down the apples and pears she went
With a sorrowful Chevy Chase.

The  Pink Uns were nearer to Egan’s Tom and Jerry or Surtees’ Jorrocks and Soapy Sponge than anything more recent. World War I carved an awful chasm between then and now and the Sporting Times was wholly on its further side. The magazine struggled on through the Twenties but it was not cut out for modernity, let alone modernism. Ulysses, it would note in 1922, ‘appears to have been written by a perverted lunatic who has made a speciality of the literature of the latrine.’

It folded a decade later. Wodehouse’s timeless cavalcade could still find it a place – and even that was in a memoir – but that was an exception. The Depression left little time to reminisce over the supposedly ‘Naughty’ Nineties. Arthur Binstead had died on 14 November 1914, the final day of the first battle of Ypres. That the Pitcher never saw the four years of horrors that followed, let alone faced relaunching a life in the war’s aftermath seems wholly fitting.