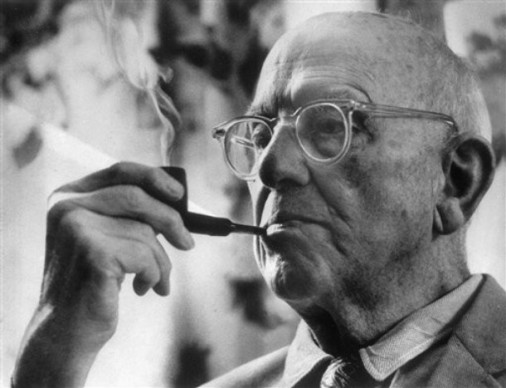 Today’s hero of slang is the peerless P.G., whose contribution to the language, especially the language of alcohol consumption, cannot be overestimated…

Setting aside, now I check, the small matter of two no. 10s in the series, this is the thirteenth Hero of Slang. I find it almost inconceivable that Wodehouse has taken so long to appear. Maybe it’s guilt; I had a collection once, then sold it at auction (the pleasure of watching two dealers battle it out for Ukridge, 1st in d.w., was vast, and reasonably remunerative),  The proceeds went to found a new collection – of slang dictionaries – but in a better world I would have kept the Master too.

Some may query the ‘Master’ . Wodehouse blotted the auctorial copybook badly and one cannot overlook the alleged collaboration. My own verdict is foolish and not fiendish, but I am also of the school that puts the artist to one side and the art to another. Otherwise the strictures upon one’s reading would resemble those upon the zealous liberal who scans the supermarket and starves, since nothing is sufficiently pure in political heart. Like a rock star Wodehouse found large fame and larger fortune at a small age and thereafter disembarked  from the world as most of his fellow-creatures experienced it.

For the reader Wodehouse remains best-known for his characters – Bertie Wooster, Jeeves, Aunts Dahlia and Agatha, Ukridge, Lord Emsworth, Mr Mulliner, The Oldest Member  – but the linguophile can bask with equal enthusiasm in his other contribution: to slang. In his hundred-plus books he tosses in British slang (blithering, like billy-o, priceless), American slang (bimbo, simoleons, yegg); fossilized slang from the depths of his Edwardian childhood and youth (oojah-cum-spiff, rannygazoo, soup-and-fish) and both criminal and common slang galore. The school stories share a vocabulary with Kipling’s Stalky & Co., but if Mike and in time Psmith disappear, the schoolboy words are still being used in what passes for Bertie’s adult life.

Some terms he seems to have cornered – certainly no-one else seems to use them in quite his way – if not actually coined: trickle and biff, both meaning to go somewhere (though he uses biff in the ‘hit’ sense too), gumboil (an obnoxious individual), browsing and sluicing (eating and drinking), loony-doctor (a mental health professional) or stymie, from his beloved golf and meaning a frustrating situation. Even the dramatis personae chip in, notably the Eggs, Beans and Crumpets (all synonymous with ‘chaps’) of the Drones Club. Cyril ‘Barmy’ (i.e. crazy) Fotheringay-Phipps (pronounced ‘Fungee Fipps’), Freddie Widgeon (widgeon meaning a sucker since the 17th century), George ‘Boko’ (i.e. ‘nose’) Fittleworth, and the club’s richest member, Oofy Prosser, whose name combines two ripe specimens of defunct Edwardiana: oofy, rich (from German/Yiddish. auf tische and referring to money ‘on the table’), and prosser, an idle sponger (though did Wodehouse know its earlier meaning: ‘pimp’?; the etymology is unknown but might come from prose, to spout on). This in turn gave the once celebrated Prossers’ Avenue in London’s Gaiety Theatre, the theatre bar where the more raffish elements of society were wont to promenade and touch their wealthier acquaintance.

Like the books themselves – set is some ’twixt-the-Wars Neverland –Wodehouse’s slang has no hard-and-fast chronology. The 1890s stuff appears without jarring in a 1970 novel. The hard-boiled Americanisms pop up amid the cucumber sandwiches on some country-house terrace. Browsing and sluicing  ranny-gazoo and ooh-jah-cum-spiff are blithely intermingled with bump off, chucker-out and four-flusher and such blithe cross-fertilization merely ups the humorous ante. .

For while few writers have been more loving of slang, and so wondrously productive in their use of it none, or at least none of Wodehouse’s calibre, have been so careless as regards chronology. He seems to have escaped scot free. If the word mavens go rootling through such as Downton Abbey in search of anachronisms they have never targeted Bertie and his pals. (Jeeves, if he uses it, is doubtless as pitch-perfect in slang as in all else). Do we, in any case, pay heed to complaints? Not me, I must admit. Slang, especially slang of a century and more ago, is very likely held in the mouth for some time before it hits the page. So a few years here or there doesn’t really matter and as I must have made clear before now: the recording of a ‘first use’ is wholly mutable and subject to the endless revisions that follow research (itself never so potentially productive of such first uses as since the Internet came to town).

It is hard to single out one aspect of Wodehouse’s slang, but one is common to all but his least appetising characters: drink, that staple of the form for half a millenium. As he put it in The Inimitable Jeeves (1923) ‘It was my uncle George who discovered that alcohol was a food well in advance of modern medical thought’ and Uncle George is no Jimmy Woodser, as Australia terms its solitary boozers. Alcohol fuels all sorts of outrageous escapades; Jeeves’ famed morning-after concoctions only exist in the context of the night before. Thus, and this is surely not an exhaustive list, we find these synonyms for ‘drunk’: above par, blighted, boiled, breezy,  cheerio, cock-eyed,  dippy, dizzy, fogged, foggy, fried,  gay,  goofy, groggy, jugged, lathered, lit up like a Christmas tree, loopy, mouldy, non compos, oiled (up), pickled,  pie-eyed, polluted, potty, rattled, rocky, rotten, rum, rummy, sloppy, snootered, soppy, sozzled, steamed up, stiff, stuffed,  submerged, tight (as an owl), warm, well-oiled, whiffled, woozled and woozy.

If there is an absence from Wodehouse’s slang it is the same absence that yawns – though who would cavil – within the books: there is no sex. Terry Pratchett, who some advocate as modernity’s Wodehouse, has nearly done the same trick: there is inference in Pratchett but certainly no intercourse though there is much Carry On-level earthiness. Wodehouse, a good deal older and with a style and fictional world established in a far less sexualised society, lets no-one off the leash. To steal from Richard Usborne’s Wodehouse at Work, the only thing a Wodehouse girl would be doing in a Wodehouse chap’s bedroom would be making him an apple-pie bed. There are girls a-plenty but most, unlike the fellows, are bright or failing that determined and they rarely suffer slang’s labelling. We have  dame, dish, donah and popsie. And someone, and do we not draw in the breath, is well-stacked. By slang’s standards we’re talking hearts and flowers.