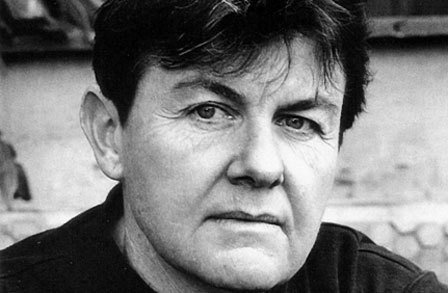 Brit once made the observation that I read an awful lot of female novelists. It hadn’t really occurred to me, but of course he’s right – I do. Why? It’s certainly nothing programmatic – it’s just that (as it seems to me) for several decades now, so many of the best novelists, especially in England, have been women.

I don’t know why this is – perhaps the shaping of the novel by Jane Austen and Henry James somehow ‘feminised’ it, playing to the traditional strengths of women rather than men – psychological and emotional insight, fascination with nuances of behaviour and dialogue – or is that all stereotypical (after all James was a man)?

Anyway, I realise that my predilection for female writers also extends to poetry – at least American poetry, where my recent reading has involved Emily Dickinson, Elizabeth Bishop and Marianne Moore, and another poet I discovered (like so much else for which I’m grateful) by way of Anecdotal Evidence: Kay Ryan, who recently served a stint as America’s poet laureate.

We are always
really carrying
a ladder, but it’s
invisible. We
only know
something’s
the matter:
something precious
crashes; easy doors
prove impassable.
Or, in the body,
there’s too much
swing or off-
center gravity.
And, in the mind,
a drunken capacity,
access to out-of-range
apples. As though
one had a way to climb
out of the damage
and apology.

So simple, so true – and so in the tradition of Emily Dickinson and Elizabeth Bishop and Marianne Moore.

7 thoughts on “Carrying a Ladder by Kay Ryan”