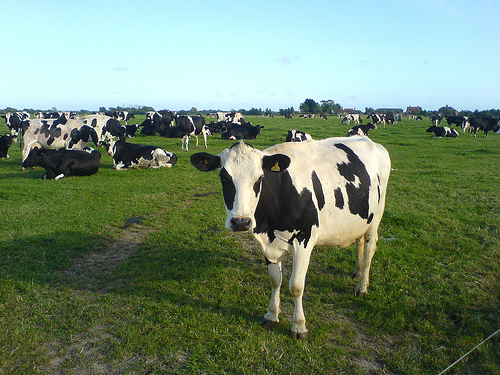 My default position when asked, as I am from time to time, how one ‘gets into’ serious music, is to suggest tuning in to Classic FM. I don’t tune in myself however, as I don’t like music chopped-up into bits to suit the attention span of listeners, and I really can’t accept some jock, in love with the sound of his own chatter, jumping in at the end with an asinine comment. But….the station does serve as a useful way to get people listening to good music, even if it is ‘relaxing classics’, or ‘the most beautiful music in the world – ever’.

And if you were to run an eye over their current ‘top ten’, you would notice that four of that list are fully paid-up members of our thriving ‘cow-pat school’, a term (which stuck) conjured up by arch-modernist composer Elizabeth Lutyens (’12-Tone Lizzie’) sixty years ago to describe the pastoral school that she clearly had little time for. No sign of Sir Edwin’s little girl in the Top 300, and I don’t hear many paper-boys whistling her first success ‘O Saisons O Chateaux’, but the Classic FM list is splattered with musical bovine faecal matter that, put simply, people love. Today we will stay clear of the chart-toppers, Vaughan Williams’ The Lark Ascending (1) and Tallis’ Fantasia (3), and take the overgrown path to some rarely heard dabbling beauties.

At Number 30 Tite Street, Chelsea, just before Christmas in 1930, the composer Peter Warlock died of gas inhalation – probably by his own hand. He was 36. His birth name was Philip Heseltine and, virtually self-taught, he created for himself a strange dual personality. Well born, and classically educated at Eton and Oxford he was however a rather weak, idealistic character who, though married briefly and producing a son, led a strange, disordered private life. An early dabbler in black magic and flagellation, he also experimented with cannabis, and became an expert composer of obscene limericks; the kind of chap we really like, here at Dabbler HQ. A closer look at his music reveals a minor genius, particularly for song; his devastatingly bleak song-cycle The Curlew, to words by WB Yeats was featured in an earlier Lazy Sunday. Here, from the Capriol Suite for string orchestra, the simple, affecting beauty of Pieds-en-l’air, the fifth movement of six.

The rehabilitation of Ralph Vaughan Williams, beginning a couple of decades ago, is almost complete – and he now stands shoulder to shoulder, if not slightly in advance of his great contemporary Elgar. Anybody doubting Elgar’s genius should, as quickly as possible, lend an ear to Gerontius or Falstaff, the Enigma or the ‘Cello Concerto; but even in these great works there is more than a whiff of the sentimentality and triviality of Imperial England, not to mention the bombast. The modalism of RVW expresses an altogether more personal vision with origins in folk song and the vocal polyphony of Tallis and Byrd. And although it is hard to think of anything more winningly melodic than the Serenade to Music, or more intoxicating than the stained-glass beauty of the Tallis Fantasia, the 4th Symphony can pin you to the wall in the same way that Sibelius or Bartok can. A few years ago one of my sons died unexpectedly, and when I was casting around for some suitable music to play at the modest service we put together in a daze (The Lion King theme is apparently very popular), I remembered the quiet, dreamy beauty of Flos Campi, an expressive, six movement pastoral for Viola, wordless Chorus and Orchestra. Along with Norman Blake’s version of ‘You Are My Sunshine’ it ensured the day was a six-hankie job.

The English teacher, critic and composer Herbert Howells also lost a son (Michael, to polio in 1935) and, by most accounts of his life, he never really recovered his composure after this dreadful event, going on to dedicate a number of works to this lost child. He was considered a rather pale reflection of Vaughan Williams, a close friend, until the composition, in the mid-30’s, of Hymnus Paradisi. Still stricken by Michael’s death, the piece lay unperformed for almost twenty years, being first heard at the Three Choirs Festival in 1950 at the urging of RVW. Today we have a close relative of the Hymnus, composed in ’32/’33, the Requiem Aeternam from the sublime Requiem…

Another acolyte of RVW was the English composer of the modal school Gerald Finzi and, though a Jew, all of his music has a strong ‘English’ stamp. The best of it has an unforced but deeply felt lyricism that will appeal to lovers of English poetry. There is very little overt drama to be heard, the music being mainly meditative and contemplative. When he died at 56 of Hodgkin’s disease and complications, England lost a still developing major talent. Here we have the early Introit for Violin and Small Orchestra, extracted from a planned Violin Concerto, and played by the LPO conducted by an early champion of Finzi’s music, and English music generally, the greatly under-appreciated Sir Adrian Boult.

20 thoughts on “The Cow-Pat School”