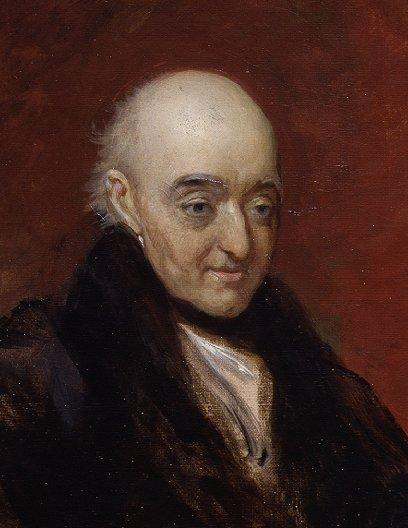 I’ve written before about the pleasure of sitting in the dry in Holland Park and looking out at the rain. Not long ago I was doing just that, from a comfortable bench in a south-facing alcove, enjoying the lusty singing of the blackbirds and robins all around. Over this bench is an elegantly lettered plaque bearing the couplet:

‘Here Rogers sat, and here for ever dwell
With me those pleasures that he sings so well.’

Rogers? The only literary Rogers I know is the all but forgotten 19th-century poet Samuel Rogers – and surely that couplet sounds Augustan? But no, a little online research revealed that the lines were indeed written by Lord Holland to commemorate his friend Samuel Rogers, the poet and conversationist who, it turns out, was a popular member of the Holland House set.

Rogers was one of those figures who loom very large in their time, less for what they have written but for their conversation – Rogers’ was sharp, fluent and witty, by all accounts – and their prodigious abilities as mixers. He moved in the highest circles, both literary and social – the kind of man who knew everybody and was invited everywhere.

Like T.S. Eliot (though in no other respect), he began as a banker before turning full time to the literary life. His greatest success was Italy: A Poem, a travelogue in verse which initially flopped, but which he cannily reissued with fine illustrations by Turner, Stothard and others – suddenly it was the book everyone had to have, if only on their coffee table. De luxe editions still fetch thousands of pounds in the antiquarian book market – for the binding and the pictures; nobody is interested in Rogers’ all too perishable lines.

Despite (or because of?) his limited gifts, he was, towards the end of his long life, offered the Laureateship – but, to his credit, turned it down in favour of Tennyson. Oddly, one line of his survives and thrives: it seems he originated ‘To know her was to love her‘. Thus something of Rogers lives on in countless funeral eulogies – and, with a slight adjustment of tense, in a Beatles song. And I have sat where Rogers sat…