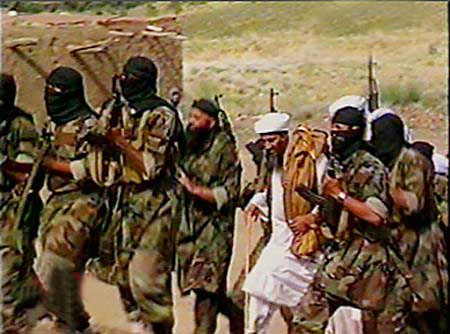 From Nazi Germany to 9/11, Jonathon Green explains why true believers don’t use slang…

‘Before [the Al Qaeda training camp] they were joking around and using slang. After the camp the guys were talking jihad, praying and quoting the Koran.’

Last Sunday, as none could fail to notice, was the tenth anniversary of 9/11, a sacred commemoration of a never-equalled attack on democracy’s very heart and soul, or a solipsistic American mawk-fest: take your pick. My comment of choice was online, from a commenter who noted, ‘Thank you for reminding me of the 9th of November, I had quite forgotten its importance.’ But then I’m a cynical old man, glib, shallow, superficial and embittered, my mind poisoned against life’s finer, altruistic things by my chosen researches. I also happened to be reading Jason Burke’s 9/11 Wars, a brilliant overview of the last decade, a monument (not least in its size) to the vital importance of tones of intellectual grey and an argument against the foolishness of monochrome assessments of a world with which we are still attempting to come to terms. Indeed it was a week of ideology: I was also perusing the story of another’s bunch of psychotic true believers, Hitler and Co. in Ian Kershaw’s The End, which lays out Germany’s obsessively self-destructive path through last ten months of World War II.

Humankind, as Eliot told us in ‘Burnt Norton’, cannot bear very much reality, and the pure in heart quail before slang, that most real of languages. Everyone wants what should be, said Lenny Bruce (whose ethnicity Eliot might have deplored but whose opinion he could have applauded), but there is no what should be – only what is. But ideologues don’t do ‘what is’, and will eagerly kill for their version of what should be. The very nature of slang – its scepticism, its humour, its refusal to honour the sacred, be that literal or metaphorical, its innate subversiveness, its over-riding taking of the piss – terrifies those for whom all is Manichaeism and as such safe. Whether it is Bush’s axis of evil, his excoriation of what the peerless Steve Bell ventriloquised as  ‘forn fnadics who hate freeman moxy and love terrr’, or the jihadists’ parading of the ‘Zionist Crusaders’ and their infinite evils, we have seen a decade of linguistic perversion for the sake of belief. Nothing new there.

Victor Klemperer, an intellectual Jewish Berliner whose marriage to a gentile (perhaps more so than his conversion to Protestantism in 1912) saved him from  the cattle trucks going East, collected the language of the Nazi era and catalogued it in his book LTI: Lingua Tertii Imperii (The Language of the Third Reich) which was published in 1947. The premise of the book is that under the Nazis, the German language was made an instrument of propaganda as potent as any of Goebbels’ more immediate slogans, and worked inexorably to inculcate the populace with National Socialism. He explained that:

‘The most powerful influence was exerted neither by individual speeches nor by articles or flyers, posters or flags; it was not achieved by things which one had to absorb by conscious thought or conscious emotions. Instead Nazism permeated the flesh and blood of the people through single words, idioms and sentence structures which were imposed on them in a million repetitions and taken on board mechanically and unconsciously. . . language does not simply write and think for me, it also increasingly dictates my feelings and governs my entire spiritual being the more unquestioningly and unconsciously I abandon myself to it.’

‘And what happens if the cultivated language is made up of poisonous elements or has been made the bearer of poisons? Words can be like tiny doses of arsenic: they are swallowed unnoticed, appear to have no effect, and then after a little time the toxic reaction sets in after all.’

It was not a matter of coinage, since Hitler’s gang coined few if any terms, but it was the way they used them: ‘special treatment’ to euphemise ‘murder’;  ‘fanatical’ used positively to suggest the ultimate in dedication, thus a fanatical Nazi meant the opposite of what it did to the Allies; ‘sub-human’, the Jew with his ‘incommensurable hate’ of the German (who felt it for him in return), the infinite use of the prefix Volk, the People, and of course the ‘Final Solution’.

The true believer cannot loosen his grasp on language any more than he can on those who speak it. The aim of his speech is language as handcuffs. What seems leaden is presumably inspiring, since to the ideological mind, to borrow from Orwell,  ‘freedom is slavery’. It is unlikely that the jihadi camps teach their idealistic young volunteers any new words. They have a theological script, and like all such scripts, that is self-sufficient. But it has no place for humour, for deviation, and certainly not for slang.

Yet given slang’s role as a counter-language, its hardwired antagonism towards the  established order, one might have proposed it as a useful lexis for the revolution. No, not at all; or not if an old boss, as it were, has invariably to be replaced by his new version. Because slang does not like uniforms, nor mantras of belief. It resolutely refuses to take sides, and pops off at every target; far too creative of what the euphemism of our modern imperium has long been calling ‘collateral damage’. It comes from the street, and for the believer the street must, no matter what the ideology, do what it is told. Slang is unimpressed. The first word slang learnt was ‘no’; the first emotion it felt was doubt. Slang does not do respect nor obedience; and very definitely, slang does not do submission.

11 thoughts on “Slang-Free Zones: Why Jihadists and Nazis don’t use slang”