Before computers, before men learned to fly, before the European empires fell apart, there was the age of steam. 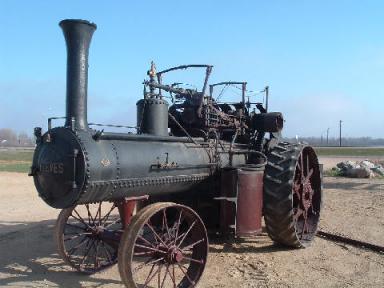 The age of steam lives on only in rusted hulks and remnants of its former glory. My own apartment building only recently got rid of a glorious steam boiler dating from the turn of the 20th century (replaced with a more modern steam boiler, sans cool rivets and heavy construction). The old one looked something like this: 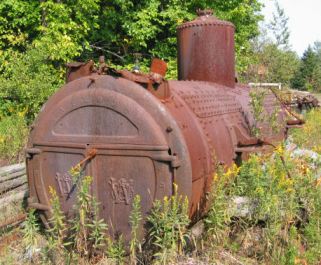 Steam power is ridiculous when you give it a moment’s thought. Steam engines work by boiling water to extremely high pressures using whatever heat is available; from burning wood, oil or coal. The pressures are unimaginably enormous: so preposterously huge, that even a tiny invisible leak is capable of cutting a man in half. The huge pressures then either drive some pistons, moving some machinery around, or they explode spectacularly. One of the more famous examples of exploding steam engines was the one on the battleship Maine. This steam engine exploded due to negligence, and conveniently started the Spanish American war, making possible things like “Hearst Avenue” and “Patty Hearst” not to mention, subjects for stupid t-shirts for people who hate their parents. 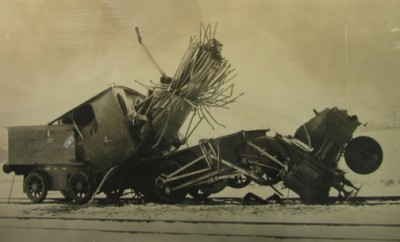 Lots of energy is wasted heating the water and surrounding machinery with steam engines. Compared to an internal combustion engine, a steam engine will have only a fraction of the potential thermodynamic efficiency. Powering a steam engine with diesel fuel, you’d need 3.5 to 5 times the diesel fuel you’d burn in a direct diesel piston engine (which is up to 30% thermodynamically efficient: about as good as is physically possible with heat engines), even using the most efficient embodiments of steam engines. That’s why we don’t use this sort of piston driven steam engine any more. 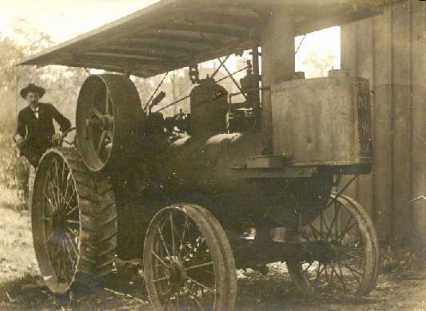 The nice thing about steam from an engineering perspective, is you can pump power around in pipes. In an internal combustion engine, you need gears, pulleys, pushrods, transmissions and doodads. In a steam machine, just some pipes, and a piston at the end. If you’re trying to be efficient, this won’t work so well, but if you just need a little power here and there (like, to power a whistle, or some brakes), the steam pipes work like electrical fluids. That’s why there are so many pipes on the outside of an old railroad engine powered by steam. 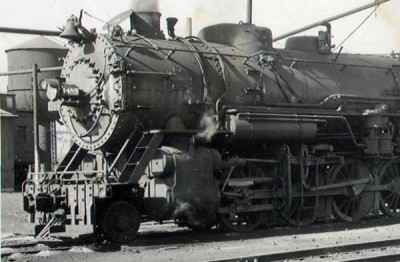 It’s hard to imagine the whole world worked on steam as recently as the time of our grandparents. Almost all mechanical power came from heat imparted to steam. In those days, most of our technology was made with enormous pieces of steel, forged in giant coal burning steel mills. These mills were so insane, the cities they were in never saw daylight. Steel itself was a sort of miracle; conjured in rites of fire in multi-mile long satanic mills powered by railcars filled with coal. A shining, hard metal, wrenched from the very earth by the force of men’s wills. How insane is an old school steel mill? It is like looking at a picture of hell, made real on earth! 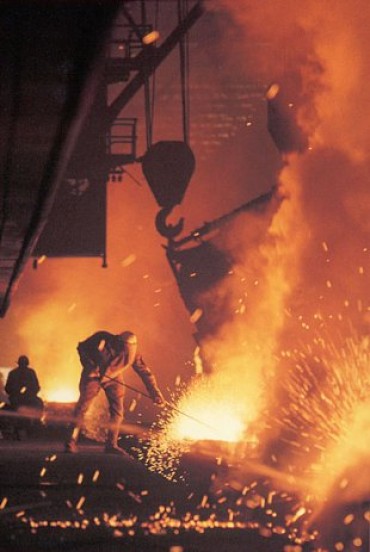 There is something tremendously appealing about this age of technology. In this age, many things were hand made of brass and heavy steel. Machines were heavy contraptions with lots of pipes and gears. There was no dishonesty involving electronics or software. An engineer was a dirty guy with powerful hands, not some silly twat with a ponytail whose idea of exercise is playing world of nerdcraft. If your machinery didn’t work in the age of steam, it could be fixed with a pipe wrench and a blowtorch. Plus, steam powered machines are beautiful. They are beautiful in the same sense that Victorian houses are beautiful. 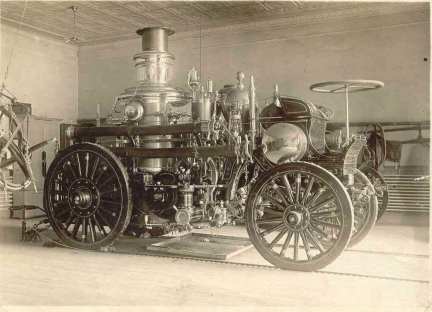 One of the most compelling science fiction images of my youth is from a magazine with paintings of an “alternate future” of steam powered robots. I still find these images stirring and amusing (and please: don’t mention the Crabfu thing -my doctor forbids me to think about things which are that stupid and ugly). They are cool because they evoke modern ideas with technology from times when people had good manners and knew how to wear a a stiff collar: when people believed in heroism and the common decencies. I guess I don’t really care if they drive around in giant robots or M-1 Abrams tanks, but it would be nice if such men still walked the earth. Occasionally I am reminded they do. The giant steam robots are just a reminder of such. 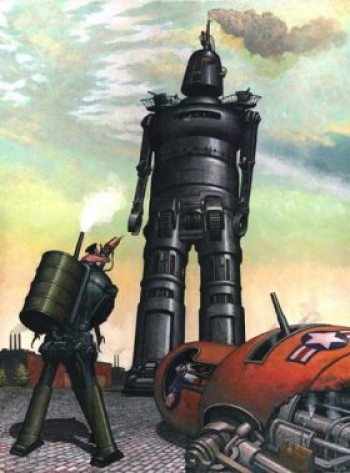 In some ways, the crazy imaginary steam robots are not as insane as what actually was. Men in top-hats designed enormous, clumsy war machines made of preposterously huge chunks of steel; rivets the size of a man’s head. They launched explosive projectiles the size of engine blocks at each other, using primitive explosive powders made out of old cloth and battery acid. 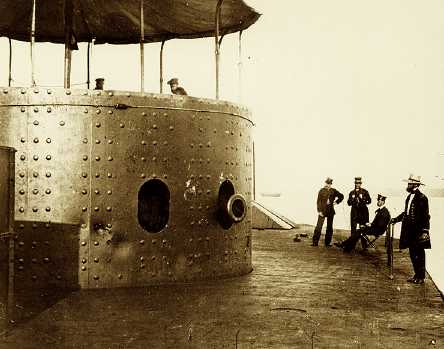 Modern people seem to particularly like aesthetics of the old steam age -doubtless people found it distasteful and dungeon looking back when steam was still important, like, say in the streamlined Art Deco era. “Steampunk” often looks ridiculous, but it’s a hankering after a more honest time, with honest machinery. Does anyone think we’ll one day be nostalgic for … iMacs? I don’t. Postmodern designs are inhumanly abstract, and generally disgusting. Festooning your PC with non functional brass gears and such is preposterous, and a design abomination, but it’s a very human reaction: a longing for a better time. Such steampunk creations remind me of the reliquaries of Germanic barbarians which were festooned with Roman cameos and intaglios. 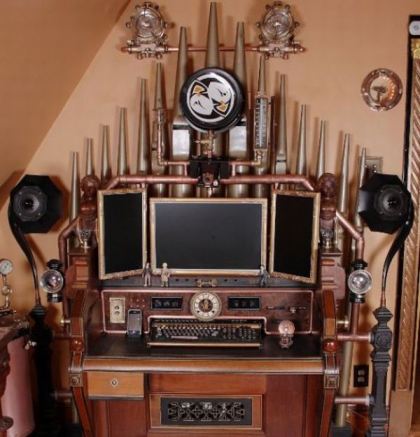 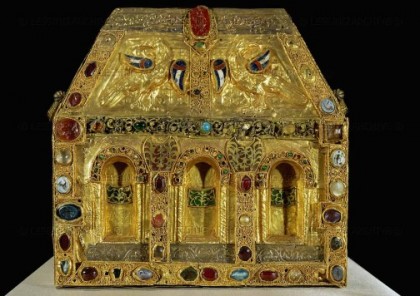 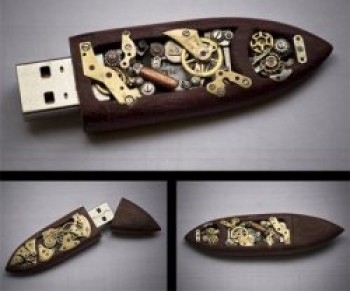 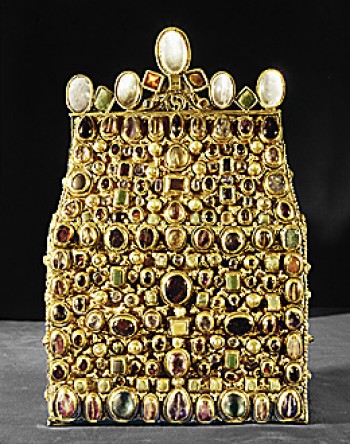 Contemplate the age of steam the next time you see an old steam vessel in the woods or in the basement somewhere, or some nerd with gears on his cufflinks. That was how humanity carved a living from the earth just a few years ago. Steam was our nuclear power and computer technology combined. It was what separated us from the animals. 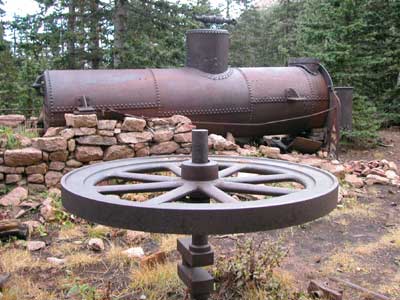