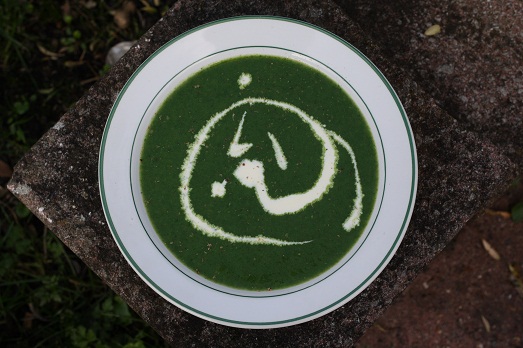 Spring has sprung, the blossoms are in bloom and up and down the country the minds of fashionable foodies have turned to foraging. Where once an annual, autumnal blackberrying trip would satisfy modern man’s hunter-gathering urges, 21st century townies enjoy nothing more than presenting their guests with a pile of leaves and announcing: “I foraged that!”

Foraging is the ne plus ultra of localism, bypassing neighbourhood shops entirely in favour of simply eating the neighbourhood. It’s unsurpassed authenticity, proving that not only do you know your area so well you’ve tracked down the wild garlic patch, but that you can take the raw, unadulterated produce of the Earth and transform it into a meal all by yourself.

Foraging has its complications, not least working out what’s edible and what’s death in a salad bowl. A handbook to edible plants can help, but better is being taken around your local foraging patch by an expert.

Another consideration is whether or not you can just help yourself to the plants you want to pick. If you’re foraging in a town there’s a good chance that your local council will take umbrage at you helping yourself to the greenery (and they may have given that greenery a good spraying with pesticide, making it a little less natural and organic than you would like). In the countryside, the mythic farmer with a shotgun could materialise and demand you stop eating off his land.

There’s a good quick guide to the basic rules of foraging here and if you’re still set on joining the foraging throngs, then nettles are the easiest plants to start with.

When you’re picking, snip off the nettle tops – the top leaves that are slightly paler than the older growth below, which has a bitter flavour. Wearing gloves is obviously a must unless you enjoy being stung and picking nettles from a patch away from traffic and animal waste will help cut down on additional ingredients.

The main problem with picking nettles is that you need bags of them to make a meal. Like spinach, they cook down to nothing, so I’ve combined them with shop-bought spinach and given a recipe that makes enough for one. It’s easy to double or quadruple if you go into a picking frenzy and get enough for the family.

The soup has a sharp, lemony flavour with a warmth that prickles at the back of your throat. It’s the green taste of spring, arrived at last.

1. Melt the butter in a pan over a low heat. Stir in the shallots, season and cover with a layer of greaseproof paper and the pan lid and sweat over a very low heat for 10 minutes, stirring occasionally, or until soft and translucent.

2. Stir in the potato, recover with the greaseproof and lid and sweat, stirring occasionally, for a further 10 minutes.

3. Discard the greaseproof and pour in the chicken or vegetable stock. Bring to the boil, then reduce the heat so it’s at a rolling simmer. Stir in the nettles and simmer for 3–4 minutes, uncovered.

4. Ladle into a blender and blitz until smooth or use a hand-held blender to blitz the soup in the pan (being careful not to scald yourself when the soup spurts out of the pan and up the walls).

9 thoughts on ““I foraged that!”: Recipe for Wild Nettle Soup”