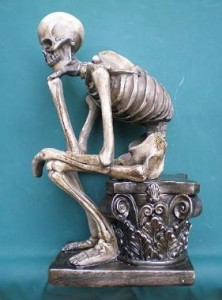 Right, Dabblers, time to get your thinking caps on, as Nige sets another fiendish Round Blogworld Quiz (see the first one here and its solution here).

Ripped off from Based on Radio 4’s long-running Round Britain Quiz, the idea is to find the link between these cryptic clues. A point for each item you get, and a cream bun if you get them all.  (Brit would like to point out that he got all but one, but only after a clue…)

Here’s the question then:

Can you link a theologian and a political philosopher with a singer called Harry, a poetically named DCI, and Updike’s doughty legumes?

Clues will be given if nobody gets it, and the solution will appear tomorrow afternoon.

31 thoughts on “The Dabbler’s Round Blogworld Quiz #2”