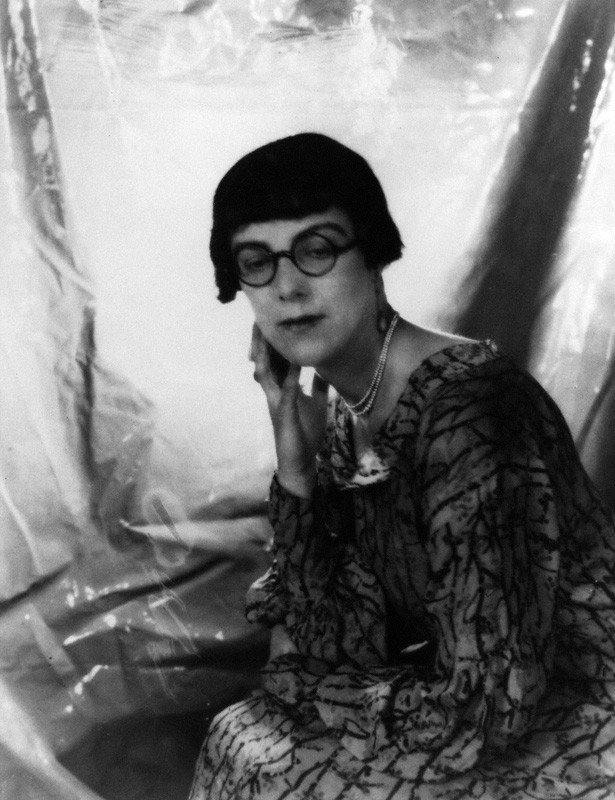 The lead article in the current issue of Slightly Foxed literary magazine is by our own Jonathan Law, who writes about his discovery of the remarkable diaries of Sylvia Townsend Warner. Today and tomorrow we bring you an expanded version of the piece in two parts…

It’s always strange to think how easily you might not have met that someone: a bus that arrived on time, or a last drink at the bar, and it all could have been quite different. Our meetings with books can be equally subject to fluke. I was in the queue at Barter Books in Alnwick, a clutch of holiday reading under my arm, when for no reason at all I picked up a green Virago paperback: The Diaries of Sylvia Townsend Warner. The name rang only muffled bells, but through some chance the pages opened on a bit about Yeovil in Somerset, the town in which I failed to grow up. The book went into the bag with the rest. And thank goodness it did: there are books that become an essential part of your life; that travel on with you; that you know you will never exhaust. For me, this is one – and one that I could so easily have missed.

Of course, that the book exists at all is itself a sort of fluke. As anyone with the diary habit knows, a journal begins by accident and is best carried on by not really thinking about it much. In 1927 the writer Sylvia Townsend Warner was given a smart notebook by her friend, David Garnett. A day trip to Essex prompted a few hesitant jottings and, before she knew it, she was off; Sylvia had acquired a habit that would last – with a few significant gaps – until her death some 50 years later. The result is quite simply a miracle. For wit, candour and brilliance of style, the diary can have few rivals; and in its later broodings on love and mortality it becomes (surely) one of the most moving of all human documents.

Very cleverly, Sylvia never stopped to ask herself why she wrote, or who she was writing for (a conundrum that has stymied most diarists at some point). However, there is a clue in one of her earliest novels, where a character reflects: “One does not admire things enough: and worst of all one allows whole days to slip by without once pausing to see an object, any object, exactly as it is.” It is this energized intentness – this ability to marvel in the ordinary traffic of the day – that gives the diary its pep and its pathos. After a visit to Sylvia in Dorset the poet Jean Untermeyer noted “she is so alive that her vital awareness is translated into everything she thinks and does. She can make an event of the fact that the carrots have come up large and healthy in her garden; a casual stroll on the lookout for mushrooms becomes a kind of picnic; a passing remark on one’s appearance is … almost a caress”. A reader of the diaries will recognize the same fine brio, whether Sylvia is gossiping about her pets, her neighbours, the love lives of her friends, or the ever-changing effects of light and weather in the English countryside. John Updike put it another way, when he remarked that Miss Warner had “the spiritual digestion of a goat”.

When the diary begins Sylvia is 33 years old, renting a flat in Bayswater, and enjoying the success of her first novels, Lolly Willowes (1926) and Mr Fortune’s Maggot (1927). Although she lives alone (apart from William, a pugnacious chow), the diary records a social and cultural life that verges on the frantic. Her set seems hard to place at first, but imagine a milieu where Bloomsbury overlaps with the public schools and the older publishing houses and you won’t be far wrong. Her young friends are called things like Bunny, Wobb, and Doffles and they all do something in publishing or journalism or the arts. No one seems to work terribly hard, but money is clearly not an issue (these people go home to the sort of addresses now reserved for mysterious Russian oligarchs). At the same time, there’s nothing effete about these boys; on a trip to the fair, Hilary climbs into a booth with “Slosh Benson, of the Whitechapel ring”, and manages to stay upright until the 4th. My guess is that most of Sylvia’s young men were a little in love with her, and more than a little in awe. By her own account she was no beauty – she described her young self as looking like Disraeli in middle age – but plainly she had the sort of charm that at once provokes resistance and makes it useless.

Charm is perhaps the keynote of these early diaries – charm and wit and an almost manic joie de vivre. There are church crawls into Suffolk, visits to the zoo and the seaside, and long walks with William in the Essex marshes. There is Mahler at the Courtauld or Stravinsky at the BBC; lamb with “a miraculous and undiagnosable sauce” at Boulestin’s or oysters from Mrs Diver’s bar. Meals, elaborate or improvised, are described with glee (“Oliver fried sausages and I said it was the one useful thing every man learnt at his public school”). Indeed, the constant picnics have a smack of Swallows and Amazons, or even the Famous Five – although I dare say the conversation was racier. Sylvia and her friends talk about the things that clever young people talk about:

Big beasts from the worlds of art and letters wander in and out of the diary, but never become a principal focus. There are charged encounters with the composer John Ireland (“He raged across the room strangling a ghost … a rather sentimental automaton”) and a senile Augustus John (“with a sad drunken youthfulness and guilelessness he embraced my waist in the taxi, and begged me to go to Wales with him”).

In getting it all down, Sylvia gives the impression of writing fast, with the ideas and images bubbling up more or less spontaneously. The style is an object lesson in what Renaissance writers called sprezzatura – a sort of nonchalant virtuosity. (Penelope Fitzgerald observed somewhere that “STW hardly knew how to write carelessly. It isn’t that she is considering the effect; she produces one from a long habit of elegance.”) A striking aspect of this is Sylvia’s way with a simile. Startling comparisons leap out of the page, but never seem arch or contrived: a wedding dress in its tissue papers is “an enormous rectangular ghost, like an aeroplane”; the slip of banana on a grilled fish is “like a medieval wife on a tomb”. The writing seems to register Sylvia’s own delight and surprise at seeing something new in the world, and at being able to catch it in words. People, famous or not, are likewise fixed with a glittering phrase or mordant observation (Mrs Thomas Hardy is like “a very sad subdued seal, looking out of her face and then diving under again”; and later there is Jean Cocteau with “his sensitive desperately anxious performing poodle face and poet hands”). In a different register, there are episodes of rapt, slightly mysterious pastoral, where Sylvia writes about the natural world with all the freshness of a Francis Kilvert or Dorothy Wordsworth:

The beechwoods were a vivid watery green, all the larks were singing, and I felt in one of God’s greyest moods as I sat in a cornfield eating cold ham with William …

The cornfields were sleeked over with film of mist, the trees very still and remote, the birds’ voices very loud … The whole effect was sensuous and heathen and wicked. I have never smelt meadowsweet and mustard so strong, and a steaming hayrick almost forbade me to go nearer.

It might seem like a charmed life, all this munching ham in the woods, but things were actually far from perfect. Sylvia was often lonely, and an affair with a married man had dragged on far too long (he insisted that he loved her but always found three days of her company too much). Perhaps relatedly, she had lost confidence in her writing; the third novel was not a success and it would be years before she completed another. Through spring and summer of 1930 the journal exudes a jittery sense that something has to change; and then – quite suddenly – it does. Over a single day and a night, Sylvia’s life is transformed – and with it, her diary. 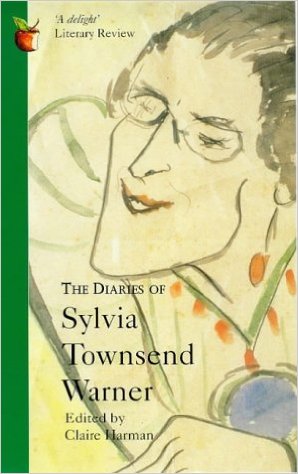 Part 2 of Jonathan’s piece will appear on The Dabbler tomorrow.