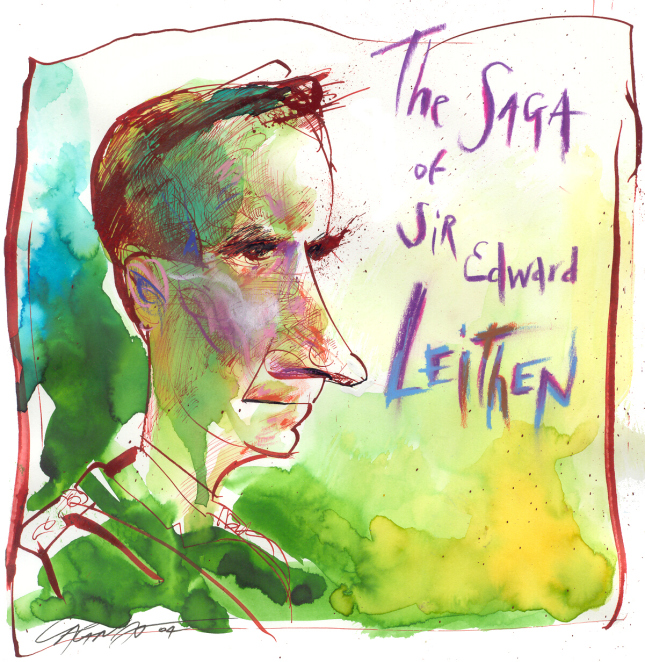 Bond is back (you can hardly avoid him) but Gaw sets out to find a new hero for our time, or at least for his age.

Pushing on through the blizzard of Bond film PR – a storm that blows up every few years – I find myself finding it less and less engaging. I don’t think it’s the irritation at how the media embrace the marketing message, advertising it free and for nothing. In fact, I admire the ability of a brand to do this – I guess Apple is another. It’s more that, approaching the big 5.0, I struggle to find many wishes to fulfil through it. Because that’s the real point of Bond, isn’t it? Little boys of all ages getting off on the fantasy of being a master-spy.

But all those punch-ups and shoot-outs, the continuous hard-drinking, the messing with killer gadgets, the relentless shagging – it just sounds exhausting nowadays. And now you’re past forty it’s not as if you haven’t had your fill of that sort of thing (right?).

So I set to wondering whether there’s a literary candidate out there who might suit as a sort of Bond with his feet up, a character who could provide some escapist wish-fulfilment for the more mature gentleman. And, of course, support a multi-billion dollar movie franchise (why not? we’re all getting older now aren’t we?).

No, I think I’ve found the ideal.

He’s a man of influence, professionally accomplished and well enough off not to worry about money. A gentleman full of savoir faire, fit and handsome despite being well into his 40s, an outstanding country sportsman. Footloose and fancy free, having no family responsibilities. And whilst women are of interest, the world no longer revolves around getting them into bed. Finally, he’s served up a selection of adventures that are risky but not uncomfortably dangerous; bizarre enough to stimulate a jaded palate but involving plenty of opportunities to meet smart people and visit beautiful places.

Sounds a good basis for middle-aged male fantasy, a persona you might want to take for a spin? Then I give you Sir Edward Leithen. A Jason Bourne for the balding, a Spider-Man for the mature, a Harry Potter for the prosperous.

He’s a creation of John Buchan and the protagonist of a series of novels: The Power-House, John Macnab, The Dancing Floor, The Gap in the Curtain and Sick Heart River, the first appearing in 1916, and the last in 1941. You can buy the collection in paperback here, and as a Kindle edition here for pennies.

Leithen’s a Scottish barrister, Tory MP and sometime Attorney General. Tory MP as hero, imagine that. It’s obviously a pretty old-fashioned entertainment – but no more so than Bond, being only a generation or two older.

The name is taken from Leithen Water, a tributary of the River Tweed (he’s a superb fly fisherman, natch); a clue that Buchan, ennobled as Lord Tweedsmuir, lived a life that has some parallels with Leithen’s. Much like Fleming and his Bond. All adventurous Scots too.

Of course, the stories are politically incorrect in various ways (again as per Bond) but that’s probably part of the point. They’re short, rollicking, slightly fantastical entertainments. Pleasantly escapist but not ridiculously so if you’re a middle-aged man. Now for some fantasy casting for the first few films of the franchise…

Here’s a passage from The Gap in the Curtain. Sounds great.

It was a quiet dim morning which promised a day of heat. I rode through a mile of woods full of nesting pheasants, then over a broomy common, and then by way of a steep land on to the turf of the Downs. I found myself on a track where Evelyn exercised his race-horses for he trained at home, so I gave my beast its head, and had that most delectable of experiences, a gallop over perfect turf. This brought me well up on the side of Stobarrow, and by the time I reached its summit the haze was clearing, and I was looking over the Arm and the young Thames to the blue lift of Cotswold.

I spent the whole day on the uplands. I ate my sandwiches in a clump of thorns, and had a mug of rough cider at an alehouse. I rode down long waterless combes, and ascended other tops besides Stobarrow. For an hour I lay on a patch of thyme, drowsy with the heat and the aromatic scents. I smoked a pipe with an old shepherd, and heard slow tales of sheep and dogs and storms and forgotten fox-hunts. In the end I drugged myself in to a sort of animal peace. Thank God I could still get back when I pleased to the ancient world of pastoral.

7 thoughts on “The name’s Leithen…”