Quotations have their uses. Without them, according to Wodehouse, any conversation between chaps would be nothing but an endless succession of ‘What ho’s. Oddly, these days, they are increasingly becoming an element of interior design, gracing the walls of pubs and restaurants. Pubs, that is, of the kind that feature living-room furniture and by-the-yard books, where a few quirky, perhaps ‘thought-provoking’ quotations on the wall represent another short cut to ‘character’ and ‘charm’, though their sourcing probably owes less to wide reading than to the quote troves of the internet.

Now, it seems, it’s spreading. Yesterday I noticed a florist’s stall whose canopy was embellished with aptly floral quotations. One of them was this:

To be overcome by the fragrance of flowers is a delectable form of defeat – Beverley Nichols.

The fey quotation is all too characteristic of Nichols in whimsical mood.

I first came across the curious figure of Beverley Nichols in the course of my assiduous childhood reading of my mother’s Woman’s Own magazine. By this point in his career, Nichols was reduced to writing soppy stuff about, mostly, cats (there was even a Beverley Nichols Cat Calendar) – a sad plight for one whose literary career had begun with such golden promise. He published his first novel, Prelude, while still at Oxford (editor of Isis, president of the Union, etc), with two more, Patchwork and Self, swiftly following and establishing him as the bright rising star of the literary scene. 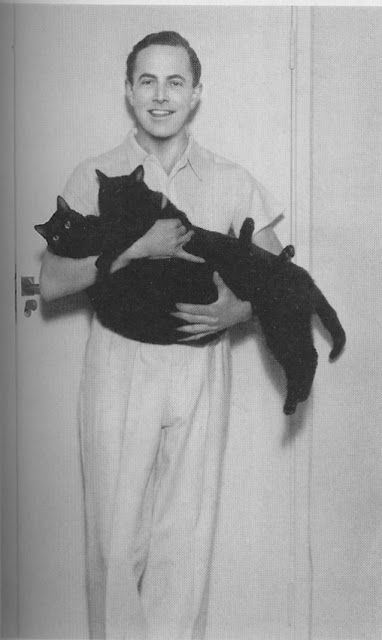 A terrific charmer and networker, Nichols soon knew everybody, from the highest of high society to the wider world of literature and showbusiness, and was for years extravagantly praised by friends and critics alike (they were often one and the same).

Well-paid journalism, successful stage plays and books galore followed (he totted up 60 and more in his writing career), and Nichols scored another massive success with Down the Garden Path (illustrated by his friend Rex Whistler) and its various sequels.

However, after the war, he seems to have somehow run out of steam and/or gone out of fashion, and so began the descent to winsome jottings in women’s magazines – though the books kept on coming, and he achieved one final blaze of glory (of a kind) in 1972 with Father Figure. In this startling book, he described how he killed his alcoholic and abusive father.