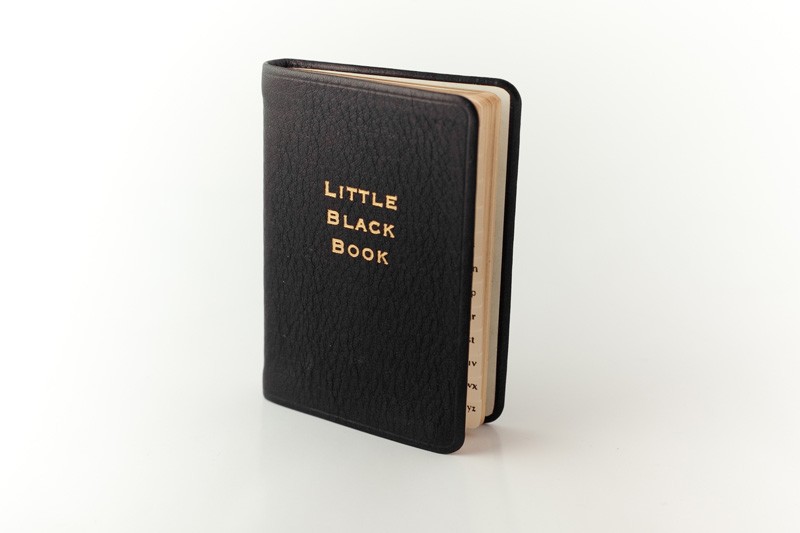 Forget Who’s Who – you knew you’d truly made it in British society if you were mentioned in this particular little black book. The Wikiworm presents another weird Wikipedia article…

The Black Book is the post–World War II name given to the Sonderfahndungsliste G.B. (Special Search List G.B), a list of prominent Britons to be arrested upon the successful invasion of Britain by Nazi Germany in 1940. The Black Book was a product of the SS Einsatzgruppen, compiled by SS-Oberführer Walter Schellenberg, and contained the names of 2,820 people — British subjects and European exiles — living in Britain, who were to be immediately arrested upon the success of Unternehmen Seelöwe (Operation Sea Lion), the invasion, occupation, and annexation of Great Britain to the Third Reich.

The Special Search List G.B. was an appendix to the Informationsheft G.B., the Gestapo handbook for the invasion of Britain, which contained 144 pages of information about politically important aspects of British society, including institutions such as embassies, universities, newspaper offices, and Freemason lodges, which would facilitate the Nazi occupation and administration of Great Britain. It is alleged that British intelligence mole Dick Ellis provided much of the information, despite much of it being readily available in the public domain.

Beside each name was the number of the RSHA (Reich Main Security Office) to which the person was to be handed over. Churchill was to be placed into the custody of Amt VI (Foreign Military Intelligence), but the vast majority of the people listed in the Black Book would be placed into the custody of Amt IV (Gestapo). The book had several notable mistakes, such as people who had already died (Lytton Strachey) or moved away (Paul Robeson), and omissions (such as George Bernard Shaw, one of the few English language writers whose works were published and performed in Nazi Germany).

A print run produced 20,000 books but the warehouse in which they were stored was destroyed in a bombing raid and only two originals are known to survive (one in the Imperial War Museum in London). On learning of the book, Rebecca West is said to have sent a telegram to Noël Coward saying “My dear – the people we should have been seen dead with.”

One thought on “The Black Book”