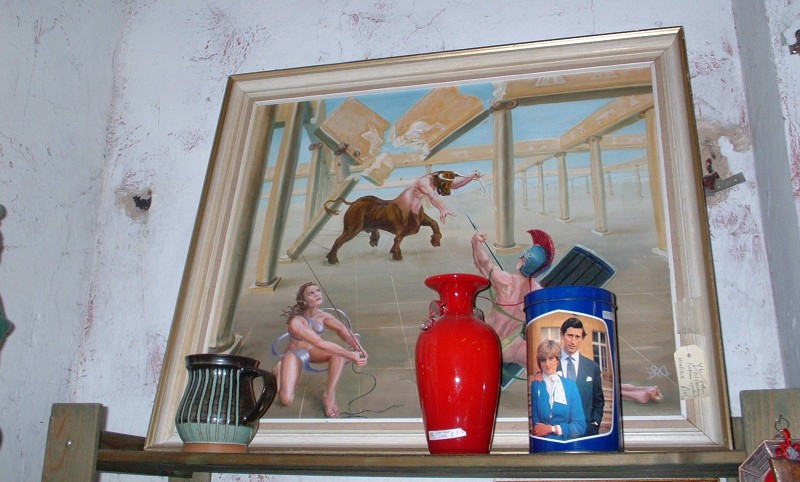 Will our children’s children bother to keep any record of our existence at all? The flea markets suggest otherwise, finds Steerforth…

One of the best things about my home town of Lewes is its Flea Market – a vast emporium of antiques and collectables housed in a large, converted Methodist Chapel. At first glance it seems a fairly typical antiques centre. However, the usual displays of jewellery, china, furniture and art are augmented by some very bizarre items, and the end result looks like a cross between a Mike Nelson art installation and a museum curated by a madman.

The end result is both tragic and comic.

On the one hand, it is hard not to be amused by the picture above: a dreadful, Boris Vallejo-esque depiction of the slaying of the Minotaur. The juxtaposition of this painting with a 1981 Royal Wedding souvenir tin adds to the absurdity of the scene. But there is perhaps an unintentional poignancy too, given the Greek tragedy of Charles and Diana’s marriage.

The scene below is also superficially comic, but I can’t help wondering what the couple in the photo would have thought if they’d known that, 80 years later, their picture would no longer adorn the wall of a home, but sit behind a naked mannequin waiting to be bought by someone who would probably just keep the frame. 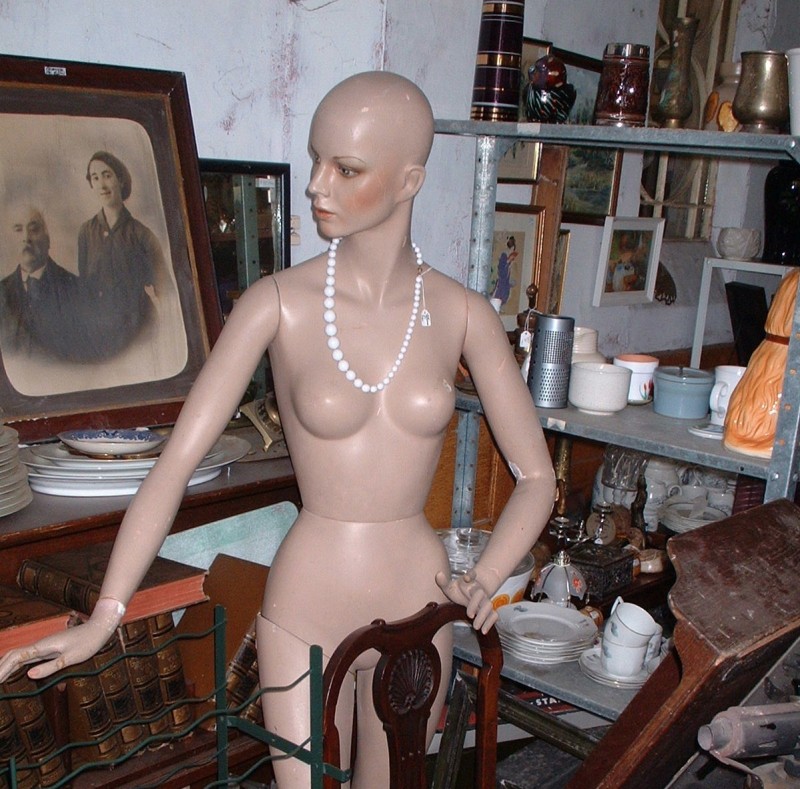 This is a studio portrait and it looks as if the couple are wearing their ‘Sunday best’. Are they man and wife or father and daughter? I would love to know their story and find out how the picture came to be abandoned, but there were no clues on the back of the frame. 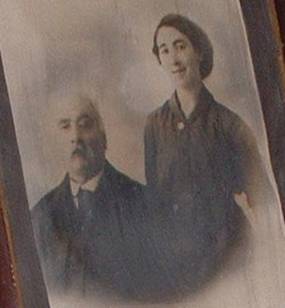 There are several albums of photos from the 1920s and 30s, including one of a well-to-do couple on a cruise in the Mediterranean. Sitting in deckchairs, sipping cocktails, they look like characters from an Evelyn Waugh novel and it is sad that, within less than a century, they lie nameless and forgotten in an upmarket junk shop.

Perhaps the oddest thing of all is this filing cabinet, which has two drawers with labels on which the word Holocaust is crossed out and replaced with ‘car docs’ and ‘note books’. 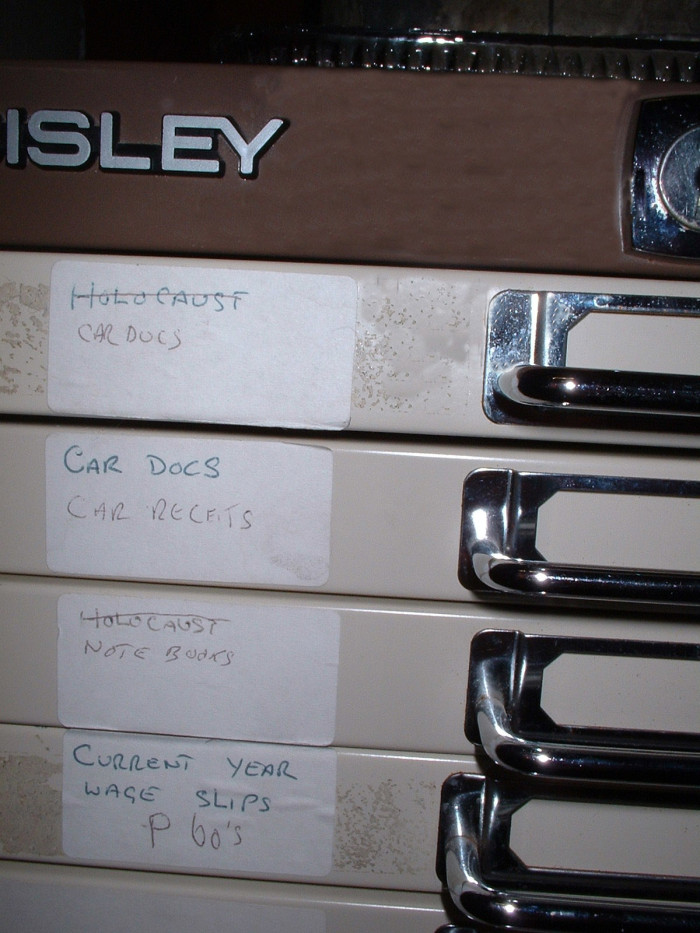 The Flea Market gives the visitor an archaeology of the human soul (pretentious, moi?), offering tantalising fragments of lost lives and bygone fashions. Many of its items are neither beautiful or useful and are probably doomed to remain unsold until they end up on a landfill site.

I wonder what will become of us all, with our thousands of photos and countless possessions? We have produced more written material since 1945 than the in whole of human history, and even the largest bookshops can only stock a fraction of what is in print. I would at least like to think that in 200 years time, my descendants would have some record of my existence. However, my visits to the local rubbish dump and Lewes Flea Market don’t fill me with hope.

One thought on “The Museum of Forgotten Lives”