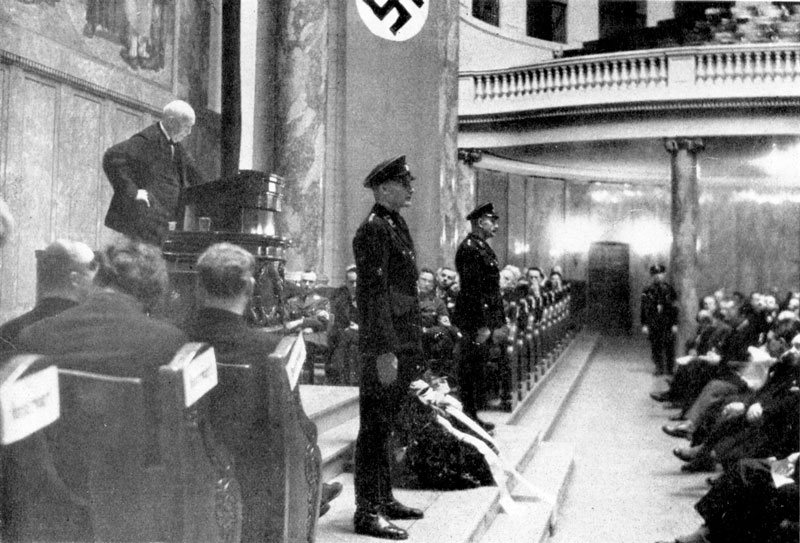 Hitler’s propaganda specialist Joseph Goebbels determined to keep German music pure with his ‘Reich Music Chamber’. But some composers were able to create music to rise above the cultural tyranny…

Regular Dabblers may remember my post Degenerate Music a couple of years ago where I pondered, albeit briefly, the loss of many talented Jewish musicians in the Holocaust. I mentioned Hans Krasa, Gideon Klein and earlier, Viktor Ullmann, but in truth, the loss was not just countless individual talents, but entire schools of composition that were either murdered or, by luck, judgement, guile – or insidious cunning and duplicity – managed to cheat the gas chambers and the death-squads, and come through, damaged but alive.

In 1933 Hitler’s Reich Minister of Propaganda Joseph Goebbels set up the Reichsmusikkammer, to promote “good German music”. Today we look at a handful of composers who steered clear of the ‘Reich Music Chamber’ and found their own voice amid the chaos.

The Bavarian Karl Amadeus Hartmann, though not a Jew, was debarred by the Nazis from all public activities because he favoured a liberal attitude to music and, whilst not himself a ‘twelve-note’ composer, he made no attempt to conceal his admiration for the Jewish Schoenberg. Though rejecting communism, he remained an idealistic anti-Nazi socialist for most of his life and, through the luxury of living off his industrialist-father’s fortune, he was able to exist and compose in reasonable comfort, whilst occasionally offering the Party salute to Munich’s Nazi operatives. The marvellous Concerto funebre was composed at the outset of war in 1939 as ‘Musik der Trauer’ (Music of Mourning), and revised in 1959. The piece is dotted with Czech chorales and represents this virtually unknown composer’s protest against the German occupation of what was then Czechoslovakia. Here, the hushed beauty and tranquillity of the chorale finale.

Consistency of thought was not the strong suit of Joseph Goebbels. Recognising (apparently) the talent of the violist and composer Paul Hindemith in 1934, Goebbels declared that Hindemith was ‘unquestionably…one of the most important talents in the younger generation of composers’. A few years later, the composer’s works had been banned, and the dreadful dwarf felt moved to describe him as an ‘atonal noisemaker’, displaying, if nothing else, his musical ignorance: Hindemith was perfectly grounded in Bachian counterpoint and Lutheran chorale and, in fact, his music was utterly, tonally, Germanic. It was probably a mixture of fact and twisted opinion that eventually forced the composer into exile in America: his wife was half-Jewish, which probably raised a question mark or two; his open friendships with leftists he made no effort to conceal; and his music was, more often than not, attacked in the Nazi press as being ‘foreign to the German style….not art in the higher sense….simply empty games with tones’.

In 1935 Hindemith was the viola soloist in the premiere of Der Schwanendreher (literally, ‘The Swan Turner’), his concerto for viola and small orchestra, based around authentic German folk songs. Listen to the delightful dialogue between harp and viola that opens the siciliana second movement; listen to the organ-like instrumentation of the woodwinds; and then tell me that this inspired music is ‘simply empty games with tones’. I think not.

The rabid Nationalist Hans Pfitzner (below), though a much older man (b. 1869), had a brief working relationship with Hindemith, but the post-romantic world that Pfitzner’s music inhabited was, ultimately, not to the taste of the younger man. The greatest work of ‘Hans Pfitzner the German’, as his army of acolytes styled him, was his mid-life opera Palestrina (1917). After hearing the premiere, no less a figure than Thomas Mann declared that this ‘piece of dying Romanticism, was absolutely enchanting’. The writer went on to laud Pfitzner’s qualities of ‘high conservatism’, his ‘genuine-born Germanness’, and his life-long fight against ‘that Italian silliness’. 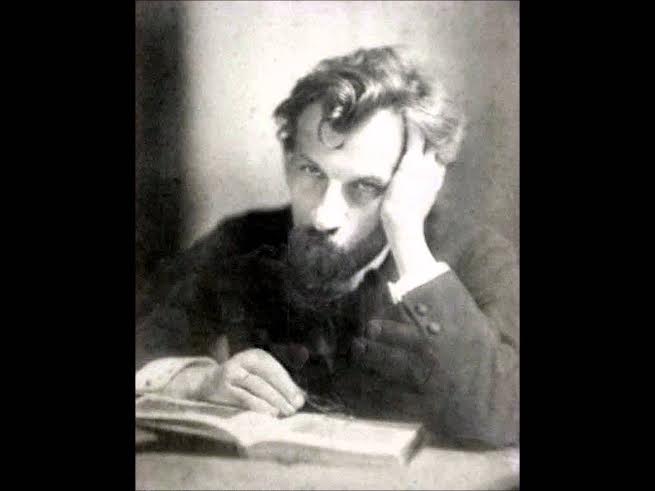 The imprimatur of such an influential writer as Mann, combined with the fervent anti-semitism of the composer, should have placed him rather well with the Nazis when they came to power – but it was not to be. Pfitzner considered himself above party politics – beyond supporting bourgeois right-wing parties. And as an elitist, he regarded as troglodytical, the bully-boy tactics of repression and street-brawling that brought the ‘Juden’ and others to heel. In hospital in 1923 he was visited by Adolf Hitler, and together they discussed the scourge of Jewry, but the composer, doubtless trying to ingratiate himself with the proto-dictator, somehow managed to upset Hitler who left in a huff, remarking that he wanted nothing more to do with ‘that Jewish rabbi’. This complex, unfulfilled man died in near-penury in Salzburg in 1949. Here the surpassingly beautiful opening prelude to his rather wonderful opera.

When ‘zero hour’ rolled around in April 1945 Hans Pfitzner was living with his second wife in a single room in a makeshift hospital in Garmisch-Partenkirchen, whilst his arch rival and almost exact contemporary Richard Strauss was being feted by incoming American GI’s. But the truth was that Strauss, a political pygmy (Goebbels had remarked that he seemed ‘like a child’ ) had, at best, shown an aesthete’s blindness to the reality of what had happened in Germany. At worst, he appeared to be in sympathy with the regime. What sustained him through the bad years was, of course, his genius – and if the test of greatness consists of melodic invention, imaginative power, and human sympathy, is there any composer before or since who might be placed ahead of this very complex man? At the very end of his life when Germany lay in ruins he was shown pictures of the opera houses he knew so well, most of them carpet-bombed to oblivion by the Allies – and it is generally believed that this prompted the thought that as these great houses had been destroyed, so his life’s work was finished too. Art was everything to Strauss; the everyday lives of other people meant nothing to him. 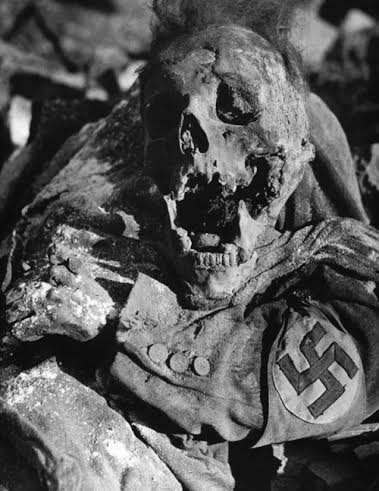 Corpse of a soldier at Dresden

But, as we know, before the sadness finally extinguished the flame, it burned again in the form of the Four Last Songs, Capriccio, the Oboe Concerto and, perhaps his greatest work, the elegiac Metamorphosen for 23 solo strings, now seen as synonymous with the destruction of German culture in general, not just the vandalism that almost wiped the city of Dresden from the map. Here is the piece, played, in full, by the Dresden Staatskapelle under the late Giuseppe Sinopoli.