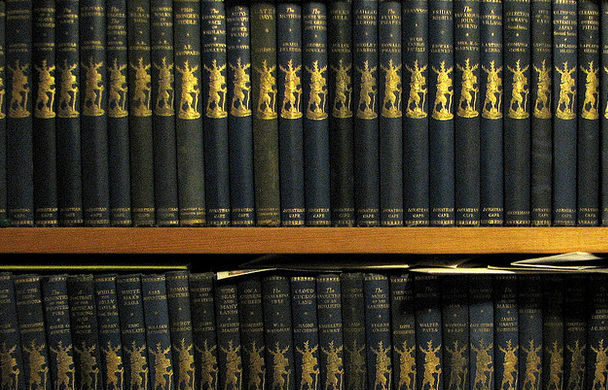 The Travellers’ Library series of books published by Jonathan Cape gives a fascinating glimpse of literary fashion in the 1920s, including names that have endured, others that have been completely forgotten, and still others currently halfway to obscurity…

My edition of James Joyce’s Dubliners was published in Jonathan Cape’s series The Travellers’ Library in 1926. These are handsome little volumes, nicely designed and printed with care, a real pleasure to handle. I hadn’t realised quite how many titles there were in the series until I took a look at the list at the back of Dubliners – it runs to 114, though more might well have been added later.

The list constitutes, I suppose, a snapshot of middle-to-high-brow taste in the mid-1920s, and offers a fascinating mix of names and works that have endured, others that have been altogether forgotten, and yet others halfway down the slipway to oblivion.

The very first title in the series is Can Such Things Be? A Volume of Stories by Ambrose Bierce, and it is not the only Bierce title in the list – nor is his the only American name: Sinclair Lewis, H.L. Mencken, Sherwood Anderson and Edith Wharton are all present.

The names from this side of the Atlantic are a wonderfully mixed bunch – and the choice quotations from the critics under each title are an entertainment in themselves.‘To say that this is the best book on the subject is probably true; but it is more to the point to say that it is the only one,’ says the TLS invitingly of Percy Lubbock’s The Craft of Fiction, one of several Lubbock titles. Does anyone read him now?

‘Something worth doing and done… It was a thing intended, wrought out, completed and established. Therefore it was destined to endure, and, what is more important, it was a success,’ writes a bloviating Hilaire Belloc of the long forgotten Ernest Bramah’s The Wallet of Kai Lung.

Dubliners itself is praised but faintly: ‘… brave, relentless and sympathetic pictures of Dublin life; realistic, perhaps, but not crude; analytical, but not repugnant. No modern writer has greater significance than Mr Joyce, whose conception and practice of the short story is certainly unique and certainly vital.’ Hmm.

One name that keeps cropping up in the list (at No 2 first) is that of A.E. Coppard, a short story writer whose name, I must admit, meant nothing to me. What little I’ve been able to find about him – a Wikipedia entry and a few appreciative blogposts – suggest that he may well be a writer worth seeking out. 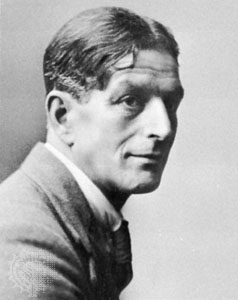 Born into extreme poverty, he left school at nine and educated himself – and started writing – while working at any job he could find. By the early 1920s he was mingling with the New Elizabethans in Oxford, meeting and attracting the attention of literary men, and soon getting his stories published. Among those who admired him was Ford Madox Ford, and his reputation was soon high – as attested by the half dozen of his volumes in The Travellers’ Library.