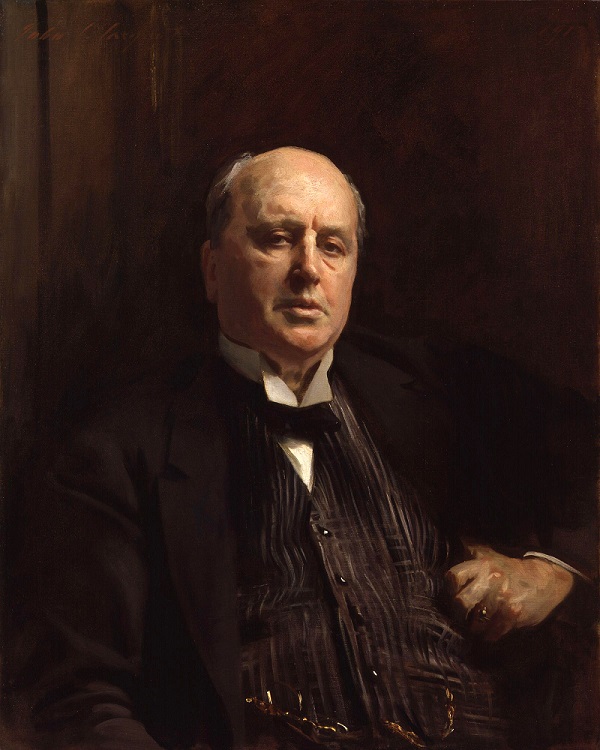 Vandals come in all shapes and sizes, and their targets and their reasons can be hard to fathom…

Last year, when reading about Art Under Attack – a Tate Britain exhibition of pieces that have been deliberately damaged over the years by iconoclasts of one kind and another – I was startled to discover that John Singer Sargent’s famous portrait of Henry James – a 70th birthday gift to the Master and (of course) a superb picture – was among the works attacked.

It happened on a May afternoon in 1914 when the portrait was hanging in Room III of the Royal Academy.  Among the gallery goers was a sweet-seeming silver-haired old lady, clad in a voluminous purple overcloak – from the folds of which she produced a large meat chopper and set about the blameless portrait, gashing the canvas in three separate places with three strong and methodical blows, before she was overcome by bystanders.

The police were promptly on the scene and hustled her away, out of the reach of an outraged public, who in her absence set about a man who had appeared to be defending her, and drove him from the building, breaking his spectacles over his nose (he later claimed for a new pair).

The axewoman, who was discovered to be a suffragist called Mrs Mary Wood, had little to say for herself in court, beyond observing at one point that if the painting had been by a woman, the valuation (£700) would have been much lower. Earlier she had remarked that ‘If they only gave women the vote, this would never have happened’ – a line of argument that sounds all too familiar as a justification for later, infinitely darker acts of terrorism.

Heaven knows why Mrs Wood should have targeted perhaps the two public figures of their time least representative of an oppressive patriarchy – James and Sargent. The damage to the painting was of course repaired, and the attack on it surely did nothing to advance the cause of women’s suffrage.

In a letter to a meeting of the Women’s Social and Political Union, Mrs W declared that ‘I have tried to destroy a valuable picture because I wish to show the public that they have no security for their property nor their art treasures until women are given political freedom.’ Suffragists, Lady Isabel Margresson added, had no wish to damage works of art, but were ‘driven to these straits’.