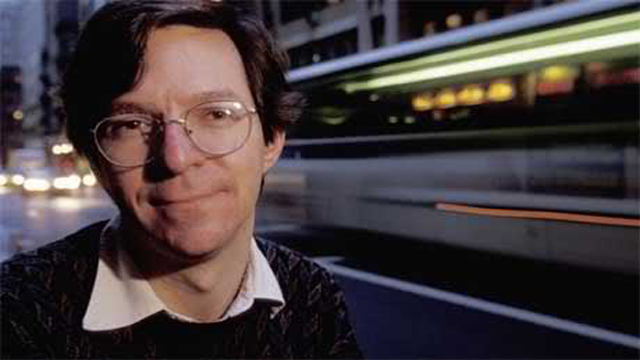 When scientists decide to troll each other, things can get messy. The Wikiworm trawls the weirdest Wikipedia articles on the web to find out more…

The Sokal affair, also called the Sokal hoax, was a publishing hoax perpetrated by Alan Sokal, a physics professor at New York University. In 1996, Sokal submitted an article to Social Text, an academic journal of postmodern cultural studies. The submission was an experiment to test the journal’s intellectual rigor and, specifically, to investigate whether “a leading North American journal of cultural studies would publish an article liberally salted with nonsense if (a) it sounded good and (b) it flattered the editors’ ideological preconceptions”.

The article, “Transgressing the Boundaries: Towards a Transformative Hermeneutics of Quantum Gravity”, was published in the Social Text Spring/Summer issue. It proposed that “quantum gravity is a social and linguistic construct“.

On publication, Sokal revealed in Lingua Franca that the article was a hoax, identifying it as “a pastiche of left-wing cant, fawning references, grandiose quotations, and outright nonsense…structured around the silliest quotations [by postmodernist academics] he could find about mathematics and physics”.

In an interview on the NPR program All Things Considered, Sokal said he was inspired to submit the hoax article after reading Higher Superstition (1994), by Paul R. Gross and Norman Levitt. In their book, Gross and Levitt said that an anti-intellectual trend had swept university liberal arts departments (especially English departments), causing them to become dominated by a “trendy” branch of postmodernist deconstructionism.

Higher Superstition argued that in the 1990s, a group of academics whom the authors referred to collectively as “the Academic Left” came to be dominated by professors who concentrated on racism, sexism, and other perceived prejudices, and that science was eventually included among their targets—later provoking the “science wars”, which questioned the validity of scientific objectivity. They also posited that for an article to be published in some academic journals, especially those associated with the humanities, it needed only to display “the proper leftist thought” and be written by, or include quotations from, well-known leftist authors.

Sokal reasoned that, if the presumption of editorial laziness was correct, the nonsensical content of his article would be irrelevant to whether the editors would publish it. What would matter would be ideologic obsequiousness, fawning references to deconstructionist writers, and sufficient quantities of the appropriate jargon.

After referring skeptically to the “so-called scientific method”, the article declared that “it is becoming increasingly apparent that physical ‘reality'” is fundamentally “a social and linguistic construct”. It went on to state that because scientific research is “inherently theory-laden and self-referential”, it “cannot assert a privileged epistemological status with respect to counterhegemonic narratives emanating from dissident or marginalized communities” and that therefore a “liberatory science” and an “emancipatory mathematics”, spurning “the elite caste canon of ‘high science'”, needed to be established for a “postmodern science [that] provide[s] powerful intellectual support for the progressive political project”.

Once the text had been revealed as a hoax, Social Text’s response showed that none of its editors had suspected Sokal’s piece was a parody. Instead, they speculated Sokal’s admission “represented a change of heart, or a folding of his intellectual resolve”. Sokal found further humor in the premise that his absurdity was difficult to spot:

In the second paragraph I declare without the slightest evidence or argument, that “physical ‘reality’ (note the scare quotes)… is at bottom a social and linguistic construct.” Not our theories of physical reality, mind you, but the reality itself. Fair enough. Anyone who believes that the laws of physics are mere social conventions is invited to try transgressing those conventions from the windows of my apartment. I live on the twenty-first floor.

Even though many people found Sokal’s hoax convincing, it was a demonstration, not a controlled experiment. For this reason, Cornell sociologist Robb Willer later quantitatively tested one main hypothesis with a different target group. Student subjects were randomly separated into treatment and control groups; both groups were presented with copies of Sokal’s hoax article. Those in the control condition were led to believe that it was penned by another student; those in the treatment condition were told it was written by a famous academic. The experimenters found that those subjects who believed that the author of the text was a high-status intellectual were significantly more likely to say that the text was comprehensible, interesting and valuable. The experiment thus suggested that Sokal was correct to say that academic status may account for the intellectual appeal of unintelligible academic texts.

3 thoughts on “The Sokal Affair”