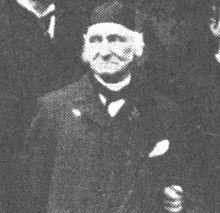 Next time you complain about your GP, spare a thought for the Victorians…

From The Reverend Prince And His Abode Of Love by Charles Mander (1976):

As a doctor his bedside manner was startling. He seemed more intent on reducing his patients to gibbering mental wrecks over the state of their souls than curing their bodies. Here is an example, the victim being a Mrs Cooper who is on her death bed. She seems to have been cheerful enough until Dr Prince arrived.

“I frequently visited her, and spoke to her most solemnly of her awful state, which I put before her in the most appalling picture of death and eternal damnation.”

The good lady replied that she was very happy, and prayed to God to take her out of her misery. Prince was not impressed; as the illness continued he observed that Mrs Cooper appeared to become more wicked and to yield to the most “horrid passions”. These horrid passions were directed at the lady’s husband who, for some reason, irritated her.

“She would damn her husband to hell and swear she would tear the eyes out of his head, if she could get out of her bed; but the palsy of her legs prevented her… About three weeks ago, when passing her door, I went to see her. I used to have a strange sensation of dread when I went into her chamber, as if I realised the presence of Satan about her bed, waiting for his prey… On this occasion I was about to leave her in despair, when I thought she seemed to take a little more interest in what I said, when explaining the reason that she did not fear death; viz. her own blindness.”

Sensing victory, he pressed on, tormenting the wretched woman with visions of hell and damnation. A few days later he announces triumphantly in his journal:

“The truth appeared to have flashed upon her suddenly, and was accompanied with such conviction and terror, that she quite trembled in bed from fear; to use her own words, she ‘had the horrors’. What a wonder-making God! How full of faithfulness and love! ‘Worthy is the lamb that was slain.’ Amen.”

Doctor, later Reverend, Prince was Henry James Prince (1811-1899) [above], founder of the Agapemonites, whose Abode of Love was established in Spaxton in Somerset.

3 thoughts on “A Startling Bedside Manner”