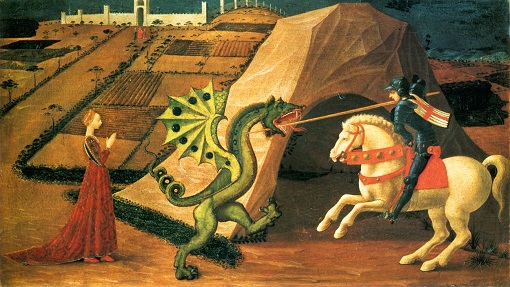 What does a cuckoo sound like? Silly question: ‘cuck-oo!’ So imagine my surprise when a university lecturer confessed to me that she didn’t know and couldn’t recognize this seasonal birdsong. Admittedly she wasn’t a bio-scientist, but she was in an English literature department and has been teaching Romantic poetry for over ten years. And Romantic poetry is full of birds piping in the Spring: Wordsworth’s cuckoo and Keats’s nightingale (if not Coleridge’s albatross). And it is the distinctive call of the cuckoo that sounds most frequently through folklore and traditional ballads as both the bringer of good tidings, and as a sinister warning. And so from proverbial rhymes to Wordsworth’s poetry, from Shakespeare’s Love’s Labour’s Lost to John Wyndham’s The Midwich Cuckoos, and from Laurel and Hardy’s signature tune (‘The Cuckoo Song’) to the letters page of The Times, which habitually alerts its readership to the first cuckoo heard every year, Cuculidae sings its way through our countryside and our culture.

The first ‘cuckoo’ in English literature is of course the birdcall refrain of the song ‘Sumer Is Icumen In’, which dates from around 1240 and which was used to spectacular effect at the climax of Robin Hardy’s 1973 film, The Wicker Man:

The traditional day of the first annual cuckoo in England is 3 April, according to the Julian calendar, which was revised to 14 April for the New Style Gregorian calendar. Cuckoo Mornings, when the cuckoo was first heard, were sometimes celebrated locally as Gaudy Days (from the Latin gaudio, make merry) and there are cuckoo fairs held throughout the country from the middle of April. Cuckoo Day in Marsden in Yorkshire is also held at the end of the month, around 27 April, and features giant cuckoo puppets, a performance of a cuckoo play, and a cuckoo ball. Indeed, Marsden is associated with the old legend that there would be eternal spring if the cuckoo could only be persuaded (or compelled) to stay. In Marsden the locals tried to keep the cuckoo in a tower, in Gotham they built a fence around its tree. But the cuckoo always flew away: the walls and fences were never quite high enough to trap the bird – or the sunshine – forever. Besides such madcap schemes, hearing the cuckoo for the first time in the year was thought to be highly significant, and folk were advised to behave wisely at this propitious moment. If you found yourself idle or hungry when you first heard the bird it boded a lean year, but if you had money in your pocket then prosperity beckoned.

These days, many city dwellers are lucky to hear a cuckoo at all, but April does have its festivals. Although the web of Easter commemorations usually dominates the month, from Shrovetide through Easter itself to Hocktide, April still has its own significant dates: primarily St George’s Day on 23 April, and St Mark’s Eve on the night of 24 April.

St George’s Day is currently going through a revival. It was once a major civic celebration, characterized by pageants or ‘ridings’ organized by guilds, consisting of St George, the Princess, and the Dragon leading the procession, revels, and feasting – one could even be fined for not attending – and annual fairs have been held on St George’s Day since the reign of Henry III. Although the Reformation put paid to this Georgery, from the time of the Restoration in 1660 Stuart monarchs such as Charles II and James II chose 23 April as the date for their coronations, and so it was revived as a formal and loyalist holiday before lapsing once again. But it was really in the nineteenth century that the folk cult of St George properly revived: St George was associated with the triumphs of English history, chivalry, and muscular Christianity. He was also adopted as a patron by groups as different as early socialist campaigners and the Boy Scouts, and during the First World War allegedly appeared on the battlefield at Mons to fight the ‘Boche’. And yet despite appearing on many war memorials, the gung-ho patriotism typified by St George ran very much counter to the mood of the country in the wake of the war, and he was again forgotten as a national symbol. It was not until the Euro ’96 soccer competition that English football supporters finally began to sport the cross of St George rather than waving the red-white-and-blue of the Union Jack (as they had done in 1966), and a new popular version of Englishness began to be bruited abroad. Coincidentally, shortly after Euro ’96, the Church of England revived St George’s Day as a feast day.

So how will you celebrate St George’s Day? God forbid that it should become solely associated with a ridiculous football team. But apart from a few breweries launching themed beers promoted with gigantic novelty top hats, and a modest market for greetings cards, there’s little idea of what should be done on St George’s Day. It is up to us: either we allow our national identity to be led like a lion by the absurd donkeys of English football or – worse – by political extremists, or we actively revive old traditions and invent new ways of marking the day. St George’s Day could be a national day of local customs – some archaic, others yet to emerge: bringing communities together by celebrating local diversity and character instead of uniformity and sameness: the distinctive histories, landscapes, and wildlife across the country. Rather than trying to kickstart a national celebration with one brand of beer and one red-and-white flag, St George’s Day offers an opportunity to cherish difference and variety – not just by the English, but across English-speaking communities (as was certainly the case in the nineteenth century). St George’s Day is, it turns out, traditionally a good day on which to make dandelion wine, so at the very least we should be celebrating it with such local vintages rather than with mass-produced keg beer. And in doing so, we will perhaps begin to think again about how best to sustain our communities and the environment.

Nick Groom will he appearing in the Dartmoor Pace-Egg Play on 23 April.

One thought on “The Cuckoo and the Dragon”