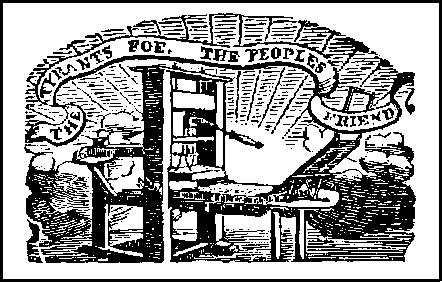 What is slang all about? Jonathon muses on stereotypes, in life and in the counter-language that holds up its dark mirror to life…

I am in a cab. The cabbie asks what work I do. I explain that I write dictionaries. Dictionaries, that is, of slang. And the cabbie, who stands for pretty much anyone with whom I have reached this far into such a conversation replies – and I could almost join him in chorus: ‘Oh, slang, eh? Apples and pears and all that.’

Well, at least he passes on the alternative image. But cabbies, however foul-mouthed in private, find it politic not to toss obscenities at the punters. Even me.

The stereotype, a printing process whereby, as the OED informs us,  ‘a solid plate of type-metal, cast from a papier-mâché or plaster mould taken from the surface of a forme of type, is used for printing from instead of the forme itself,’ has existed since 1800, when it was invented by a Frenchman, one Firmin Didot. The word comes from Greek and means ‘solid type’.[1] By 1850 the term had lent itself to abstraction and a second reference to the OED finds the definition ‘Something continued or constantly repeated without change.’ Slang, as we know, disdains abstractions, indeed can barely spell the term, disdaining to find terms for such as truth or beauty. But if there is a truth it is that slang is the prisoner of stereotypes.

This is hardly surprising. If the slang taxonomy, which I must have mentioned if not actually printed here on several occasions, changes with time it is in quantity and not quality. The essentials merely expand: one more word that equates the penis to a weapon pushing to mount the heap that has been piled together by all its predecessors, one phrase more equating sexual intercourse with ‘man hits woman’, elbowing its antecedents aside, one more confection meaning crazy that plays with ‘not all there’ demanding, however temporarily, the number one slot. It is true, in the shadow of changing mores – and call it political correctness if you must – and a reluctance, at least openly, to trumpet the tropes of racist and nationalist strait-jacketing, that certain areas have been down-pedaled of late. There is a backlash, a certain sense that we have been deprived, through our own guilty liberalism, of targets on whom to vent, but that too is muted. Even slang, for once, seems unwilling to bring on new synonyms, though the oldies were probably always the goodies. Or baddies.[2]

But there are other forms of stereotype. Other, that is, than those indulged by slang itself, its mountains of synonyms carefully preserving the same old same old no matter what the topic. The stereotypes, embodied by my generic cabbie, that are imposed on slang by those, fans or otherwise, who stand outside. One sees it in the synonyms: dirty words, swear words, curse words… These are not compliments. None of these phrases works as a synonym for kind words. Nor, cheeringly, do they match up with cruel words – that equation tends to be overlooked, though slang indeed tries to prove the emptiness of the whole ‘and words will never hurt you’ fantasy. They are, one need not argue, stereotypes. And as such, not wholly correct. There, is after all, a canonical list of ‘dirty’ terms. The details are academic, or at least they can be for those like that kind of thing, and as for me I cannot happily equate ‘dirty’ with ‘swear’ or ‘curse’ but I shall let that pass for now. What matters is that there are officially (or there were when such things were last made plain) thirteen of them and, however portentous the number, that statistic hardly registers on the slang count, which is around 125,000 words and phrases.

This makes no difference to perceptions. In 1998 I published a book entitled the Cassell Dictionary of Slang. Buoyed by a positive reception I came up with a range of spin-offs. My ideas were…it no longer matters what they were because my publisher announced that what he would fund would be something called the Big Book of Filth. Channeling fantasies of Morningside ladies and drawing my tweed skirt tight below my en-lisled knees I suggest that I and my beloved lexis might have more to offer. I was rebuffed: filth, I was told, is what slang is all about. I huffed, puffed, refused to put my name on the cover (though signed the introduction) and got on with the job. It sold the best part of 300,000 copies. This is not to boast. Green’s Dictionary of Slang, okay, somewhat pricier but undeniably scholarly, life’s work, that sort of thing, has I am told (though who ever trusts a publisher) achieved around 1,700.

Now we live in digital days. the dream is put the book online. Like all dreams it remains unfulfilled. I work on – how not? – but absent the much-needed patron wonder at times if I am anything beyond a sad old man, keyboarding obscenities onto an electronic wall. Meanwhile, back at the attainable and since as we know all is form and hang the content, the game is re-presentation. I thought up the timelines. Did one on drink. On drinks. On pubs. Put them on line. A few hundred views. Did the penis, did the vagina: 200,000 people have gazed and giggled in the week since ‘publication’. The people, intoned astutely misanthropic Mencken, know what they want and deserve to get it good and hard. The people, it transpires, have no sense of irony. Now I’m doing intercourse. Rogering and ramming, raunch and rapine. Have I no shame? And what has that to do with it? This, I must remember, is what slang’s all about.

[1] perhaps some Dabbler better versed in the sciences than am I (which means, I assure you, pretty much any Dabbler at all) could explain why the prefix stereo-, still rooted in a word meaning ‘solid’ is used for a variety of technical terms, e.g. stereophonic, that mean, in essence, ‘split into two’?

[2] it always amazes me that despite the creation of new national enemies, slang, at least, does not forget. The past may be another country but we hate it as much as ever. For all the pious denial of Islamophobia and its alleged and ever-expanding iniquities, the nation’s animus against age-old rivals the Dutch, Spanish and French far outweighs the tiny lexis of anti-Muslim terms. Even the Germans, unrivalled qualifiers as bad guys for the 20th century, pall by comparison. German measles hardly cuts it against French disease, not to mention Italian tricks.

6 thoughts on “Slang in Stereotype”