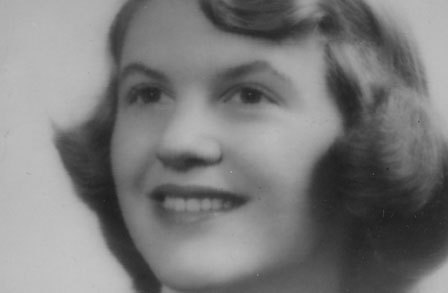 Could a simple misprint provide the hidden meaning behind one of Sylvia Path’s most celebrated poems? Frank reveals all…

In her mad poem Daddy, Sylvia Plath makes mention of “a bag full of God”. I have always taken this to be a misprint. If we consider that God is inexplicable and ineffable, outwith the scope of our puny human comprehension, then the idea that we could get hold of Him and stuff Him into a bag is plainly laughable. We can apply David Hume’s argument against miracles, where he writes “When anyone tells me, that he saw a dead man restored to life, I immediately consider with myself, whether it be more probable, that this person should either deceive or be deceived, or that the fact, which he relates, should really have happened”. Similarly, we may ask which is more probable, that somebody has managed to cram God into a bag, or that a typesetting error has occurred? I am as sure as eggs is eggs that what Plath originally wrote was “a bag full of Goo”. A slapdash printer made “Goo” into “God”, and the error has persisted for half a century.

Now it is true that goo is more often found in bottles and jars and squeezy tubes than in bags. But there are so many different types of goo, for so many different purposes, that a bag full of goo is still a far more likely proposition than a bag full of God. Just wander along the aisles of your nearest supermarket and you will see goos for cleaning, for cooking, for cosmetic application, and for all sorts of other uses. Too, goo can vary from thick pastes to semi-liquid gloop, and no matter what its consistency, any goo can be transferred from its original container into a bag, be it a plastic bag, a paper bag, a greaseproof paper bag, a satchel, a haversack, a pippy bag, or any sort of bag you care to mention.

While we can only guess at the type of bag Sylvia Plath has in mind – and I strongly favour the duffel bag theory – we are on firmer ground when it comes to the goo. For, later in the mad poem, the mad poet specifically refers to “gobbledygoo”. Quite what the nature of this goo is must remain a matter of conjecture. In the context of the poem, it has some connection to the Luftwaffe, the German word for national military aviation services. Might gobbledygoo, then, be some kind of lubricant goo for aeroplane engines? If so, that would explain why, when I went to my local supermarket and asked at the customer services counter if they stocked gobbledygoo, I was met with blank looks of incomprehension. Aeroplane engine lubricant goo is not the kind of goo you will find in even the best-appointed supermarket or general goods store.

Such fearless textual analysis casts Daddy in a new light, and will necessitate the urgent revision of the thousands of scholarly books and articles about poor mad Sylvia – so get to work, litcrit persons!

One final note : goo must not be confused with goop, which is a digital media and e-commerce company founded by Gwyneth Paltrow, who is inexplicable and ineffable and outwith the scope of our puny human comprehension.