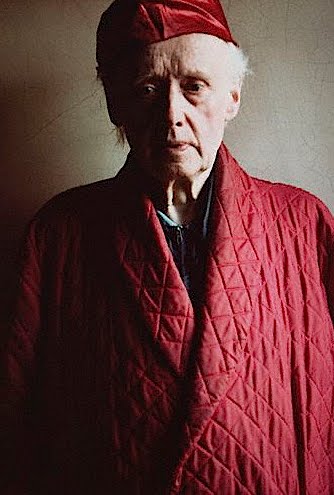 William Gerhardie’s Futility, published in 1922 (and available for 1p from Amazon), was a dazzling debut novel. Here’s how it begins:

And then it struck me that the only thing to do was to fit all this into a book. It is the classic way of treating life. For my ineffectual return to Vladivostok is the effectual conclusion of my theme. And the harbour has been strangely, knowingly responsive. It has sounded the note of departure, and the tall stone houses of the port seem to brood as I walk below, and ‘set the tone’. And because of this and the sense that I am marking time till the big steamer comes and bears me home to England I am eagerly retrospective….

What confidence! What dash! What deftness of touch! No wonder the literary world – from Edith Wharton to H.G. Wells, Evelyn Waugh and the young Graham Greene – was bowled over. In Gerhardie’s own description, Futility is ‘a novel on Russian themes, depicting a father gathering dependants as his hopes rise and his fortunes sink through four succeeding stages of the Russian social scene; the narrator, an Englishman of Russian upbringing [as was Gerhardie], revealing, against this humorously and geographically changing but tragically unchanging background, the pathos of his growing love for the second of three bewitching daughters.’

Gerhardie followed Futility with the first critical study in English of Chekhov, and the Chekhovian spirit looms large over his novel, the first section of which is even titled The Three Sisters and includes a visit to the the theatre to see that very play. Like Chekhov – though more self-consciously and self-mockingly – Gerhardie inhabits the territory where comedy and tragedy mingle. He is essentially a comic writer, with a startlingly clear-sighted view of the futility of life – in particular Russian life, about which he has no illusions.

The action (or inaction) of Futility is set against the chaos and civil war that ended in the victory of the Bolsheviks over the shambolic White Russians and their various long-suffering alllies. Revolution breaks out, coups and countercoups alternate, cities change hands repeatedly – and all the while the central situation of  the father (Nicolai Vasilievich), his complex family and his army of hangers-on remains unchanged, as he and they wait for that elusive turn of events that will restore his fortunes, while the narrator, Andrei Andreiech, nurses his hopeless longing for the beautiful, infurating middle daughter, Nina.

In one remarkable chapter, the narrator gives a cool, unflinching description of the slaughter attendant on a city changing hands following a coup, before shifting the subject of the conversation (he is talking, as he usually is, to Fanny Ivanovna, Nicolai’s common-law wife) to the uselessness of the military in general and of one officer in particular…

‘It is a consolation,’ said she, ‘to think that there are other useless people in the world beside ourselves.’
The snow still fell in heaps as I walked home, and it grew markedly colder, and one felt the onset of winter; while prisoners, it was said, were being killed in prison – noiselessly – out of consideration for the Allies in the city.

In a later conversation, near the end of the book, Fanny Ivanovna sums up:

‘Life drags on: a series of compromises. And we drag along, and try to patch it up – but it won’t. And it won’t break. And nothing happens. Nothing ever happens. Nothing happens…’
‘When I was very young,’ I said, ‘I thought that life must have a plot, like a novel. But life is most unlike a novel; more ludicrous than a novel. Perhaps it is a good thing that it is. I don’t want to be a novel. I don’t want to be a story or a plot. I want to live my life as a life, not as a story.’
‘Yes,’ she said, pursuing her own thought, ‘nothing happens. Nothing…’
The black night gazed through the window. The samovar produced melancholy notes. Tea was getting cold on the table.

Futility is a novel that more than earns its title – all of the action it portrays, on the large and the small scale, is in the end futile. But there is no existential angst here, and the Russian gloom is, as in Chekhov, used largely for comic effect. The futility of life is comic not tragic, and Futility is a novel that lightens the heart and is a joy to read. It sparkles as brilliantly now as it did on its first appearance – though there is a poignancy to reading it now, for Futility was less the beginning of a dazzling career than a precocious flash of brilliance before a slow slide into obscurity.

Though some of Gerhardie’s later novels were much admired – especially The Polyglots and Doom (also, confusingly, published as My Sinful Earth and Jazz And Jasper) – his reputation was in steep decline by the Thirties and he published no  more fiction after 1939’s intriguingly titled My Wife’s The Least Of It. Gerhardie lived on until 1977, his works were republished, but he remained a nearly forgotten ‘cult’ writer who had outlived his time and, probably, his talent.

But in Futility  that talent – Evelyn Waugh called it genius – is shining bright. It is, as H.G. Wells said, ‘a wonderful book’.