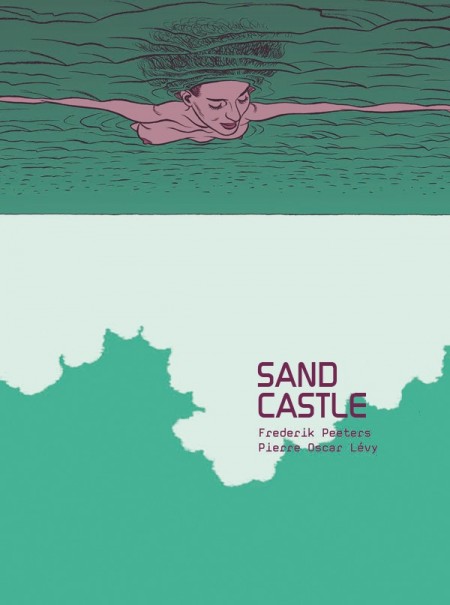 Here’s the first of a pair of posts on what is now an established and popular format: comics for grown-ups.

The other day I was watching a Channel 4 news segment about the now ubiquitous “occupy” facemasks, in which they dragged around the aged hippy & magician Alan Moore, introducing him to various youthful idealists/scrofulous layabouts camped outside St. Paul’s as the “man behind the mask”. As the Channel 4 voice patiently explained, the grinning Guy Fawkes face originated in V for Vendetta, his dystopian graphic novel (in fact, Moore is co-creator as V was a collaboration with the artist David Lloyd.)

What struck me was the intro: “You won’t recognize this man unless you read comics…’ which was then followed by some wittering about how the medium still remains “underground”, at the “cultural margins”. And I thought: Really? Alan Moore? Watchmen? You mean the influential adult graphic novel that in 2005 was (absurdly) put on Time magazine’s list of the 100 greatest novels published since 1923; has sold 2 million+ copies; and which in 2009 was made into a dire blockbuster? Moore is the frequent subject of interviews and profiles in The Guardian and The Independent and has even popped up in a crap skit by Stewart Lee. The astounding sales figures of Watchmen make him one of the most successful British authors alive today, and probably the best-selling literary author in the country, because pictures or no, Moore is intensely literary. Has Ian McEwan sold 2 million copies of anything? How marginal is he?

I am not saying this to knock Moore or McEwan but rather to make a point: enough with the “underground”, and the assumption that it’s still exotic to consider that there are comics targeted at adults. In Europe they’ve been knocking out comics for the non pre-pubescent set since at least the early 70s, when the French artist Jean “Moebius” Giraud teamed up with some other longhairs to publish Metal Hurlant. Since then many others have produced lavishly illustrated hardback volumes that may be published in the same format as a Tintin book, but which contain things you wouldn’t want the kiddies to see. More of this material is available in English than ever before, and not just the big breasted soft-porn fantasy stuff favoured by the venerable American magazine Heavy Metal. Some of it is even worth investigating.

SANDCASTLE is one such book (top). Published in the UK late last year, it was written by Pierre Oscar Levy, a French filmmaker I had never heard of, and illustrated by Frederik Peeters a Swiss artist similarly unknown to me. My curiosity was piqued when I saw a few images online; the style was much more restrained than the lush, psychedelic stuff Francophone artists knocked out in the 70s and of which I am, admittedly, rather fond. The art was black and white; there were no monsters; the nudity was “realistic”. Stylistically it recalled the overrated American cartoonist Daniel Clowes, a Guardian favourite who can draw but can’t plot for sour apples- certainly not if his highly mediocre David Boring is anything to go by. 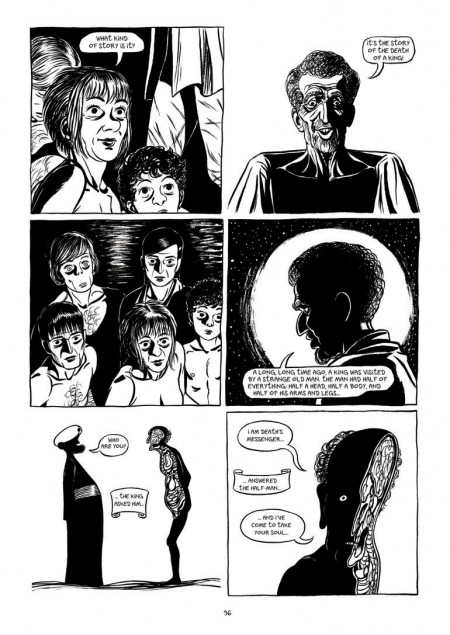 The story begins with a North African standing atop some rocks, observing a girl as she strips naked to go for a swim on an isolated patch of beach. It’s a cinematic moment pregnant with possibility, pointing in multiple different directions, although (to me at least) it felt as if I was reading the set-up to a crime story. There is an economy of line and text, a striking, melancholy narrative sparseness. Shortly afterwards, a group of tourists arrive and their kids find the dead body of the naked girl floating in the water. The North African is still lurking.

Who did it? Was it him? But why is he still hanging around? Why doesn’t he flee? Or was it an accident? An aged racist assumes it was “the Arab”, and attempts to place him under citizen’s arrest. Soon other people arrive at the beach but by now something strange is happening. In the space of an hour or so, a 3 year old boy has outgrown his swimming trunks.

Thus one mystery gives way to an enigma far more troubling, and the narrative slides smoothly from crime drama to something akin to a (good) episode of The Twilight Zone. The beach goers have stumbled upon a mysterious area where the ageing process is greatly accelerated. Within a few hours the kids have passed through puberty, and the adults are succumbing to the ravages of old age. A baby is born and starts to grow up. Attempts to escape are futile; a force is compelling them to remain where they are, somewhat like the dinner party in Bunuel’s The Exterminating Angel. Thus the tone is not straight SF but rather a blend of SF and European surrealism.

In the style of the best SF however, the authors modify one aspect of reality, and then study the responses of their characters. The unreal premise generates a set of all too plausible responses, a chilling intensification of the horror of aging. The characters blurt out confessions, fears, thoughts, but there are also brief moments of joy and togetherness. As Sandcastle rushes towards its inevitable conclusion, it retains an appealing ambiguity. Is this a metaphor? Not really, not exactly. But it’s a chilling story, and it stays in the memory for a long time afterward….

While I’m on the topic of graphic novels, I’d also like to mention ROBOT from the same publisher, SelfMadeHero (below and bottom). This book however is Polish and I have no knowledge of the history of comics in Poland. ROBOT is nevertheless highly literary, containing as it does adaptations of two stories by the great Polish SF author Stanislaw Lem. The first story, illustrated by Danusia Schejbal in the style of a weird Eastern European cartoon is a gem. The story is classic Lem: a philosophical-technological fable, featuring robots as the creators of stars, planets and a cybernetic civilization. It is wry, witty, erudite and very, very clever. 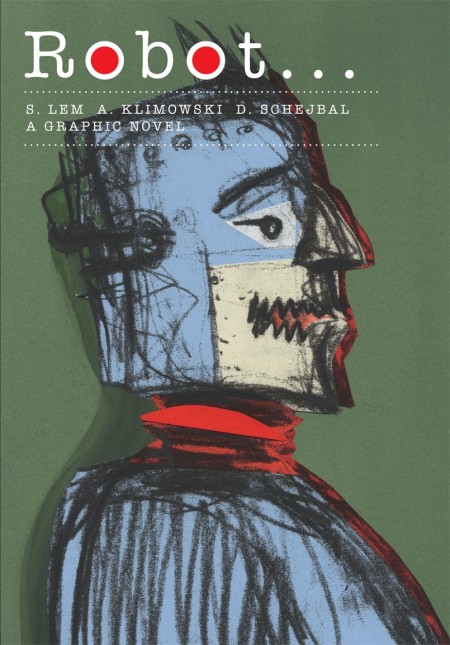 The second short is a bit more baffling. I was not surprised as the artist, Andrzej Klimowski published a willfully opaque comic strip through Faber and Faber a decade or so back. Ambiguity is his stock in trade, and I’m not sure whether he has completely transformed the Lem story to suit his aesthetic purposes or not. Certainly it lacks information: I know that Ijon Tichy was the hero of several of Lem’s stories and is the character we meet here. But Klimowski does little to explain this fact to new readers. Make of it what you will; perhaps I was just a bit knackered when I read it. But the first story at least is great, and worthy of the source material.

NB: I note in passing that ROBOT was supported by Polish government as part of the “International Cultural Program of the polish EU Presidency”. Let us pause for a moment to admire a government that marks such an occasion with a publication so unique and so creative. You know for certain that in the same position the UK government would merely dispatch a mediocrity from the X-Factor and some skateboarders to Lodz and be done with it. 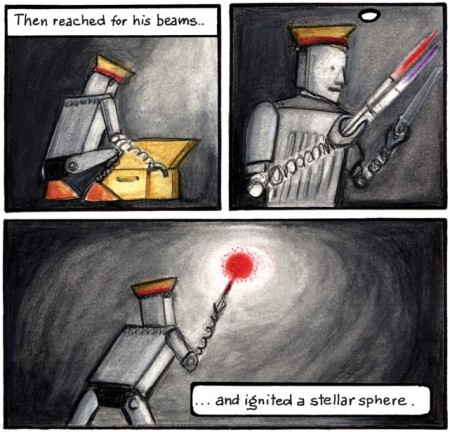 All images are courtesy of SelfMadeHero [visit their site – it’s brilliant. Ed.]

4 thoughts on “Sandcastle and Robot”