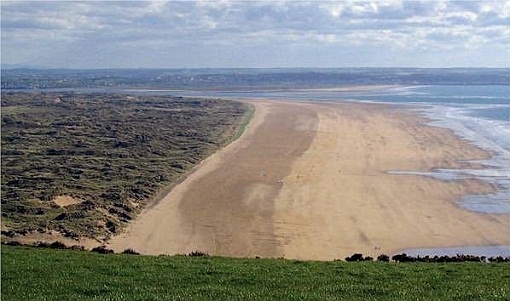 Mid-January and we’re no doubt approaching what some discredited mathematical formula or other decrees is the ‘most depressing day of the year’. Certainly we’re all broke, tired, a year closer to death, facing another existential crisis. It’s perfect British beach weather…

Previously on my extensive Dabbler Country tour of Britain’s seaside resorts I have visited Skegness and Ilfracombe. Skegness is a bleak, tacky town on England’s east coast, while Ilfracombe, in stark contrast, is a bleak, tacky town on England’s west coast. But now I want to take you to my favourite place in the country. Like Ilfracombe, Saunton Sands is on the North Devon coast and although I grew up with it, I only truly appreciated it long after I moved away. Here is a photo of me and my eldest daughter on it. 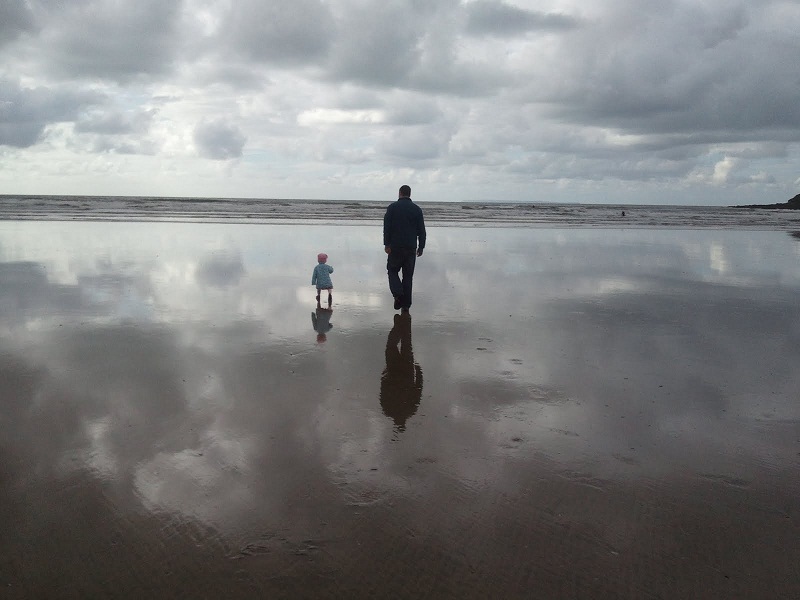 A vast, empty beach between the strange dunes of Braunton Burrows and the ocean, it is one of Britain’s natural wonders and ought to be more famous. Most summer grockles only glimpse it from the B3231 as they drive to the more popular beach resorts of Croyde or Woolacombe, though many pause at the roadside to gape at its sheer scale.

It is used for masochistic ‘surfing’ (i.e. gamely bobbing about in icy, wave-free waters) and some other British leisure activities, the best of which is winter walking while contemplating one’s brief mortality in a godless universe. 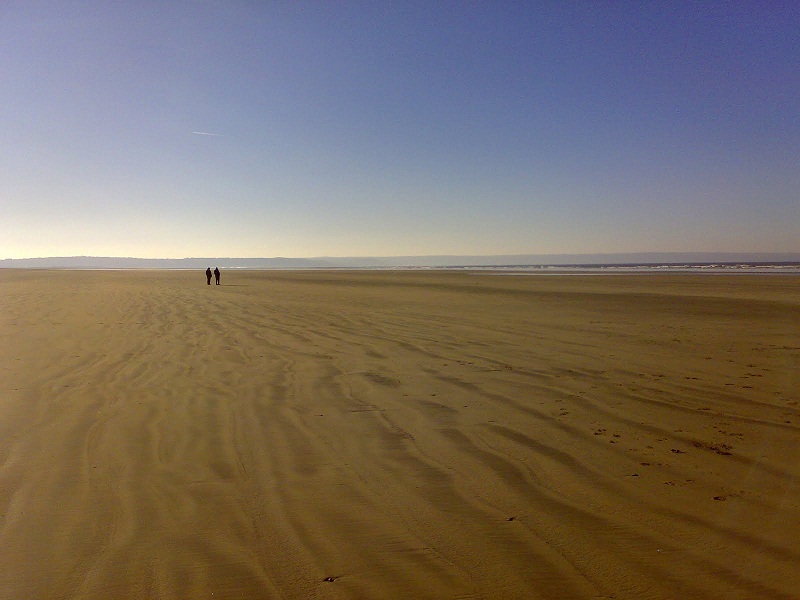 When I posted the snap above  (taken in January 2009),  on my Think of England blog, commenter Peter Burnet, a Canadian, wrote:

…How typically English of you to have taken it in January. ..Over here, we love beaches, but we know what they are for–getting fried, parties, playing with children, hitting on babes, etc. Our dissenters may look wistful, but they are very functional too–they like to look for whales while contemplating how America is destroying the planet. But it is never clear to me why you go to them or what you get out of them. You seem addicted to extra sweaters, turbulent skies, cold seaspray and prepared sandwiches.

Well we go to our beaches for many reasons but what Saunton Sands offers is space – a precious commodity on this packed island. In the above picture the tiny figures were in our party, but when walking on Saunton Sands you can pause for a moment to look at the sea or the dunes and suddenly a great space has opened up between you, and in the winter the wind is so cold and loud that it blasts all thoughts clean from your head.

Also, there’s a posh white art deco hotel on the cliffs above, and Nige told me he once saw Richard Madeley in there, looking “fabulous” in his “skimpy trunks”. Still, we must soldier on through January. Hang on in there, Dabblers, we’ll get through this together.