Recently Dabbler editor Brit made the controversial claim that the ‘jokes’ section of Private Eye – written for five decades by a small exclusive gang hidden away in the editor’s office – is not funny.

To investigate, Noseybonk, who is able to travel back and forth in time nae bother, zips forward to the year 2021, when the famous satirical magazine will be 60 years old…

Here he comes down Carlisle Street, head like a wobbly spud on a spindle. Snaking in his wake, as always, is the line of Boy Scouts trained from birth to chortle whenever he emits one of his Zingers – these being, in reverse order of brilliance: (4) Actually; (3) Errrrrrrrmm, No; (2) Errrrrrrrmm, No, Actually; and, the big one, (1) Allegedly. For it is he, Ian Hislops, editor of Private Eye, still sneering strong in the year 2021.

Noseybonk, donning cap and woggle, mingles unobserved amidst the troop and sees all. At the door of number 6 Hislops turns and addresses his flock.

“On one particular episode of Have I Got News For You… some years ago,” he declares, “the late Paula Yates, God rest her soul, referred to me as ‘the sperm of the devil’. Presumably she thought this made some kind of sense…. Errrrrrrrrm, No, Actually.”

Although (or rather, because) they have heard this Zinger many times before, the Pavlovian Scouts chortle, just as they do every week from their special holding pen in the HIGNFY studio. Hislops arches an eyebrow and twiddles his rollerball aloft before entering the hallowed halls of the Eye… 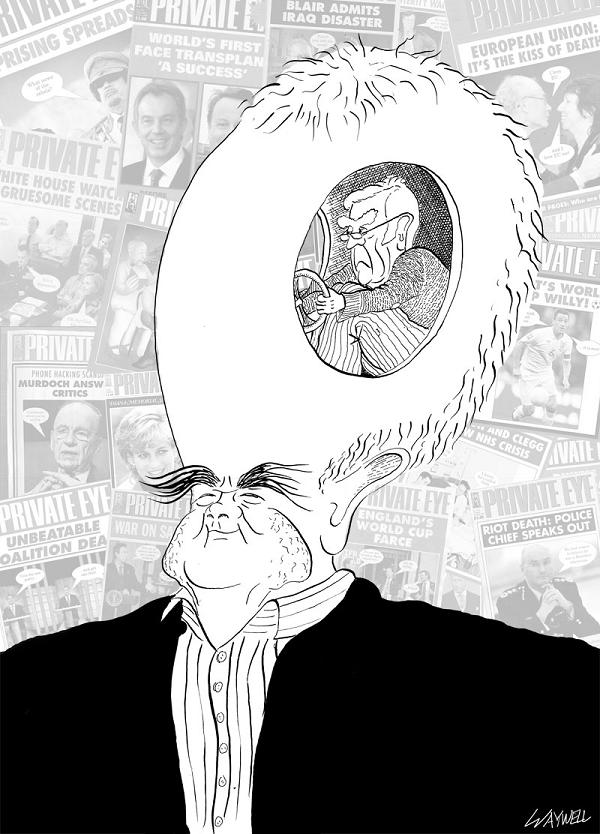 … The production room is abuzz. Everywhere there are clippings, snortings, sniggerings, papers, branded mugs, mags, scissors, snickerings, nudges, winks, drinks, gits and legover merchants. The Boy Scouts trot through their tunnel and up the rigging like powdermonkeys to await their master at the tip of the tower. A rattling lift takes Hislops up to the toppermost floor and into Editorial, where his beatified little team of comic masterminds is already gathered, as they are every Tuesday fortnight, ready to create their inimitable satirical blackmagic.

Hislops inserts himself into the biggest chair, prongs his elbows on the table with rollerball pinched in both finger-sets, and looks quizzically about him. Here is Booker: hunched, wheezing, older than Satan, but still with that glint in his eye. There is ancient Ingrams, back in the fold again, rough as a badger’s yet always ready with a cracker. And there’s Slavoj Zizek. And Hale. And Pace. And a pair of nameless flunkies. And up above on their Chortling Balcony wait the obedient Boy Scouts, impassive now but ready to do their work. Noseybonk lurks amongst them.

“Right,” begins Hislops, “Has the Strictly line-up been announced yet? Who’s dancing with Anton?”

“Ah good. Plenty there. Get on it, nameless flunkies. Now what are we doing about venerable old William Hague? I understand he’s had a little trouble in what used to be referred to in some quarters as ‘the trouser department’…. Allegedly.”

The Boy Scouts howl on cue. Ingrams gruffles from beneath his eyebrows.

“Let’s call him a poof!” screeches Slavoj, to applause.

“Trouser department, you say? Gives me an idea…” says Ingrams cannily. “How’s this for a wheeze? The Tory Cabinet as the cast of Are You Being Served? Hague as John Inman… ‘Ooh I’m terribly sorry Prime Minister Boris, I’m having a spot of trouble in the Trouser Department’….”

“Oh I say that is good,” chuckles Hislops.

“Or perhaps something a little more… subtle,” intones Booker, slyly. He clears throat, rising, and reads from notes. “Ahem. From our roving reporter in Dingley Dell, near Ye Olde Palace of West Minster. The tranquillity of a normally quiet residence of a family of three has been shattered this week, as a mysterious intruder was found asleep in the bed of its youngest member. The father of the family, a Mr Bear, first noticed something was amiss when his breakfast porridge was…”

There follows a long, painstaking and life-draining skit in which every single member of the Government and Opposition is crowbarred into the guise of a nursery rhyme character, including Prime Minister Boris Johnson as Goldilocks, Leader of the Opposition Ed Balls as Little Tommy Stout and Gove as Miss Muffet.

“…’Who has been sitting in my unelected quasi-autonomous non-governmental department chair?’ Mr Bear is reported to have demanded….”

Bored, Noseybonk leaps through his time tunnel to 2031, to see if Booker has finished yet. He hasn’t, so he leaps again. To 2041. In this frightening future the Editorial room is largely unchanged but fires screams and alarms rage outside. A fresh batch of Boy Scouts waits on still-archly-boyish Hislops and his ever-decreasing circles of Zingers. Booker is asleep in his luncheon (boiled rat). Ingrams is missing, presumed dead at last. Hale and Pace have been replaced by Horne and Corden, both surly now, and hardened. Zizek is currently General Secretary of the RMT and is himself the target of the satirical wit of Private Eye, which boasts a circulation of 38.

Hislops draws each of the 38 copies himself by hand using an antique rollerball and when one is completed Horne rolls it up and puts it in a used Sipsmith gin bottle, addressed with tear-jerking optimism to its subscriber, leans out the porthole and hurls it into the globally warmed floodwaters of what used to be the greatest capital city in the world but is now little more than a hellish wasteland of sea and fire and gangs and beseiged hideouts, rubble punctuated by lonely tottering buildings like 6 Carlisle Street, the last of its terrace, which will be Hislops’ tomb and monument to the failure of satire, and out, out westwards beyond the broken city the lone and level sands stretch far away. 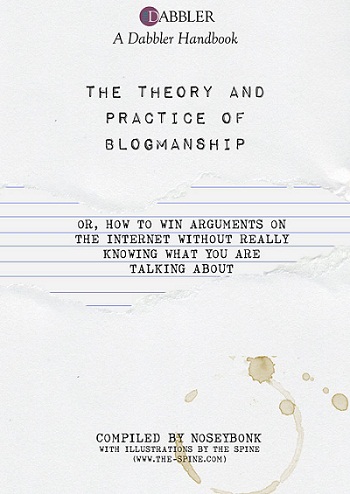