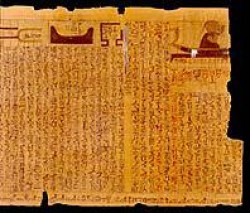 The Dabbler’s communications expert Mark Pack reflects on how there’s nothing new under the sun, at least in communications: there’s another thing the Romans did for us.

Before the internet, before computers, before even electricity, the Romans had a communications technology that showed an understanding of how to get the right information into the right hands which is still highly applicable to the online world.

The Acta Diurna were daily public notices, posted up in public locations around Rome. Lesson one – put your information where the audience is.

The content mixed dry official news such as the latest magistrates to have been elected with news of greater human interest, such as notable births, marriages and deaths or strange omens. Lesson two – spice up information with interesting human colour. (Or, in the 21st century, a photo of a cat. Though Pliny the Elder did recount a story he read in them about a dog who faithfully followed his dead master’s body into the river at the funeral.)

Rich people would send scribes to find the latest Acta Diurna, make a copy and bring it to them. Provincial governors too would keep in touch with the news by having copies made and despatched to them. Caesar didn’t go round threatening to feed people to the lions for breaking his copyright. Lesson three – make it easy for people to share your information and it will spread far.

Whilst out of power, Cicero was moved to complain about the contents of the Acta Diurna for giving others a false impression of what he had been up to: “I receive letters from princes of foreign states thanking me for the part I have taken in making them kings, while I did not even know that there were such persons in the world”. Lesson four – if you want to influence what people think about you, don’t leave it to others to do all the communication.

Or in other words – when someone tries to dazzle you with the wonderous newness or fiendish technicalities of a communications medium, remember that the basic principles remain much the same.

7 thoughts on “The Acta Diurna, or how the Romans had an internet-savvy approach to information”