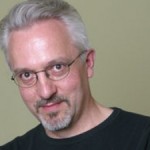 Every one’s a winner on The Dabbler today: now it’s Dabbler Book Club member Emily Taylor, who’s got two free tickets to Writing on Houses – Dwelling on Dwelling, an evening of discussion on 19th September at King’s Place in London. It features Alan Hollinghurst (author of the Book Club’s choice for August, The Stranger’s Child), Andrew Motion and Rowan Moore and is concerned with the relationship between houses and literature:

Whether providing inspiration, patronage or refuge, houses have for centuries influenced the art of writing. And with poetry, essay and novels enjoying their own internal architecture, the relationship could be said to be a formal one, too. Join former Poet Laureate Andrew Motion, Man Booker Prize winner, Alan Hollinghurst, and Observer architecture critic, Rowan Moore, to discuss the idea of houses and literature, through history and imagination, and their enduring exchange.

It’s organised by our friends at Macmillan, who kindly provided these tickets to The Dabbler Book Club.

There are some tickets left so do go along if you can. You can buy them here.

More Alan Hollingshurst in the next week or so, when The Dabbler Book Club will be reviewing The Stranger’s Child.