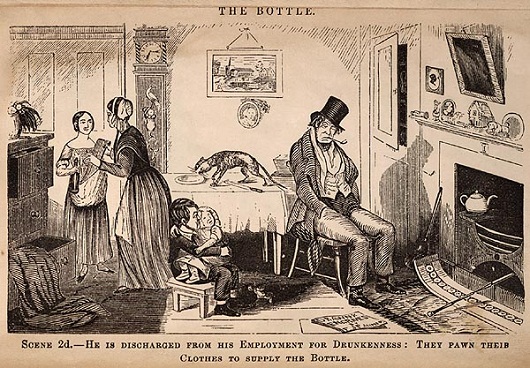 Father’s Day next Sunday and does slang care? Not really. But we’ve done mother so let’s take a look at her partner in crime. It seems to start with Sanskrit pitr which forks soon afterwards, giving a choice between the Teutonic fader/father group and the pater of Greek, Latin and a variety of ripping schoolboy yarns (where it vies for primacy with governor). As for slang representation, compared with mother and her polysyllabic plenitude father makes a limited showing.  And compared again with mother father gets off pretty lightly. There is Australia’s peerless simile lonely or solitary as a bastard on Father’s Day, but it is the bastard that who is mocked, while father and his day – an artificial American construct as one might have expected – suggest a world much missed and equally desired.

Father is by his nature old, since it seems that it is his son who is usually naming him. Thus the gaffer which comes from granfer, and can be grandfather too, as well as an all-purpose old josser. After that shuffle past the old gent or gentleman, old lad, old ’un, old boy, old buck (a possibly raffish youth?), old chap, old fellow, old one and old top, though this South Africanism is less a variation on the Woosterish term of affection but a derivation either of the Zulu thopi, growing sparsely (e.g. of hair) or Hindi topi, a hat. Old strike-a-light stems apparently from his cry of ‘strike a light!’ when asked for yet another ‘loan’. Given strike a light’s background, we must assume that the 19th century phrase was not generally adopted in Greyfriars. But if the fictional father has a primary role, it is as the supplier of money. Thus the relieving officer, which played on its standard English origins, meaning an officer appointed by a parish or union to administer relief to the poor. The 18th century’s square toes refer’s to father’s antiquated taste in footwear. 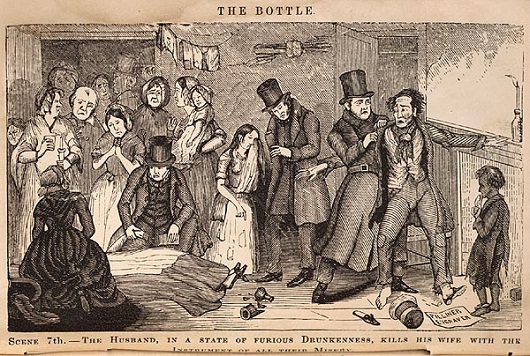 Father tout court is the owner of a common lodging house, a receiver of stolen goods (which plays on uncle, a pawnbroker) and a large-scale drug-dealer. Both father Abraham and father confessor denote the penis, while father time can be an old bloke, or a prison warden (the play here is on time, as in to be served). Still punning we find the Father Christmas hold, painful rather than festive: a ‘handful of nuts’. The father and mother of something is an extreme example and rhyming slang gives Father O’Flynn, the chin. To father something on someone is to ‘pass the buck’. Perhaps the best known slang use as is how’s yer-father which was apparently coined in a music-hall sketch performed by the comedian Harry Tate (1872–1940) and definitely popularized by servicemen during World war I. It means, of course, sexual intercourse and is often prefaced by ‘a bit of…’. The phrase also works to define anything for which one either does not know or prefers not to mention the name and to swear like how’s yer father is to give emphatic vent. It has also been found meaning petty criminality and, euphemistically, a condom. Adopted into rhyming slang, and based on ‘lather’ it can mean a state of excitement or fear and, in New Zealand, a fight. Other rhymes include good and bad or sorry and sad (dad), old pot and pan (old man), and soap and lather (father). More mysterious is Tommy get out, and let your father in. It means gin, or a glass thereof, but why. Hideous overcrowding, lavatorial queuing, incestuous tussles for mother’s bed…?

Aside from such tried-and-trusted staples as pop, pops, pa, pappy and paps, one has the 18th century face-maker, a father of an illegitimate child; the West Indian (and now Afro-American) baby-father (also baby daddy, baby poppa or pickney father) the father of one’s child although not one’s legal husband. A trick daddy (trick being a whore’s client), is a the father (knowing or not) of a prostitute’s  child. The 18th century had stand Moses, which meant variously to have another man’s illegitimate child fathered upon one’s wife (the parish rule was that one picked up its bills); later meanings were to act as a surrogate father and, for money, impregnate another man’s wife. and finally to adopt a child.  Used of a womanizing singleton to break a leg is to father a child, whether one wishes to or not (for a woman it is to become pregnant). A beef baby (from beef, a criminal charge) is a child fathered by a gangster who is living temporarily with a girlfriend while hiding from the authorities. All are the result, of course, of unrestrsained playing at fathers and mothers (and indeed dads and mums or mummies and daddies). More positive was the mid-20th century Americanism, to get one’s bait back, a piece of fishing imagery that means to father a son.

Depending on one’s religiosity, dad, euphemising God when God would be seen as blasphemous, either is (religious) or isn’t (apostate) a reference to father. Or indeed Father. If the later, then may I reccomend dad-binged, dad-blamed, dad-blasted, dad-blistered, dad-bob, dad-burned, dad-fetched, dad-gasted,dad-gum, dad-rotted, -dratted and -ratted, dad-snatched, dad-shaved, dad-shined and dad-swamped. All are American, though the original God = dad euphemism was English and 17th century, and all suggest cowboys of the screen if nowhere more three-dimensional. Dad also gives some rhymes: Australia’s Dad and Dave, to shave, which comes from the popular 1930s radio serial ‘Dad and Dave’ concerning various aspects of rural life. The show was based ‘somewhat remotely’ on characters in the novel Our Selection by ‘Steele Rudd’ (Arthur Hoey Davis, 1868–1935), itself taken from his columns in the Bulletin, starting in 1895. The feminine principle was represented by Mum and Mabel. Australia also offers dad and mum, rum or what sounds an unappetising cocktail of rum mixed with the cordial Bonox, a local take on Bovril. For bingo fans dad at the door is the number 24. 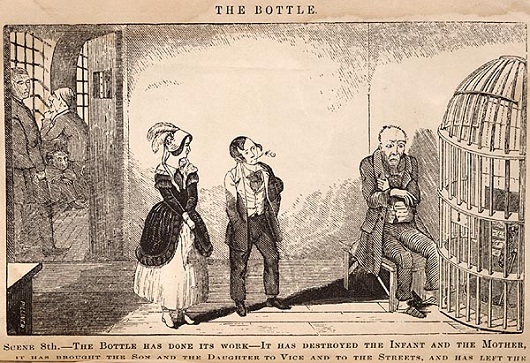 Not much space for daddy, which, father aside, has multiple definitions: among them the aged pauper in charge of a tramp’s lodging house; any influential individual (also big daddy); an older man who provides the material desires of his younger mistress or, if gay, male lover (both, more commonly, a sugar daddy); a pimp; a Cadillac; a leader (through intimidation and other influence) of the inmates in a borstal or prison; and as the daddy, the supreme example, the most important or powerful, and often as the daddy of them/us all. The US expression like daddy-come-to-church meant to a very great extent. More recently who’s your daddy? is a deliberately insulting form of address in which the speaker emphasises their domination/humiliation of a target.

Nor indeed for daddy-o, the beatnik’s fave, save for its origins. It came from US radio of the 1940s when New Orleans DJ Vernon Winslow was broadcasting under the name Doctor Daddy-O; meanwhile rock ’n’ roll DJ Porky Chadwick of WAMO, Pittsburgh called himself ‘the Daddy-o of the radio, a porkulatin’ platter-pushin’ Poppa’.

Illustrations from a series of eight cartoons “drawn and engraved by Pilliner, Philadelphia,” for Temperance Tales; or, Six Nights with the Washingtonians, by T[imothy]. S[hay]. Arthur (Philadelphia: W. A. Leary & Co., 1848).

6 thoughts on “Patrilineality – Slang and Fathers”