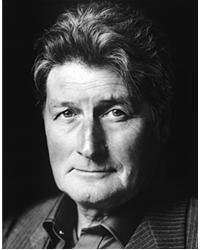 But I do know he has given me hours of entertainment thanks to his amazing abilities at narrating audio books. His voice brings characters, scenes and plots to live in a way that adds to the impact of the original author’s words just as an actor adds to the writing skills of a playwright.

Yet whilst actors get as much – if not – more attention than those whose words they bring to life on the small or large screen, on the stage or even on the radio, those who narrate books are mostly unsung. Think Hercule Poirot and most people will think David Suchet. Think George Smiley and most people will think Alec Guinness. But however good the audio book narrator, they never make it into the same thought.

Frequently barely mentioned in the packaging or online descriptions and rarely acknowledged for the skill they bring to the job, they are the unsung heroes. You only have to listen to an audio book with a narrator who is worthy and competent, but no more, to appreciate how much the very best contribute to our entertainment.

So here’s to Tim Goodman and his colleagues who are at the top of their profession and provide so much extra enjoyment to those of us who enjoy audio books.