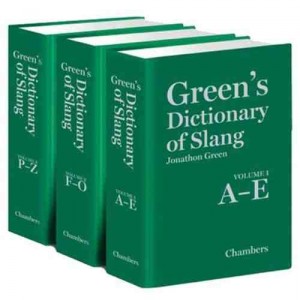 Jonathon Green – visit his website here – is the English language’s leading lexicographer of slang. His Green’s Dictionary of Slang is quite simply the most comprehensive and authorative work on slang ever published. Today, Jonathon looks at death…

’E’s not pinin’! ‘E’s passed on! This parrot is no more! He has ceased to be! ’E’s expired and gone to meet ‘is maker! ’E’s a stiff! Bereft of life, ‘e rests in peace! If you hadn’t nailed ’im to the perch ’e’d be pushing up the daisies! ’Is metabolic processes are now ’istory! ’E’s off the twig! ’E’s kicked the bucket, ’e’s shuffled off ’is mortal coil, run down the curtain and joined the bleedin’ choir invisibile!!

Ah yes. Monty Python. The dead parrot. 1,138,537 views on Youtube and  millions more, no doubt, who simply know it by heart.

It was, or so the word-obsessed assume, the range of Mr Praline’s euphemisms that amused, rather than the stuffed Norwegian Blue itself. There are thirteen, if one excludes the less than euphemistic stiff, used for a corpse from around 1790. The word dead does not enter the equation. (Though it’s all over the rest of the script). It includes some of the staples: the ‘passed on’ of condolence, the quasi religious ‘gone to meet his maker’ and ‘rests in peace’. The grave-related ‘pushing up the daisies’, the Shakespearian ‘mortal coil’ (from Hamlet), the etymologically unresolved but popular ‘kick the bucket’, and so on. As the Victorians to sex so the moderns to death. We don’t go there. Except that, like them we must, and conjure up a scenic route accordingly.

The essence is departure: we leave town, quit the scene, buy a ticket, cut sticks and if gold-miners in Australia, pull up our pegs (and thus vacate our claim). More simply, we go. We go to the races, we go across the river (the river being the mythological Styx across which dead Greeks were supposedly ferried by Charon en route to Hades), or up Salt River (the salty tears of the mourners and/or the bitterness of death). We go trumpet-cleaning (the trumpeter in question being the angel Gabriel). More prosaically we go up the flue, the lift formerly in use in pawnbrokers’ shops, via which the articles pawned were taken to storage. And of course we go west, which comes either from the image of the setting sun, going down in the west or from the drive west that took a condemned criminal along Holborn from Newgate prison to the ‘triple tree’ at Tyburn (today’s Marble Arch). Such corpses might be left hanging and thus would give the crow a pudding, in this case the yummy entrails of the deceased.

On which note let us go to Abney Park, i.e  the non-conformist cemetery in Stoke Newington. Punning, we go to the diet of worms (that 1521 meeting between Emperor Charles V and Martin Luther that effectively launched the Protestant Reformation) and generously feed both the worms and the daisies we are already pushing up (we push up dirt too). It is cosy, we become a landowner (the grave), take a dirt nap or camp down, while we play the harp and sing the hallelujah chorus. To go to grass has a cemetery tone but it also invokes animals ‘put out to pasture’.

Death is big on retirement and quitting work: We clock out or punch the clock; we go for our tea. To sling one’s hook may refer to raising the anchor but also the hook on which a working miner left his day clothes: when he finished his shift he removed his possessions from the hook and left for home. We do a good deal of hanging up: our boots, our fiddle, our harness, iron, tackle and our hat. Not to mention our gloves, since boxing offers many images. We can take the (final) count, chuck in or chuck up the sponge (which sponge can also be flung up, thrown in or up and tossed in. We can kiss the dust which came from mid-18th century prize-fighting, fought on the ground not on canvas), although bite the dust seems to be a ‘Wild West’ creation.

From sport to gambling. Life’s a casino, the night’s through, it’s time to call off all bets and cash in one’s (earthly) checks. Or hand or pass or send them in, which verbs can also come with chips, counters and the UK cheque. Cards give chuck one’s hand in while craps offers crap out, i.e. make a losing throw, one of which is to throw sixes, the losing throw of 12. There’s a small subset for marbles or what the US calls alleys: pass, roll or throw in one’s marbles; toss in the alley and toss in one’s agate.

On it goes. The Navy gives coil one’s ropes or cables; one can simply cut the cable, or the painter, which can also be slipped, as can the wind. To hit the deep six refers to ‘deep-sixing’: thowing something overboard. Star billing is of course the trip to Davy Jones’s locker. At best Davy Jones represents the spirit of the sea, at worst he’s the ocean’s own devil; either way it is in his ‘locker’ that drowned seamen are stowed. The etymology remains obscure, perhaps Jones refers to Jonah whose own ‘locker’ was the belly of the whale. ‘Davy’ may have been added by Welsh sailors. Soldiers, meanwhile, answer the last muster or the last roll-call.

There is a good deal of dropping. Off the hooks, off the twig (or just hop the twig) and of course the perch (and is there a sense here of the soul ascending, in the traditional guise of a bird?). One need not always drop, one can fall off, tip off, trip off and pitch over the perch too. Alternatively one can climb: the golden staircase or less glamorously the greasy pole.

Second, to kick the bucket. Another unresolved one. Theories include the late 18th century method of slaughtering a pig, in which the animal is suspended from a beam by the insertion of a piece of bent wood (a ‘bucket’) behind the tendons of its hind legs; the dying animal naturally kicks out at the bucket. Alternatively, and rather less likely, the story of the ostler of an inn on the Great North Road who killed himself by hanging; to gain the necessary drop he stood on a bucket, kicking it away as required.