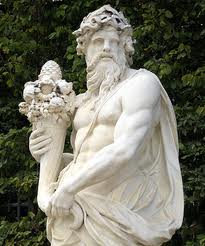 I recently spent ten days in hospital. One of the non-medical consequences is that I’m now lavishly appreciative of my phone (by the way, the medical consequences were also positive). It’s a smartphone that I acquired via an upgrade a couple of months ago.

It entertained me beyond my wildest dreams. It even introduced me to some new cultural experiences. In a mercifully truncated, hospital-based version of our famous 6 Clicks feature, here’s what diverted me:

1. Whilst listening to Stuart Maconie and Mark Radcliffe’s Radio 2 evening show (on the phone) I came across a tune by a band I’d never heard of, School of Seven Bells. It was a captivating mix of electronica, thrashy guitars and folk. I liked it so much I downloaded – using the phone’s complimentary Spotify Premium software – their album Disconnect from Desire, which was one of the freshest things I’ve listened to in recent years. You can listen one of its tracks, Babelonia, here.

2. I downloaded onto the phone’s Kindle application Hugo Young’s Papers. This was perfect phone fodder as it’s a series of short accounts of meetings with politicians and other movers and shakers. As such, it’s journalism’s first draft; much of it is also, perhaps more appealingly, a form of high-level gossip. This sort of episodic book is perfect for reading on a small screen and when periodically distracted. It would also be great for Tube commutes, for instance. The phone was also a lot easier to hold than a book (at least for me – I’d had stomach surgery) and its low-level back-lighting meant one didn’t need to turn any lights on whilst traversing the dark watches of the night.

3. By chance, I’d come across references to Algernon Charles Swinburne in three of the books I’d recently read and, not knowing his poetry, I decided to put some on the phone. It turned out that one of his best-regarded works, Atalanta in Calydon was available for free download from the Kindle store. I spent a couple of evenings reading it to the accompaniment of School of Seven Bells’ Disconnect from Desire, a memorable and affecting multimedia experience.

The passage that begins:

When the hounds of spring are on winter’s traces,
The mother of months in meadow or plain
Fills the shadows and windy places
With lisp of leaves and ripple of rain…

The ivy falls with the Bacchanal’s hair
Over her eyebrows, hiding her eyes;
The wild vine slipping down leaves bare
Her bright breast shortening into sighs;
The wild vine slips with the weight of its leaves,
But the berried ivy catches and cleaves
To the limbs that glitter, the feet that scare
The wolf that follows, the fawn that flies.

is now a firm favourite (it was practically intoxicating in the sterile environment of the hospital).

4. I enjoyed Stewart Lee’s Comedy Vehicle, shown on BBC2 last year, and thought I’d like to get to know him better. There’s plenty of his stuff on YouTube (which can be played on the phone) and, although it won’t be to everyone’s taste, I found him hilarious, painfully so at times (I suppose I also mean this literally – convulsive laughter is not so much fun with stitches). I’m now planning to go to see his live show next month.

Here’s a brilliant taster which will be enjoyed by connoisseurs of the relationship between the English and the Scottish (or the Scotch as our Stew calls them…):

5. Finally, there’s all the daily entertainment you find on your computer – papers, blogs, social media, etc. – which you can also enjoy on the phone. (It’s a good quality digital camera too, but I didn’t feel the need to record anything to remind me of my stay).

So. All this – veritably a cultural cornucopia – on something that’s not much bigger than a packet of fags and costs the same monthly fee as my old phone. Take a step back – isn’t it awe-inspiring?