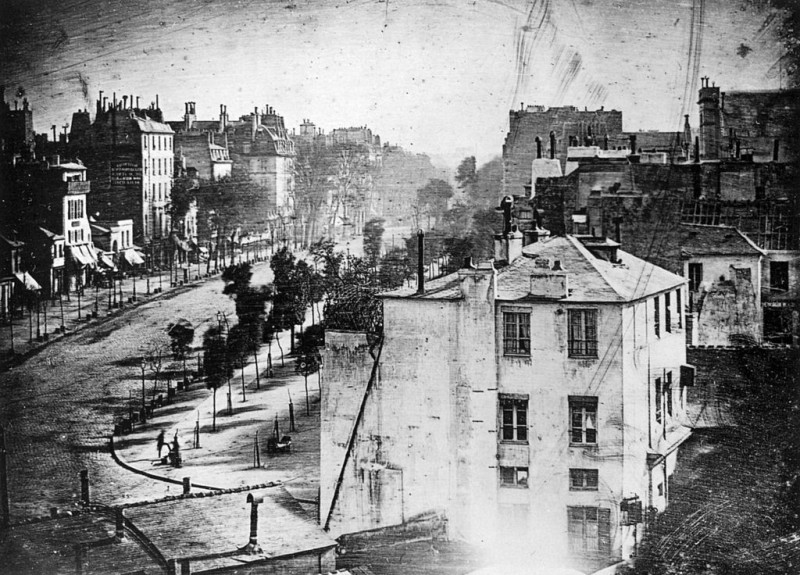 Today, a small Dabbler tribute to the endurance of Paris. Nige celebrates an extraordinary photograph…

The Parisian street scene above dates from 1838, and was captured by Louis Daguerre, who was born this week (18 November) in 1787.

Daguerre, who achieved worldwide fame with his Daguerrotype process, began his photographic researches with Nicephore Niepce, creator of the world’s first heliograph, and continued to pursue them, with increasing success, after Niepce’s sudden death in 1833.

In the image above, the Boulevard du Temple seems eerily deserted, but this is the result of the ten-minute-plus exposure required by Daguerre’s process at this time. Passing traffic and pedestrians would not have been in place long enough to register. Only the man having his shoes shined at lower left, and the chap doing the shining, were still long enough, and now they live on, the first unwittingly photographed people in history, caught on a sunny afternoon in Paris in 1838.

‘I have seized the light!’ cried Daguerre, in a moment of excitement. ‘I have arrested its flight!’