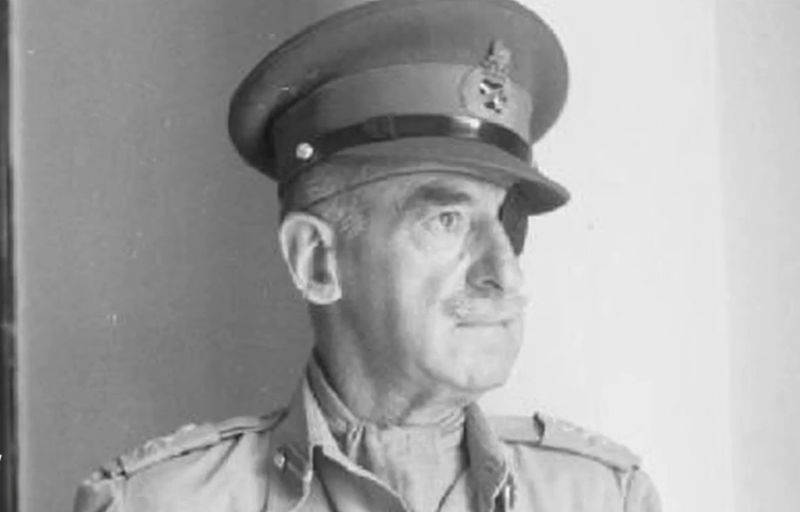 Adrian Carton de Wiart’s soldiering career extended from Boer to Second World Wars, taking in many events of large historical importance. He was usually to be found in the thick of the action, winning a VC during the First World War. This excerpt from his fascinating and sometimes alarming memoir, Happy Odyssey, illuminates his motivation. A listless student at Oxford, he learns of the ‘outbreak of the South African War’:

At that moment I knew, once and for all, that war was in my blood. I was determined to fight and I didn’t mind who or what. I didn’t know why the war had started, and I didn’t care on which side I was to fight. If the British didn’t fancy me I would offer myself to the Boers, and at least I did not endow myself with Napoleonic powers or imagine I would make the slightest difference to whichever side I fought for.

I know now that the ideal soldier is the man who fights for his country because it is fighting, and for no other reason. Causes, politics and ideologies are better left to the historians.

His enthusiasm was that of a true sportsman. It often spilled over into recklessness, though his numerous wounds proved no deterrent. This was demonstrated early in his military career. Here’s an extract from the chapter in Happy Odyssey, Fighting the Mad Mullah. He’s storming a blockhouse occupied by Dervishes:

I was in my shirtsleeves and the first shot fired at me passed through my rolled-up sleeve and did no damage, but as the muzzle of the Dervish’s rifle could not have been more than a yard away from me the blast blew me backwards and I wondered what to do next. Some of our men were being hit and the wounds were bad, as the bullets were heavy and soft, but luckily the Dervish, for economy’s sake, used a small charge of powder.

By this time I was seething with excitement. I got a glancing blow in my eye, but I was too wound up to stop – I had to go on trying to get in.

The next hit was in my elbow, and I plucked a large but not too damaging splinter from it. But the following shot split my ear, and as the doctor was standing conveniently near he stitched it up there and then, looking meanwhile at my eye which was feeling pretty painful. It seemed to be beyond immediate repair.

While I was being sown up Lieutenant Simmons made an attempt on the threshold, but he had the back of his head blown off by one of these soft bullets and was killed instantly.

Patched up, and still wound up, I tried again to storm this blockhouse, but a ricochet from a bullet went through the same damaged eye. We were so near the Dervishes that I could touch their rifles with my stick which was only a couple of feet long.

Our Somalis were having heavy casualties, and Tom Cubitt decided to let the Indian contingent have their try. But they fared no better and, as the light was beginning to fail, we withdrew to camp not far away to take stock of the situation and lick our wounds. Rather magnanimously, we offered the Dervishes their lives if they would surrender, but our generous gesture brought forth a still brighter volley of rudery as to our parentage.

It had all been most exhilarating fun and the pace too hot for anyone to have any other sensation but thrill, primitive and devouring. But by the time I got back to camp I was in bad shape, my eye very painful, and I was practically blind.

This bit of ‘exhilarating fun’ did indeed blind him and contributed to his striking appearance. As theDictionary of National Biography has it: ‘With his black eyepatch and empty sleeve, Carton de Wiart looked like an elegant pirate, and became a figure of legend.’

Not just legend: Carton de Wiart is immortalised as the model for Brigadier Ritchie Hook from Waugh’s Sword of Honour trilogy. (Curiously, his best friend at Oxford, Aubrey Herbert, also provided the model for an imperishable fictional character, Buchan’s Sandy Arbuthnot; he also happened to be Waugh’s father-in-law.)

But there was more to Carton de Wiart than his mad, buccaneering streak: he was sent as an envoy to the Polish Government after the First World War and the Chinese Nationalist Government during the Second. He was a great one for country sports too, hunting, fishing and shooting. Indeed, he spent a good part of the inter-war period living in Poland’s Pripet Marshes where he was reckoned to have shot 20,000 ducks.

He was forced to abandon this sporting idyll by the onset of war, being re-called to lead the British mission to the Polish government. Soon he was forced to leave the country altogether as the Poles went down, taking a circuitous but still dangerous route home.

I was told an anecdote concerning this trip by a don at Oxford. I haven’t come across it elsewhere but its teller was a careful and serious historian. It may be revealing of the particular virtues Carton de Wiart brought to wartime diplomacy.

To get back home he had been forced by advancing German and Soviet troops to travel far to the south before turning west, which he did at the Romanian border. He’d thought it appropriate to wear for the journey full dress uniform (including plumed hat) and having been refused entry at the border he decided to put on a show. He marched up to the guards, saluted vigorously, before informing them in parade ground fashion in each of the half-dozen languages he spoke that there were three sorts of Romanians: pimps, homosexuals and violinists. Whilst having no idea which of these he was addressing he demanded free passage. They complied.

A version of this post originally appeared on The Dabbler in 2010.