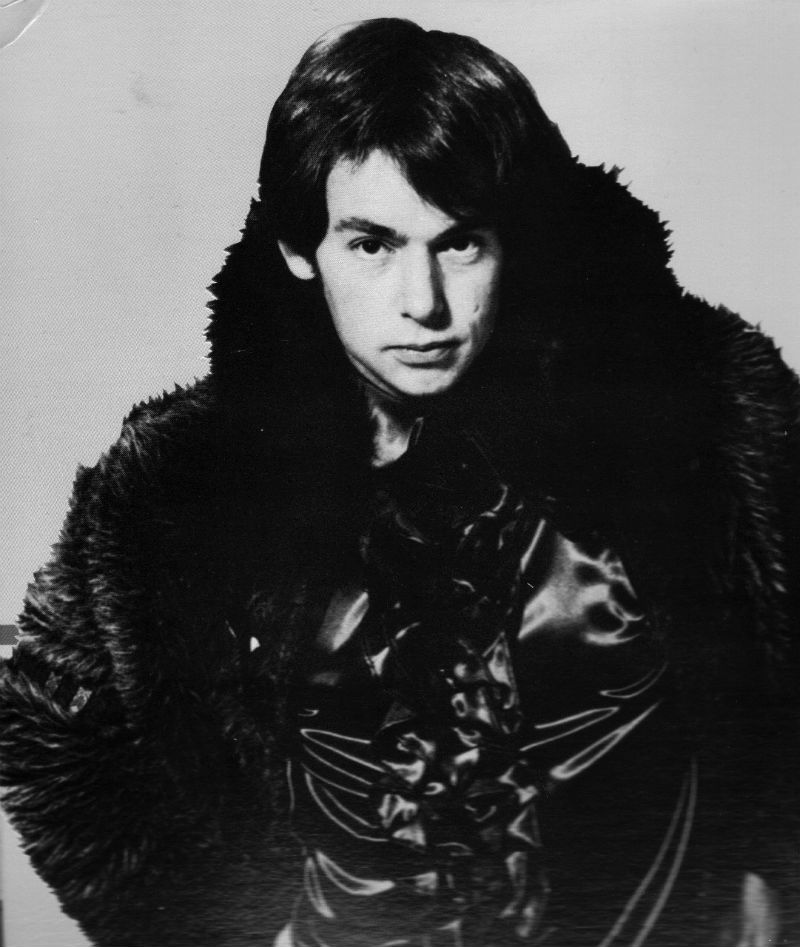 Does anyone remember Ian Whitcomb? He was a 1960s ‘British Invasion’ novelty US hit merchant who (well before Tiny Tim) adopted the ukelele as his trademark instrument. A few years ago, Travis Elborough, writer and cultural historian of the obscure, tracked Whitcomb down to his home in California and found an impeccably English Englishman…

Altadena, California, could seem a somewhat surprising place to find Ian Whitcomb, the public school-educated ex-60s British Invasion pop star, ukulele virtuoso, author, actor and broadcaster. Nestling at the foothills of the San Gabriel Mountains some twenty miles from Hollywood and thirty miles from the Pacific Ocean, Altadena is, as one local historian puts it, ‘between wilderness and the city.’ Zane Grey, author of westerns, most famously Riders of the Purple Sage, moved here in 1920. And with paved sidewalks a rarity, horses to be spied trotting along its streets and raccoons and bobcats notorious scavengers of the local bins, it still feels a far wilder place than its proximity to downtown LA might suggest.

Upon arriving at Ian Whitcomb’s late 40s, stucco and frame house home, the first thing to be heard was a dog barking loudly. It was barking with a loudness, and a ferocity, that implied some experience with dismembering unwelcome intruders, and that it’s owner would most probably appear sporting a greasy trucker cap and wielding a large shotgun to boot. As it was, the potentially savage beast’s howls were promptly silenced by a few clipped words from a slender, dapper white-haired gentleman who emerged from behind a large front gate – and one whose voice owed decidedly more to the home counties than home on the range.

Whitcomb may have lived in California for close to forty years now but his accent remains unwaveringly RP. ‘People often ask me’ he conceded, once we were inside, apologies for/introductions to his dog, Rollo,completed, and a bottle of champagne uncorked, ‘why have you still got this British accent?’ “Why haven’t I got an American accent”, they say? But every night I dream about going on a train to London as a child.  The city is still all black and soot – the smog, terrible yellow smog is in the air. That London, that vanished world is still ingrained in me, but here I am miles, and thousands of miles, and continents away from England.’

Whitcomb first visited the United States while an undergraduate at Trinity College, Dublin, back in 1963. ‘Someone asked me what I was studying and I said history. And he said “why do you wanna bother studying that? It’s all happened.” and, of course, that is absolutely true.’ The trip to America, however, proved fateful. Not only did he undertake musical pilgrimages to Nashville and New Orleans, the spiritual homes, respectively, of American country music and jazz, but in a pawn shop in Los Angeles he bought a secondhand Martin ukulele. ‘I was on my way out to see a cousin in Seattle, and I got a job up there performing in a coffee bar. I used to play the piano, and I still play the piano. But I was playing blues and all these old Tin Pan Alley songs, and I’d picked up this ukulele, because I adored George Formby, and I just started doing George Formby tunes – which, of course, nobody over here had ever heard – and they loved them.’

Two years later, he was back, and with Beatlemania in full swing and billed in the American music press as ‘The Next Peter Sellers’, Whitcomb stormed the Billboard top ten with the novelty beat record ‘You Turn Me On’. Its follow-up ‘N-E-R-V-O-U-S’ also charted and he was soon sharing bills with the likes of the Beach Boys and the Rolling Stones, fooling around on TV’s SHINDIG! with the Shangri-Las and producing an LP of rock n roll songs with Mae West – although the latter didn’t see the light of day until 1972.

But, ironically, it was with his next single, a version of the old Vaudeville staple ‘Where Did Robinson Crusoe Go With Friday on Saturday Night’, a hit for Al Jolson in 1916 but alas largely a miss outside of Los Angeles for Whitcomb in 1966, that he came into his own musically. Besting Tiny Tim by a good couple of years, he introduced modern pop audiences to the sound of the ukulele – an instrument then regarded as little more than an antique curio in an era dominated by earnest strummers of acoustic guitars and wild-haired electric axemen.

His contemporary take on many classic music hall and ragtime tunes, caught the ear of another English ex-pat in California, the novelist Christopher Isherwood. The author of Goodbye to Berlin and A Single Man even went on to pen a glowing endorsement of his talents that was printed on the back cover of Whitcomb’s 1967 LP Yellow Underground. ‘Isherwood was a very good example of someone who responded to the freedoms of America, a possibly more extreme example because of his sexuality, of myself. He came from same kind of background, and wanted to get away from this hidebound class system. I got to know him quite well and we talked about it a lot. You see, I’d always been very class conscious in Britain, it was still so strong when I was growing up. It inhibited me tremendously, as a person and as a performer.  And when you think about all the other British people who came out here to Hollywood, not just Isherwood but Chaplin and so on, they came because they couldn’t fit in, in England. In my case I felt a tremendous freedom, and also people here were so nice to me. When I sang, they were deeply encouraging. In Britain whenever I sang they weren’t really impressed, which only made me more nervous as a performer, and probably even less impressive as a consequence.’

Nevertheless, Whitcomb would return to London at the end of the 60s and in 1971 he was hired to be the very first presenter of BBC TV’s legendary music series The Old Grey Whistle Test. Whitcomb, as he himself pointed out, has a very slight stutter. One that is so slight that the show’s producer hadn’t noticed it, though the singer had in fact sent it up in ‘N-E-R-V-O-U-S’, whose chorus-title is actually delivered as “N-N-N-Nervous’. ‘We were doing a run through of the opening show, on the day it was going to air, and I had to do a little introduction to start with. So off I went, “Good evening, I am Ian Whitcomb and this is  The Old Grey… Whoo whoo whooistle Test” – I just couldn’t say the name without stuttering. In the end, they called the music journalist Richard Williams in, and we hosted those first shows together.’

Reinstalled in America soon after that, Whitcomb would go on to present a peerless documentary about the British in California for the BBC, LA My Home Town, but by then he was already carving out another career as an author. His first book, After the Ball: From Rag to Rock, a witty but learned history of popular music appeared to critical acclaim in 1972 and recently republished by Faber and Faber.

In the intervening forty years, Whitcomb has kept on recording and performing music, and written several other books, including a novel, a couple of volumes of memoirs, numerous songbooks and a biography of Irving Berlin. His latest Ukulele Heroes, a survey of the musicians who made the four-stringed instrument a star the first time round, is vintage Whitcomb: urbane and amusing but tremendously informative.

‘Nothing I am interested in has any real purpose’, he maintained, modestly, when asked about his output. ‘Anything I do is purely entertainment. Sometimes it can feel like I am I bleeting away in the wilderness but then I think anybody who is an artist should be insecure, otherwise why would you create anything in the first place. George Formby’, he concluded, before drawing the interview to a close by grabbing his uke and launching into a rousing version of ‘When I am Cleaning Windows’ replete with nods and winks, ‘was terribly insecure.’

After note: Since this interview was first published in Plectrum magazine Ian Whitcomb suffered a stroke in 2012, that has left him with restricted use of his left hand, though he continues to appear with his band around Los Angeles.  Visit his website here.

Last year a new double CD of his recordings of 1920s and 1930s material was released thanks for a successful kickstarter campaign.

Travis Elborough's books include The Bus We Loved, a history of the Routemaster bus; The Long Player Goodbye, a hymn to vinyl records; and Wish You Were Here, a survey of the British beside the seaside. The most recent, London Bridge in America: The Tall Story of a Transatlantic Crossing, was published by Jonathan Cape in February 2013. With Bob Stanley from the band Saint Etienne, he co-wrote the script for How We Used to Live, a BFI London archive film directed by Paul Kelly, that premiered at the 2013 London Film Festival. He is currently the Chisenhale Gallery’s 2014/5 Offsite Artist in Residence in Victoria Park, East London. You can view his website and work here.