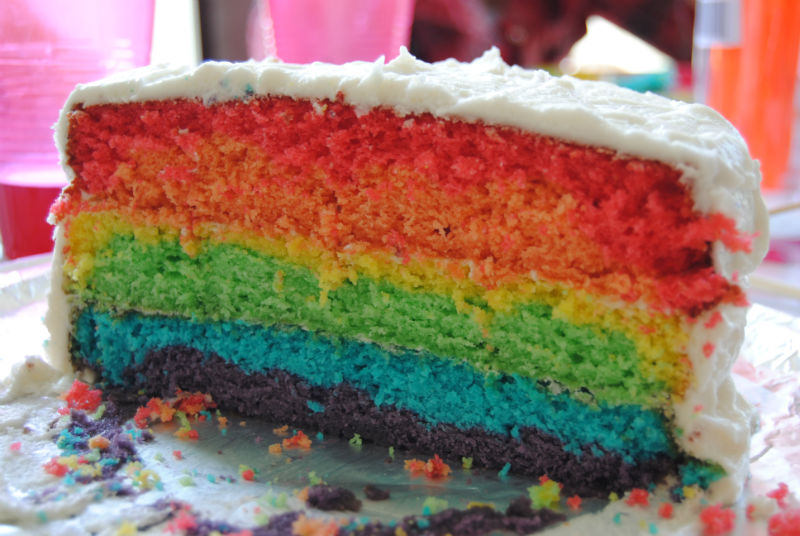 The logic of America’s ongoing culture war can lead to some very strange places, finds Rita…

It has come to this. Americans are arguing over… cakes. Every now and then, as the culture wars rage on, one side or another backs itself into an absurdist rhetorical cul-de-sac from which no amount of verbal gymnastics can conjure escape. The only way to go is down the rabbit hole. Crashing the Mad Hatter’s tea party, once-serious politicians lob cake at one another till not a crumb of sense is left.

The cake wars blew up over the Religious Freedom laws proposed in several states, allegedly to protect Christians from being forced to do business in violation of their religious principles. Opponents, meanwhile, viewed these laws as thinly disguised permission slips to discriminate against gay people. The most frequently cited example was one sure to stir emotions on both sides: the gay wedding. Why should a Christian baker be forced to bake a cake for a gay wedding? Gay Rights proponents, on the other hand, saw the issue as a simple one of discrimination: a law that permitted turning away a customer solely because of their sexual orientation could lead to gays being denied service by any kind of business, they argued. At this point the debate took a dive deep down the rabbit hole.

“Cake is speech,” the Religious Freedom side declared. The new legislation would not, as the Gay Rights lobby claimed, support discriminating against gays in everyday commercial transactions like buying gas, or groceries, or booze. But cake is a different matter, said Indiana pastor Tim Overton:

The cake maker is using his or her artistic ability to make a cake and that cake communicates something. I think that cake is speech, that says ‘we celebrate this union.’ I just don’t think they should be forced by the government to use their speech to support someone else’s perspective.

So now cake is elevated from a mere confection of sugar, butter, and flour to Free Speech protected by the First Amendment. The right not to bake a cake is up there with the right to bear arms. And this argument didn’t just come out of the mouths of obscure pastors but from supposedly serious presidential candidates like Jeb Bush. “Curiouser and curiouser,” cried Alice.

Once cake was out there as a legitimate mode of political discourse it wasn’t long before other groups decided to put it to use. In Buffalo, New York, Presbyterian minister Drew Ludwig gave voice to a more liberal Christian message by handing out cupcakes at gay bars. “I found that our faith was misrepresented,” he said. “Jesus was about loving people … no matter what we can love you and serve you.” His Christian cake mob, as they were dubbed in social media, handed out over 500 rainbow-adorned cupcakes. So parents of little girls, beware. If your darling demands a My Little Pony Rainbow Dash themed-birthday cake you may find yourself unintentionally speaking out for gay rights, or worse, be humiliated by a baker refusing to make that speech for you.

As the culture wars heat up in the run-up to the 2016 election we will no doubt find ourselves in even curiouser arguments. For the time being may I humbly suggest, to paraphrase Gertrude Stein, that a cake is just a cake is a cake is a cake. But then, she was a lesbian.