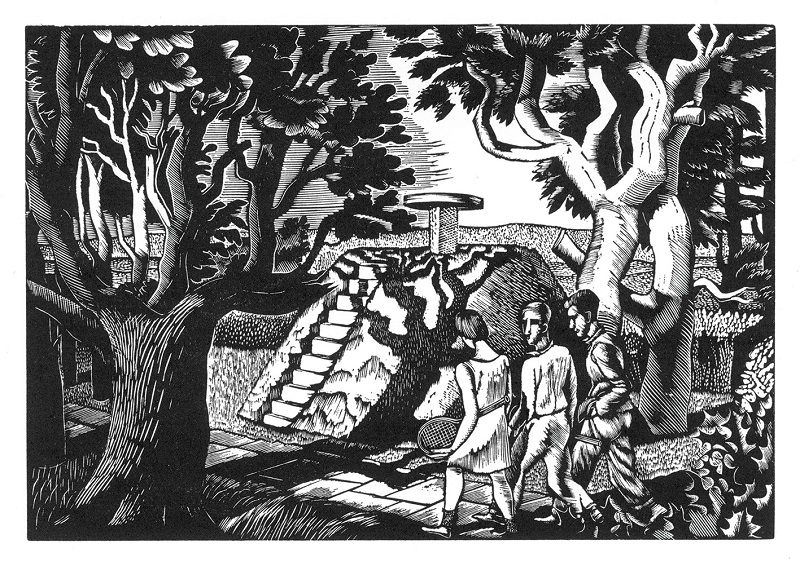 One of the most welcome birthday presents I’ve ever received was a handsome volume of Eric Ravilious Wood Engravings, beautifully produced by the Mainstone Press.

The versatile and prolific Ravilious was as naturally gifted a wood engraver as he was a watercolorist, a true heir of the great Thomas Bewick.

And one of his most successful pieces of work was the wood engraving of old-fahioned, tall-hatted gentlemen cricketers that has graced the dust-wrapper of every edition of Wisden’s Cricketers’ Almanack since 1938 – though now in sadly reduced format. 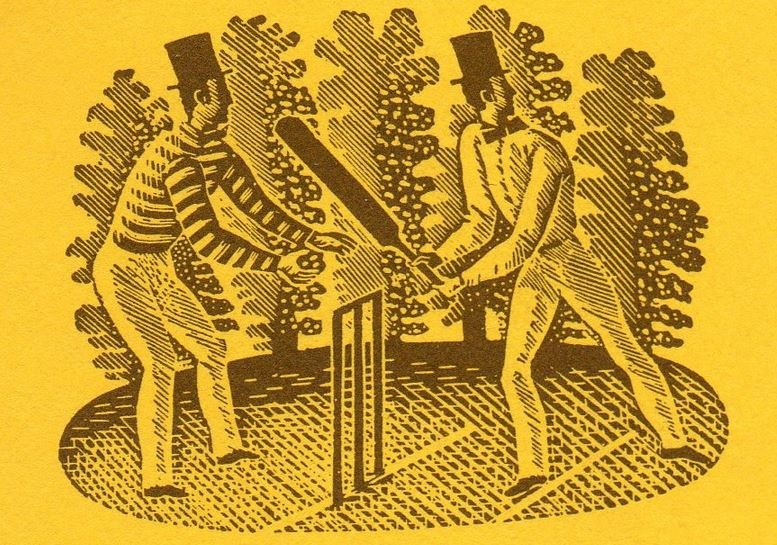 Ravilious loved cricket and was an occasional player. In 1935 he turned out for the Double Crown Club – essentially a dining club for book publishers, designers and illustrators – at the beautiful ground on the hill above Castle Hedingham (where Ravilious lived at the time, with his wife Tirzah). He reported that he was ‘not out, hit four balls and made 1, also bowled a few overs  and in consequence feel as stiff as a poker’ (every occasional cricketer knows that feeling…). Playing another game at the same ground only weeks before the outbreak of the war, he tonked three sixes over the boundary – ‘one of the pleasures of life,’ he recalled afterwards, ‘hitting a six.’

Ravilious took up wood engraving young – before he had discovered his abilities in watercolour and lithography. Tirzah recalled seeing him at work at his parents’ house in Eastbourne.

The family’s pet canary ‘was very fond of him and would sit on his head or flutter on his fingers and peck at the chips from his woodblock while he engraved. Eric was very good at whistling and, by curling up the tip of his tongue and then straightening it in his mouth, he could produce a double note. The bird loved his whistling and would sing so loudly that we were unable to hear ourselves speak and he would have to be removed  to another room…’ 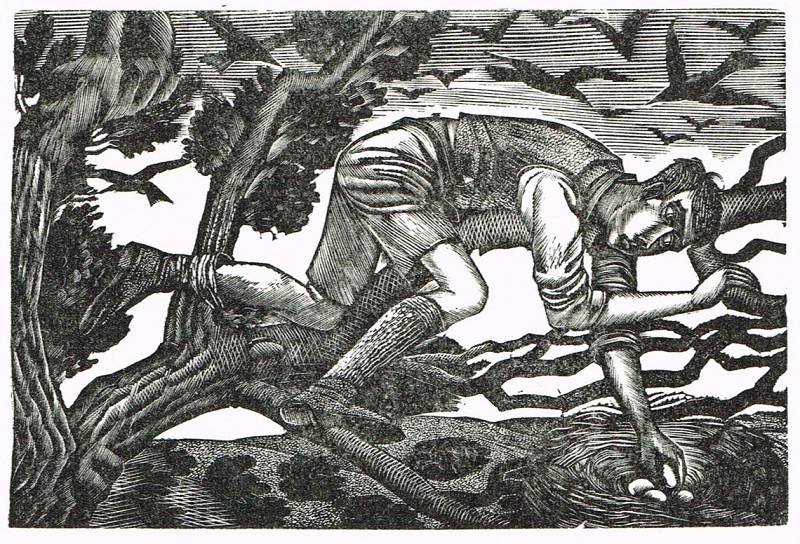 Eric Ravilious was appointed an official war artist in 1940. In September 1942, he flew with an RAF air-sea rescue mission off the coast of Iceland which never returned to base. He was just 39. 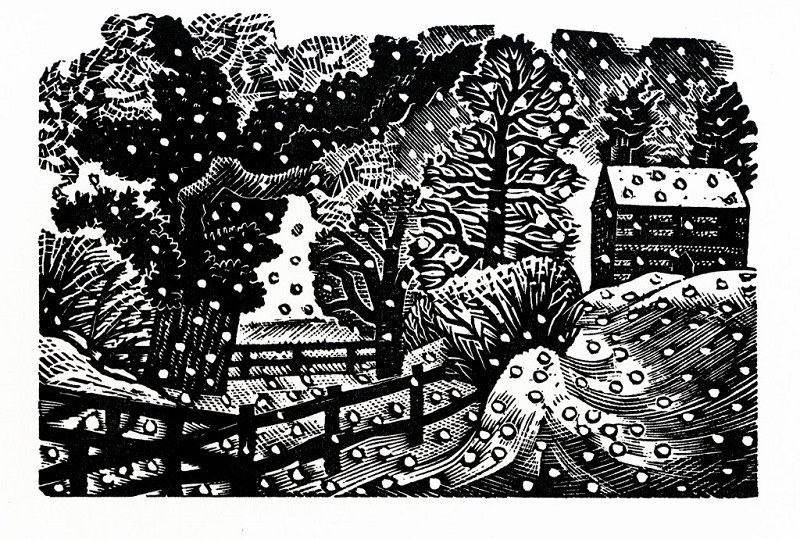