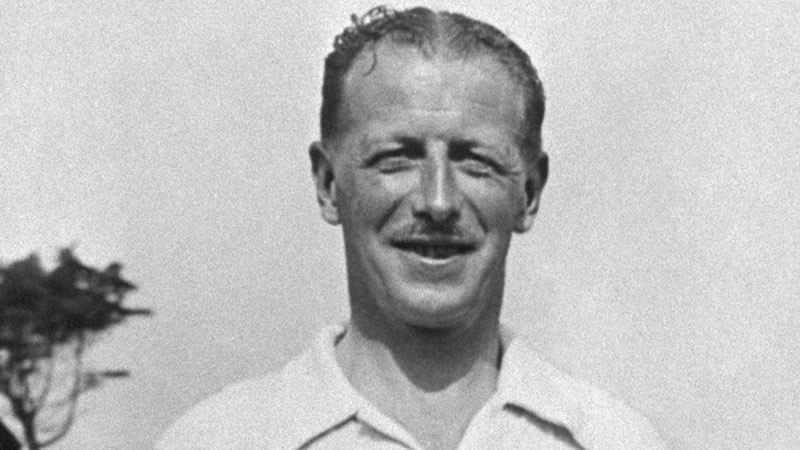 A chain smoking sport star from a simpler time is the star of today’s Wikiworm article, trawled from the deeper recesses of Wikipedia.

Maxwell “Max” Woosnam (1892 – 1965) was an English sportsman who is sometimes referred to as the ‘Greatest British sportsman’ in recognition of his achievements.

Amongst his achievements were winning an Olympic gold and silver in tennis at the 1920 Summer Olympics, winning the doubles at Wimbledon, compiling a 147 break in Snooker, making a century at Lord’s Cricket Ground, captaining the British Davis Cup team, captaining Manchester City F.C. finishing ultimately runners-up for the Football League Championship in 1920–21 and captaining the England national football team.

Max Woosnam was born into to a wealthy family in Liverpool. The son of a clergyman, Woosnam spent most of his childhood in Mid Wales. He attended Winchester College, where he captained the golf and cricket teams, and also represented the school at football and squash. As a schoolboy, he made scores of 144 and 33 not out for a Public Schools XI while playing against the MCC at Lord’s.

In 1911, Woosnam went up to Cambridge. Whilst there, he represented the university at football, cricket, lawn tennis, real tennis and golf (being a scratch golfer), becoming a quadruple Blue.

After Cambridge, Woosnam played amateur football for the then highly successful teams Corinthians and Chelsea.

In the First World War, he fought alongside Siegfried Sassoon on the western front and in the Gallipoli Campaign. Woosnam took part in a number of wartime sporting events, including football and tennis matches.

After the war, Woosnam continued his amateur sporting career, taking part in several sporting events. Woosnam was a finalist in the 1919 All England Plate tournament, a tennis competition held at the Wimbledon Championships which consisted of players who were defeated in the first or second rounds of the singles competition. Following a defeat of Woosnam while representing Cambridge University in a tennis match against Queen’s Club in April 1919, theTimes remarked that “Woosnam is a player of many games, and he could excel at tennis if he could devote enough time to the game… …tennis is a mistress who must be constantly wooed.” However, Woosnam continued to divide his attention; he played football for Chelsea either side of the Queen’s Club match, captaining the team. His performance for Chelsea led to selection for a North versus South international trial match. Once the football season finished, Woosnam took part in several tennis tournaments. He won both the singles and doubles titles in the Cambridge University tournament, and entered Wimbledon for the first time. His tennis form in 1919 led The Times correspondent to describe his partnership with Noel Turnbull as a “doubles team of promise”. Woosnam declined the opportunity to become a professional sportsman, finding the idea ‘vulgar’.

Upon moving to Manchester, he signed for Manchester City on amateur terms. He made his debut on 1 January 1920 against Bradford City, a match which also saw the debut of Sam Cookson. Initially he played only home matches due to other commitments. However, when Manchester City, without Woosnam, suffered a shock 3–0 FA Cup defeat to Leicester City at the end of the month, some supporters blamed Woosnam’s employers, Crossley Brothers. As a result, the engineering firm ordered Woosnam not to miss another game.

Playing at centre half, Woosnam eventually became Manchester City captain at the recommendation of his team-mates. This was highly unusual for an amateur among professionals. Eventually his success allowed him to play for England (both for the amateur team and as a full international as captain). Woosnam was also selected to captain the British football team at the Olympics, but refused, having already committed himself to the tennis team. He continued other sporting endeavours outside of football however, winning doubles titles at Wimbledon and the Olympics, and captaining the Great Britain Davis Cup team.

Woosnam had been working for chemical company ICI in Winnington, Northwich, and, whilst still being on Manchester City’s books, he played for Winnington Park and then for Northwich Victoria in the Cheshire County League. He made his debut for Northwich on Christmas Day, 1924, in a derby match against Witton Albion, resulting in a 3-0 victory for Northwich. He sometimes captained the side, before ending his football career in February 1926 due to injuries and other commitments.

He was appointed to the board of ICI, and died in 1965 of respiratory failure, having been a heavy smoker all his life.

He once defeated actor and film director Charlie Chaplin at table tennis, playing with a butter knife instead of a bat.