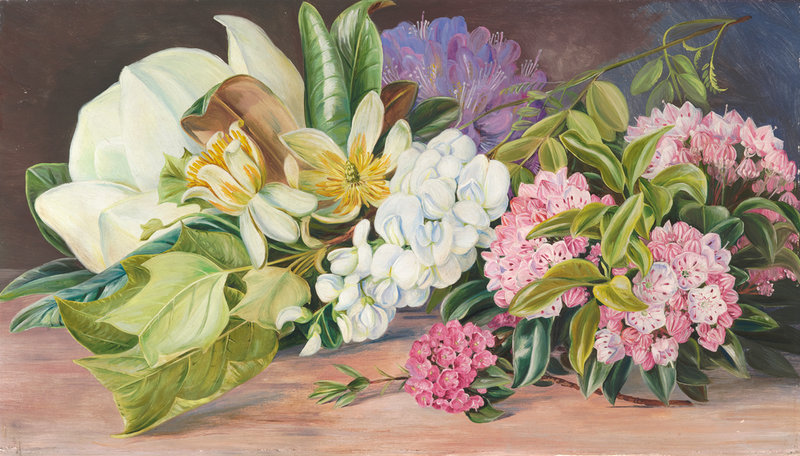 Tomorrow marks the birthday of the brilliant flower painter and tireless traveller Marianne North (born 1830), who, even by the standards of intrepid, globetrotting Victorian spinsters, was pretty extraordinary. In an age before jet travel and motorways (or indeed motor transport), she travelled and lived in Jamaica, Canada, the United States, Brazil, Tenerife, Japan, Ceylon, India, Borneo, Java, Australia, New Zealand, South Africa, the Seychelles and Chile – all in the space of a decade and a half.

And wherever she went, she painted her astonishing, botanically accurate, vividly coloured oil paintings of the exotic plant life she found. What’s more, she painted these plants not as specimens in isolation but as organisms in an ecosystem, creating pictures that are beautifully composed and richly detailed as well as precisely descriptive.

Born into a wealthy and well connected family, Marianne shared her father’s passion for travel and botany and, when she found herself alone and free following his death (in 1869), she decided to indulge them both, along with her new-found love of oil painting – which she described as ‘a vice like dram-drinking, almost impossible to leave off once it gets possession of one’.

She abhorred marriage – ‘a terrible experiment’, in her view, that turned women into ‘a sort of upper servant’ – and disliked company, so most of the time she lived, travelled and painted alone. ‘I am a very wild bird,’ she declared, ‘and like liberty.’ 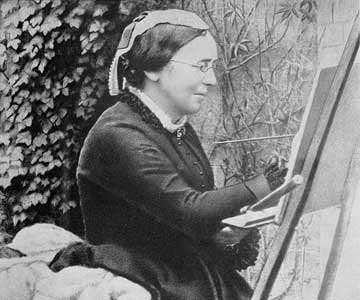 She became a reluctant celebrity in her own lifetime and the crowds flocked to an exhibition of her work in London in 1879 – a success from which she shrank, but which gave her an idea:  to give all her paintings as a gift to the Royal Botanical Society at Kew, and to build a gallery at her own expense to display them to the public.

The gift was rather reluctantly accepted, and the gallery – a temple-like building in a corner of the Gardens – is still there. It was recently restored, and is quite unlike anything of its kind – indeed Kew claims it is the only gallery devoted to a single female artist, with full public access, anywhere in the UK. 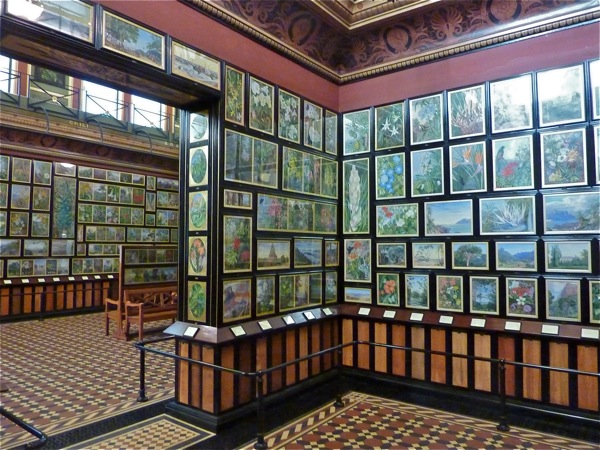 The effect of Miss North’s paintings en masse is somewhat concussing – those colours! Her palette was certainly well adapted to the tropics.

But then, if she hadn’t painted in vivid oils, but in the more usual delicate watercolours, little or nothing of her work would have survived.