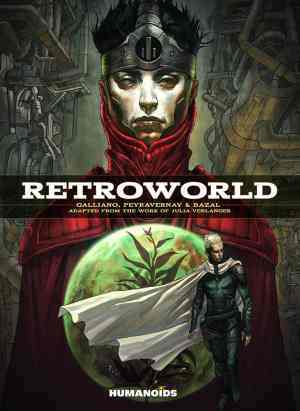 I’ve never been much of a Star Trek fan. It’s not because I don’t like Science Fiction- Star Wars and alien invasion B-movies were a big part of my childhood, I grew up reading 2000AD, and I wrote my thesis on Philip K. Dick before it was fashionable to do such things. No, I hate Star Trek because it’s so utterly dishonest about human nature and the universe we live in.

Star Trek: The Next Generation is especially egregious. It’s essentially a soap opera about UN diplomats in space, only instead of standing by impotently while alien races are massacred by enemy species, or dispatching squads of blue space-helmeted peacekeepers on alien rape missions, the dull inhabitants of the Starship Enterprise actually succeed in solving pretty much all the cosmos’s problems with a bit of discussion and the application of sweet reason. I mean, why can’t we all (with the exception of the Borg) just get along?

Well, given that we can’t get along on this planet, it’s just- well, bollocks- to suggest we might in the future dispatch members of our own species to show alien races how it’s done. Yes, yes, I know it’s a fantasy but it’s the wrong kind of fantasy. Star Trek is an exercise in wish fulfillment as dreary, tedious and dry as that of any 19th century utopian novel written by a repressed, bearded, socialist bore. Some people like that sort of thing of course, and good for them. As for me I prefer those visions of the future where it’s just monkeys and men fighting it out in a post-apocalyptic wasteland. That’s a lot more likely, IMHO.

Still, absurd as the idea of a problem-solving space UN may be, it’s not as absurd as some other potential SF political metaphors. Consider the possibility of the EU in space, for example. Nobody would be so eccentric as to write a story about members of a sublimely wise, benevolent EU-style space federation helping the denizens of less advanced planets fulfill the conditions required to grant them access to this cosmic trade and tourism-boosting body … surely?

Well, actually somebody did. Only it was not a British author, but a French one- Julia Verlanger. As readers of this extremely irregular series may vaguely recall, I am a fan of what the French call BD AKA bandes dessinees, AKA comic strips. I’ve written about some very strange ones before, including some mind-bendingly psychedelic examples of the form. And yet nothing could have prepared me for Retroworld, or as I like to call it: How the Space EU Rescued a Primitive Planet Standing in for a Backward European Mudhole from its Own Lack of Enlightenment.

I am serious. In Retroworld, which I read as a BD adaptation by the writer Patrick Galliano and the artists Bazal and Cédric Peyravernay, the human race has been scattered to lots of different planets, and in many cases the inhabitants of these worlds have forgotten their origins and descended into barbarism. Against this backdrop the super-sophisticated Brotherhood of the Stars/Space EU seeks to enlighten, and if possible absorb, the less advanced members of the divided human family into its wise, trade-boosting embrace.

And so the Brotherhood dispatches a lone ambassador to Almagiel, a swampy, primitive world where an elite property owning class forces the rest of the planet to work as slaves, harvesting an aquatic cereal plant called Montbasse. The ambassador’s mission? To persuade the inhabitants of Almagiel to abandon slavery and join the Space EU. For instance, he promises, if you join the space EU you’ll get some awesome refrigerated silos. Pretty tempting n’est-ce pas?

Alas, some of the inhabitants of Almagiel have a very narrow view of their own interests and scupper the accession plans, framing the ambassador for murder. It’s at this point that Verlanger takes some imaginative liberties that are extreme even for a work of SF, a genre where many strange and outlandish ideas can find a home. For rather than wait for the Space USA Military to sort out the mess, or at least drop a few bombs, the Space EU ambassador turns out to be highly competent and even good in combat. He joins up with a local to fight a bunch of cool monsters and escape from a slave camp, all the while raising the consciousness of his new partner. I won’t tell you how it ends- let’s just say that nobody annexes the Crimea.

Anyway, the interesting thing is that Verlanger died in 1985, and so she never lived to see the creation of the EU, that august body where post-modern technocrats faff about while imagining themselves to be highly evolved futurebeings. And yet it’s all there- the arrogance, the condescension, the flattering self-image, all that stuff about being super-civilized lovelypersons who are driven by a benevolent impulse to liberate backward peoples from their national consciousness and encourage them to delight in shared markets, etc. Even the curious, colourless sterility of the EU elites is in there.

How did she do this? I suspect that Verlanger was reading about the EC’s efforts to absorb Greece, Spain and Portugal- which had recently joined or were about to join the commission after spending a few decades as dictatorships- and as an SF author given to thinking in futuristic metaphors, she saw the outline of Things to Come in her own era. As it is, Space EU nonsense notwithstanding, Retroworld is actually a lot more entertaining than Star Trek. It has sex (although the space EU ambassador doesn’t get any, natch- only the local primitive), and violence, and fights with giant space crustaceans in it, for instance. It also has great art.

But I still prefer Judge Dredd.

7 thoughts on “Retroworld or, The EU in Space”