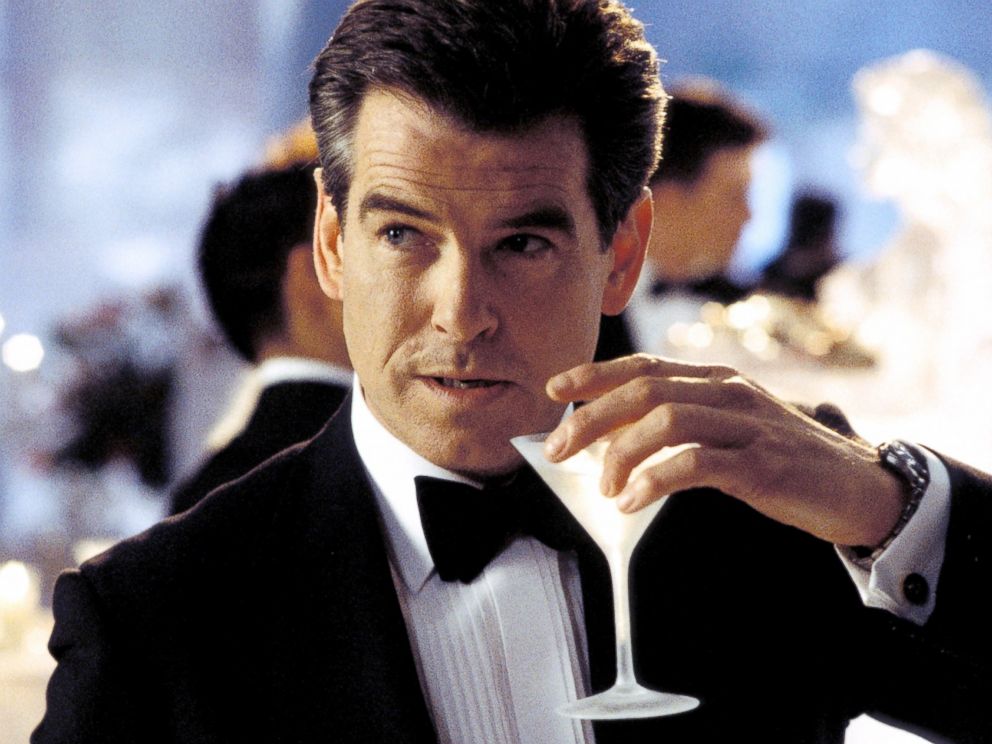 Just why did Britain’s favourite alcoholic spy decide to conspicuously mangle his drinks? Wikipedia has the (sort-of) answer…

“Shaken, not stirred” is a well-known catchphrase of fictional British Secret Service agent James Bond, regarding his preference for how he wished his martini prepared.  It was first uttered by Sean Connery in Goldfinger in 1964 (though the villain Dr. Julius No offers this drink and utters those words in the first film, Dr. No, in 1962). It was used in numerous Bond films thereafter with the notable exceptions of You Only Live Twice, in which the drink is offered stirred, not shaken (Bond, ever the gentleman, ignores his host’s gaffe, telling him the drink is perfect), and Casino Royale, in which Bond, after losing millions of dollars in a game of poker, is asked if he wants his martini shaken or stirred, and snaps, “Do I look like I give a damn?”

Andrew Lycett, an Ian Fleming biographer, believed that Fleming liked his martinis shaken, not stirred because Fleming thought that stirring a drink diminished its flavour. Lycett also noted that Fleming preferred gin and vermouth for his martini. It has also been said that Fleming was a fan of martinis shaken by Hans Schröder, a German bartender. A part of Ian Fleming’s James Bond character was based on people in his surroundings. One such influence was his friend Bernhard von Lippe-Biesterfeld, who drank his vodka martini as Bond did, always shaken, not stirred.

Harry Craddock’s Savoy Cocktail Book (1930) prescribes shaking for all its martini recipes. However, many bartenders insist that any cocktail that involves nothing but transparent ingredients – such as martinis, manhattans, and negronis – must be stirred in order to maintain clarity and texture. The former is an aesthetic concern, the latter a matter of culinary taste. Shaking a drink is quite violent, and necessarily introduces air bubbles into the mix. This results in a cloudy appearance and a somewhat different texture on the tongue when compared to a stirred drink. However, when any of the ingredients are opaque (such as citrus juices, dairy, or eggs), aesthetically pleasing clarity and texture are not as much of an issue. Furthermore, studies have shown that, while techniques and type of ice used to play a role in the final effect of chilling and diluting a drink, both shaking and stirring result in chilling the drink with equal effectiveness; stirring merely takes longer. In essence, then, James Bond doesn’t seem to care that his martini will be ugly upon presentation, or he might prefer the “shaken” version for its texture, or for the fact that he will receive his drink slightly earlier because shaking chills a liquid faster. 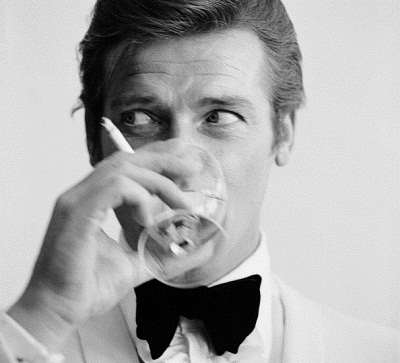 Some connoisseurs believe that shaking gin is a faux pas, supposedly because the shaking “bruises” the gin (a term referring to a slight bitter taste that can allegedly occur when gin is shaken). In Fleming’s novel Casino Royale, it is stated that Bond “watched as the deep glass became frosted with the pale golden drink, slightly aerated by the bruising of the shaker,” suggesting that Bond was requesting it shaken because of the vodka it contained. Prior to the 1960s, vodka was, for the most part, refined from potatoes (usually cheaper brands). This element made the vodka oily. To disperse the oil, Bond ordered his martinis shaken; thus, in the same scene where he orders the martini, he tells the barman about how vodka made from grain rather than potatoes makes his drink even better. Shaking is also said to dissolve the vermouth better making it less oily tasting.

While properly called a Bradford, shaken martinis also appear cloudier than when stirred. This is caused by small fragments of ice present in a shaken martini. This also brings into question the movie versions, which are never cloudy.

2 thoughts on “Shaken not Stirred”