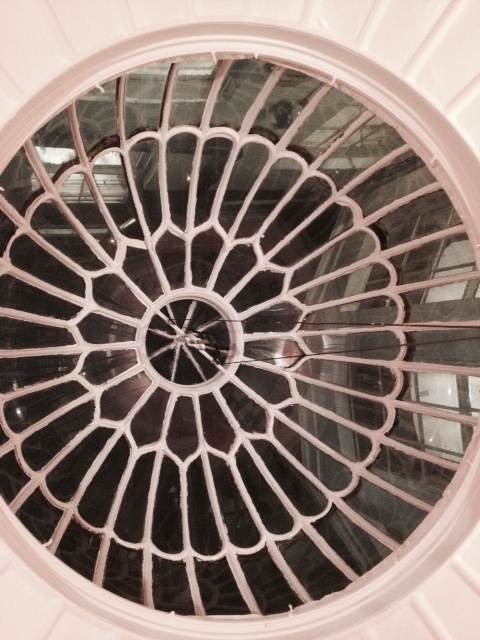 Terry Stiastny, a new John Murray author, on a visit to her publisher’s historic home…

Daylight falls into a below-stairs office at 50 Albemarle Street from an elaborate glass rotunda above. The rotunda has a strange quality: if you stand beneath the highest point of the dome and speak, you hear your own voice echo in your head. It feels as though you’re listening to yourself through headphones.

It’s not the only strange aspect to this room, or by far the only story that the building holds. The house in Mayfair has been owned by the John Murray family for over two hundred years, and for most of that time it was the headquarters of their eponymous publishing firm. The offices have since moved elsewhere, but the publishers still hold a biennial party here for their authors.

Arriving at the party, I was greeted by the seventh John Murray. Portraits of him and his forbears line the stairs, as do paintings of their authors. There’s a young, studious Freya Stark; John Betjeman; Patrick Leigh Fermor. Enter the rooms upstairs and the company is even more awe-inspiring: Washington Irving and the explorers Livingston, Barrow and Franklin. And of course, the cad himself.

As Lady Caroline wrote, ‘When I enter a room I know where you are by a row of beaming eyes all turned askance after you.’ He’s still there, in two famous portraits. Byron wrote back to Lamb dismissively in words that could have come from the transcripts of many contemporary court cases: ‘you say you will “destroy me” — perhaps you will only save me the trouble.’

One of the portraits hangs above the fireplace in which Byron’s memoirs were burnt, when news of his death reached London in May 1824. The arguments about whether it was right or wrong to burn the manuscript raged before and after the event, causing feuds and rival accounts of the decision. Murray argued it was done to protect Byron’s name from ‘everlasting injury’, because of the supposed scandals it contained. Someone who repeated the legend to me wondered, though, whether the memoirs were ever as scandalous as they were made out to be.

The legend persists because we’ll never know, though some authors, such as Tom Holland and Benjamin Markovits, have imagined what would happen if we did. In two hundred years’ time, will future authors be awestruck by the site of a desk cubicle? ‘Look,’ they’ll be told. ‘This is where the editor pressed the key that consigned that manuscript to the trash. And then it was permanently deleted.’

The modern world can still have its romance, its dramas and the stories that retell them — and as the Guardian’s experience with the Snowden files shows, deleting information is not that simple. As the editors took the angle-grinders to their hard-drives, they might have reflected that burning a manuscript would seem simpler by comparison.

Terry’s novel Acts of Omission is out in hardback on 17th July – you can pre-order it here.

3 thoughts on “Ashes to Angle-Grinders”