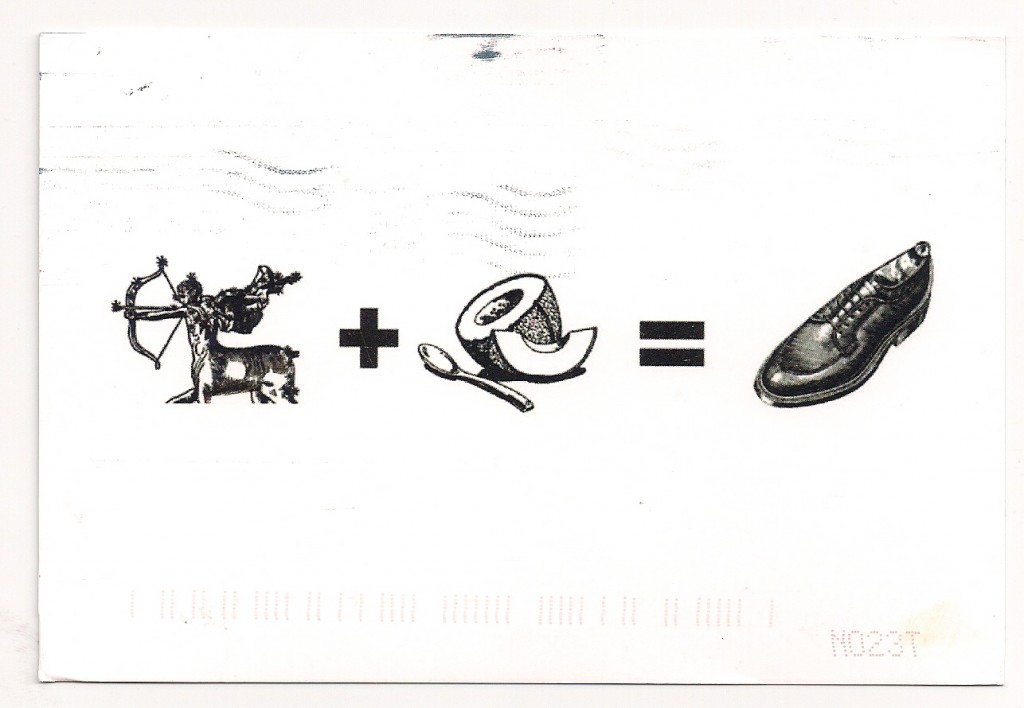 The more I read this unusual wikipedia article, the less I understand. It seems to be some sort of situationist dadaesque wheeze for frenchmen who like to think that they’re a bit ‘kraaaazy’…

‘Pataphysics is a philosophy or media theory dedicated to studying what lies beyond the realm of metaphysics. The concept was coined by French writer Alfred Jarry (1873–1907), who defined ‘pataphysics as “the science of imaginary solutions, which symbolically attributes the properties of objects, described by their virtuality, to their lineaments”.

There are over one hundred differing definitions of pataphysics. Some examples:

“Pataphysics is the science of that which is superinduced upon metaphysics, whether within or beyond the latter’s limitations, extending as far beyond metaphysics as the latter extends beyond physics. … Pataphysics will be, above all, the science of the particular, despite the common opinion that the only science is that of the general. Pataphysics will examine the laws governing exceptions, and will explain the universe supplementary to this one.”

“Pataphysics passes easily from one state of apparent definition to another. Thus it can present itself under the aspect of a gas, a liquid or a solid.”

“Jarry performs humorously on behalf of literature what Nietzsche performs seriously on behalf of philosophy. Both thinkers in effect attempt to dream up a “gay science”, whose joie de vivre thrives wherever the tyranny of truth has increased our esteem for the lie and wherever the tyranny of reason has increased our esteem for the mad.”

Jarry mandated the inclusion of the apostrophe in the orthography, ‘pataphysique and ‘pataphysics, “to avoid a simple pun”. The words pataphysician or pataphysicist and the adjective pataphysical should not include the apostrophe. Only when consciously referring to Jarry’s science itself should the word pataphysics carry the apostrophe. The term pataphysics is a paronym (considered a kind of pun in French) of metaphysics. Since the apostrophe in no way affects the meaning or pronunciation of pataphysics, this spelling of the term is a sly notation, to the reader, suggesting a variety of puns that listeners may hear, or be aware of. These puns include patte à physique (“physics paw”), as interpreted by Jarry scholars Keith Beaumont and Roger Shattuck, pas ta physique (“not your physics”), and pâte à physique (“physics pastry dough”). 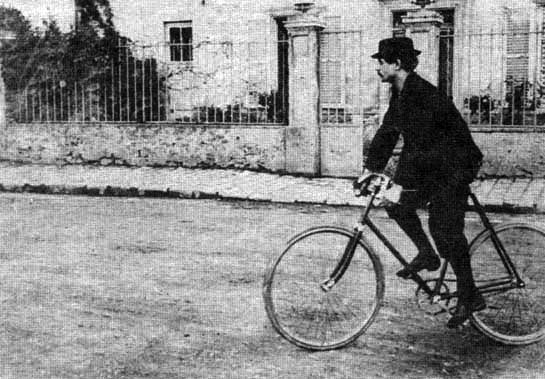 Jarry riding an imaginary bicycle past a lobster trombone

The Collège de ‘Pataphysique, founded in 1948 in Paris, France, is a “society committed to learned and inutilious research”. (The word ‘inutilious’ is synonymous with ‘useless’.) The motto of the college is Latin: Eadem mutata resurgo (“I arise again the same though changed”), and its current Vice-Curator is Her Magnificence Lutembi – a crocodile. The permanent head of the college is the fictional Dr. Faustroll (Inamovable Curator), with assistance of the equally fictional Bosse-de-Nage (Starosta). The Vice-Curator is as such the “first and most senior living entity” in the college’s hierarchy. Notable members have included Noël Arnaud, Luc Étienne, Latis, François Le Lionnais, Jean Lescure, Raymond Queneau, Boris Vian, Eugène Ionesco, Jacques Carelman, Joan Miró, Man Ray, Max Ernst, Julien Torma, Roger Shattuck, Groucho, Chico and Harpo Marx, Baron Jean Mollet, Irénée Louis Sandomir, Opach and Marcel Duchamp.

Although France had been always the centre of the pataphysical globe, there are followers up in different cities around the world. The London Institute of ‘Pataphysics was established in September 2000 to promote pataphysics in the English-speaking world. The institute has various publications, including a journal and has six departments: Bureau for the Investigation of Subliminal Images, Committee for Hirsutism and Pogonotrophy, Department of Dogma and Theory, Department of Potassons, Department of Reconstructive Archaeology and The Office of Patentry. 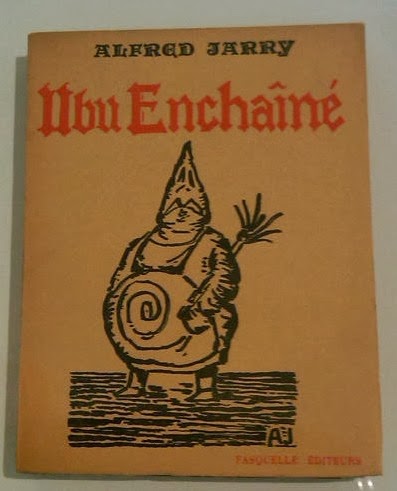 A clinamen is the unpredictable swerve of atoms that Bök calls “the smallest possible aberration that can make the greatest possible difference”. An example is Jarry’s merdre, a swerve of French: merde.

An antinomy is the mutually incompatible. It represents the duality of things, the echo or symmetry, the good and the evil at the same time. Hugill mentions various examples including the plus minus, the faust-troll, the haldern-ablou, the yes-but, the ha-ha and the paradox.

The syzygy originally comes from astronomy and denotes the alignment of three celestial bodies in a straight line. In a pataphysical context it is the pun. It usually describes a conjunction of things, something unexpected and surprising. Serendipity is a simple chance encounter but the syzygy has a more scientific purpose. Bök mentions Jarry suggesting that the fall of a body towards a centre might not be preferable to the ascension of a vacuum towards a periphery.

An anomaly represents the exception. Jarry said that “pataphysics will examine the laws governing exceptions, and will explain the universe supplementary to this one”. Bök calls it “the repressed part of a rule which ensures that the rule does not work”.

“Pataphysical science” is mentioned as a course of study for Maxwell Edison’s first victim, “Joan”, in the song “Maxwell’s Silver Hammer” on the Beatles album, Abbey Road.