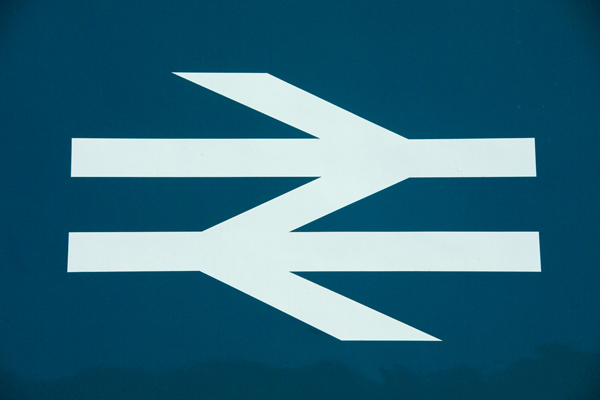 Fortunately I am too young to have faced any prolonged exposure to this thoroughly besmirched foodstuff. Perhaps you dabblers have a particularly piquant memory of these curly triangles of terror?

In British humour, the phrase British Rail sandwich refers to sandwiches sold for consumption on passenger trains of the former British Rail (BR). Its use principally arose in British popular culture through comedic references to the food item as emblematic of the unappetising fare available aboard Great Britain’s railway service during the period of nationalisation from 1948 to 1994.

According to former BR caterer Myrna Tuddenham, the poor reputation of BR sandwiches likely owed to the practice of keeping the sandwiches “under glass domes on the counters in refreshment rooms until the corners turned up”. Despite the many jokes at its expense, British Rail documents show that in 1993, its last full year as a public company, eight million sandwiches were sold. Historian Keith Lovegrove wrote that it was “a sandwich of contradictions; it could be cold and soggy, or stale and hard, and the corners of the isosceles triangle-shaped bread would often curl up like the pages of a well-thumbed paperback”.

The British Rail sandwich was often ridiculed on British radio and television and in numerous books. An episode of The Goon Show entitled The Collapse of the British Railway Sandwich System was first broadcast on the BBC Home Service on 8 March 1954. In 1972, the show Milligna (or Your Favourite Spike) included spoof news items, including “Long-missing Van Gogh ear found in a British Rail sandwich”.

In his book Queuing for Beginners: The Story of Daily Life From Breakfast to Bedtime, Joe Moran describes the British Rail sandwich as “a metaphor for social decline since it became a running joke on The Goon Show”. Bill Bryson wrote in Notes from a Small Island: “I can remember when you couldn’t buy a British Rail sandwich without wondering if this was your last act before a long period on a life-support machine.”

The British Rail sandwich has been used as a negative point of comparison for other ready-to-serve meals, especially regarding transportation in the United Kingdom, and representative of the negative effects of British nationalisation of industry in the middle of the 20th century. A 1997 article in The Independent referred to the sandwich as “an indictment of statist, bureaucratic corporations” privatised by Prime Minister Margaret Thatcher, who had “swept aside James Callaghan, prices and incomes policies and the British Rail sandwich”.

It has also been used as a negative point of comparison for poor service in general. In 1988, Investors Chronicle described British Telecom’s quality of service as “attracting the sort of public abuse once reserved for the British Rail sandwich”. In 2007, Sir Michael Bishop, then chairman of airline BMI, wrote that Heathrow Airport “now has the reputation formerly held by the British Rail sandwich”. 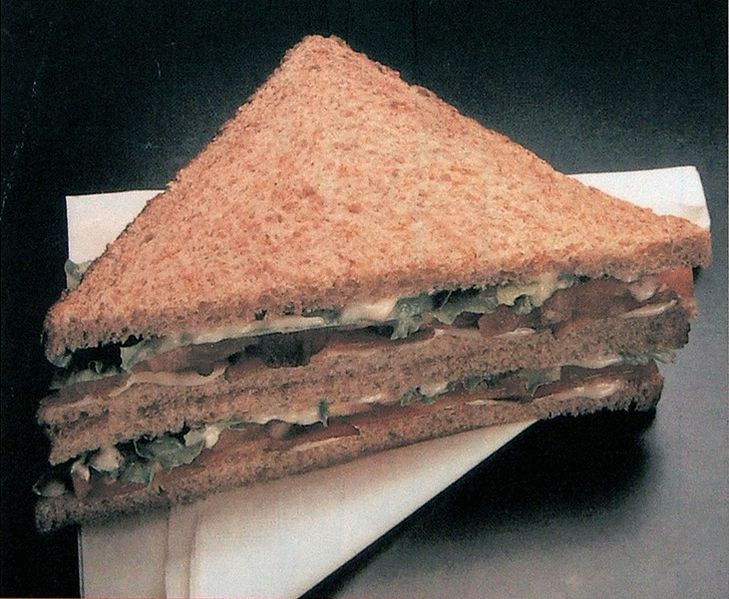 In 2001, the National Railway Museum in York discovered a November 1971 document featuring sandwich recipes, issued by Director of Rail Catering Bill Currie. The document states its aim to make BR meals “the best on the track” and describes the precise amount of sandwich filling to be placed on the sandwich. A typical ham sandwich would contain one slice of ham, another slice of ham would be folded in half and be placed diagonally over the first slice. When the sandwich was cut diagonally it would make it appear that it contained three slices of ham when in reality it only contained two.

In France, this kind of unappetising sandwich is named “sandwich TGV”, by assimilation with the quality of sandwiches sold in French high-speed trains.

12 thoughts on “The British Rail Sandwich”